By Dilshat Zhussupova in Business on 22 May 2019 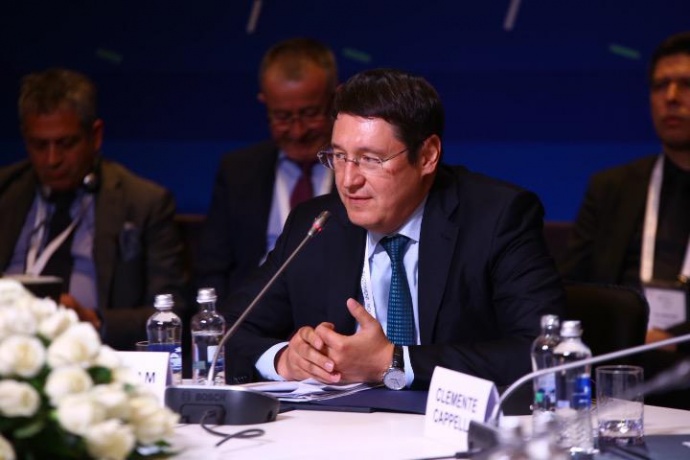 Kazatomprom, the world’s largest uranium producer, placed 15 percent of its shares worth $431 million on the London Stock Exchange and Astana International Exchange in November. It was the first national company listed on an international stock exchange, and its shares were purchased by 49 foreign and 17 local companies and 2,700 Kazakh citizens.

Kazakhtelecom and Air Astana are expected to go public this year, giving momentum to the government’s privatisation programme.

“All IPO cases are different, each with a different strategy and approach,” said Satkaliyev at the roundtable on Kazakhstan’s Privatisation Drive: Building a Capital Market Through the IPO of State-Owned Champions. “Kazakhtelecom is the leading telecommunications operator in our country, accounting for 61 percent of mobile network communication. Its shares will be listed at the Astana International Exchange this year, and we are almost at the final stage. We anticipate a strong interest from the investor community because they like the company’s history.”

“Tau-Ken Samruk is a promising national mining company that deals with solid minerals. Currently, the company operates eight projects in metals, such as zinc, copper, gold and silver. All of them are at different stages of development. We believe that we need a special programme for this company and need to attract international investment institutions and banks as investors,” he said.

“We are working on the financial stability of the companies and understand that they should pass this stage in two to three years time and, only then, can go public,” noted Satkaliyev. “We enlisted KPMG as an independent expert (for Kazpost), and they advised that we list a certain number of its shares. Kazpost’s current operating conditions require subsidies from the government for things such as a local postal service. We believe that all these companies are very promising, especially Kazpost because it has a very interesting logistics project.”