NUR-SULTAN – Amirzhan Kossanov, 55, considers himself the opposition candidate in the upcoming June 9 presidential elections in Kazakhstan, he told The Astana Times in an exclusive interview. 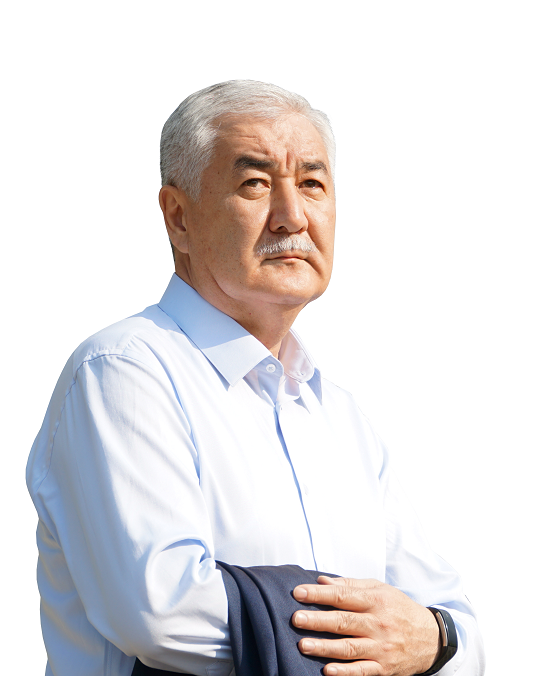 This year’s election ballot will feature seven candidates and for the first time in the history of Kazakhstan, founding President Nursultan Nazarbayev is not a candidate.

Kossanov said the situation gives him a “political chance” to reach out to people with his campaign and vision.

“The current situation allows an alternative candidate to take part in the elections. The very fact of my registration as an opposition candidate gives hope that I will have an opportunity to spread my programme and my vision of Kazakhstan’s future to our voters,” he said.

Kossanov has been in politics for more than 20 years. He has been involved in presidential elections in Kazakhstan in 1999 and 2005 and had led National Social Democratic Azat Party (OSDP – Azat) in Kazakhstan.

“Currently, there is quite a strong protest sentiment and I am the only opposition candidate, which gives me hope that those who are not satisfied with the current status quo, current policies and those that demand changes will support me,” said Kossanov.

Running for office is an opportunity to impact a transition of power following the unexpected resignation of country’s founding President Nursultan Nazarbayev.

“Through the votes we earn at our election, it will impact the future model of the state and it is, I believe, the responsibility of every politician,” he said.

Kossanov sees Kazakhstan’s future in its “open, fair and democratic society with political reforms in place.”

“I believe it is high time for reforms. Unfortunately, the so-called ‘economy first, politics second’ model shows unsatisfactory results. We have a quite liberal economy, but quite conservative and stagnant political system. Basic norms, such as checks and balances, distribution of power, freedom of speech, free and fair elections, are present in the Constitution, but it is time to make them a reality,” he said.

Robust civil society is essential to “form the future political order of Kazakhstan.”

“Due to the fact that we often have early elections, people developed an apathy to politics, when they doubt if they should vote if the decision is foregone,” he said.

“Not only developed countries of the West, where democracy is a tradition, are changing, but also post-Soviet countries. The time has come for a new generation to come that sees the future of Kazakhstan from a different perspective,” he said.

“All drawbacks and gaps in the political system that we have, they are in the Constitution, laws that it produces. We need to change it, to bring basic norms that distribute power between branches of government. We need it to be the document of direct action. Sometimes, the laws say one thing, but the constitution says something different,” said Kossanov.

Kossanov, who is the youngest among the seven candidates, underscored the need to give young people an opportunity to be change makers.

“It is time for new politicians. Look at the world, France, Ukraine and other countries, where there are young, energetic and creative leaders. I think Kazakhstan has deserved new figures, new politicians after so many years of political stagnation,” he said.

“If I were president, I would suggest anyone in power, deputies, heads of national companies, to leave when they reach a retirement age and give opportunity to youth. There needs to be continuity. Young people should not be waiting for this in a queue,” said Kossanov.

Young people, he noted, need support from the state in three areas – education, employment and housing.

“The state has resources to do that. Our youth is forward-minded, developed and competitive. They know what they want, they are more educated than an older generation. They feel comfortable in a market economy. We just need to create conditions,” he said.

Kossanov said brain drain is a “tragedy for the country.”

“This is a gold reserve, which means the state needs to create conditions for them in the country. First of all, it is about curbing corruption. Many say it is difficult to fulfil one’s potential, where everyone needs connections. This needs to be eliminated by creating equal conditions and opportunities,” he said.

“To prevent corruption, we need for heads of organisation not to take bribes. If we talk about comprehensive measures, I believe there is a universal measure to fight corruption, which is distribution of power between branches of government, when competent parliament will check and balance executive branch, government and ministers,” he said.

Small and medium sized businesses as a driver of economic growth

Kossanov said the Kazakh economy needs political decisions. Among those is diversification.

“Every year the government raises this issue, but there is no progress. We are still not able to move away from oil dependence. It is time to make a political decision. I think this oil and gas lobbying from oligarchs that sell Kazakhstan’s natural resources do not allow the state to make major decisions,” he said.

He suggests developing the economy through the development of small- and medium-sized businesses, in what he sees as a “most sustainable foundation for future development of Kazakhstan.”

“We need to encourage business. We need to create a cult of small and medium businesses,” he said.

Kossanov said Kazakhstan, where the share of SMEs in the GDP is 26 percent, should strive towards the level of developed countries, where the figure is 60 percent.

Course towards Europe and European standards

“European standards in economy, political, social and legal sphere are universal. They have what we do not see here. It is also education, why many young people go there to study. We need to strive to this. I do not mean geography, but once we reach them, we will have better quality of life and higher incomes,” said Kossanov.

Aspiring to European standards goes hand in hand with maintaining friendly ties with its neighbours, he said.

“Unfortunately, post Soviet countries, including Russia, do not set an example for us in terms of economy, social sphere and democracy. The course towards Europe is close for us and I believe many people, primarily young people, support me,” he said.

Kazakhstan needs to break away from the Soviet past.

“There are still some tragic periods in the Kazakh history that remain undisclosed. These are Zulmat and Asharshylyk (1930-1933 Kazakh famine sparked by Soviet collectivisation that claimed lives of 1.5 million Kazakhs), Stalin’s repressions, many closed pages during the era of stagnation (1964-1985 years of Brezhnev rule and economic problems) and a lot is untold about the December 1986 events,” said Kossanov referring to the manifestations in Almaty against Moscow’s appointment of an ethnic Russian in charge of the Kazakh Communist party which resulted in violent clashes with security forces.

In his election platform, Kossanov also proposes to strengthen the role of the Kazakh language as a “factor uniting the country’s citizens.” He suggests creating a list of professions that will require Kazakh language proficiency.

“For instance, before registration as a presidential candidate, I passed an exam to prove my knowledge of the Kazakh language. Why our ministers and governors do not pass the exam? They also work for the state. Why a president must know it and they are not required. It is not only about respect for the people and language, but a practical need,” said Kossanov.