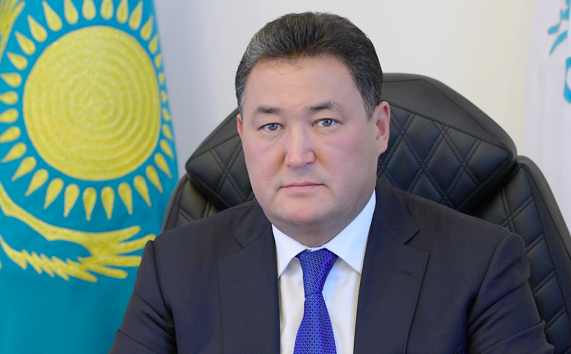 What socio-economic issues are on the agenda in your region? What work is planned to improve performance in the coming years?

We have been increasing industrial production in the region for the third year in a row. These figures grew by 4.8 percent in 2018. The region has 16 backbone enterprises, its own fuel, a widely developed energy system that enables to keep creating energy-intensive enterprises and small and medium businesses around them.

Having said that, we decided that today we should follow the path of a cluster development. After launching the production of alloyed aluminium and light alloy wheels with a capacity of 1 million units per year in the Pavlodar Special Economic Zone (Giessenhaus, LLP and Vektor Pavlodar, LLP), we opened an aluminium cluster. We are going to create the production of cast alloys, aluminium profiles, sheets, aluminium foil, wrought alloys and others. These are high value-added products with a great export potential.

The aluminium cluster is not the only one being developed in the region. A petrochemical cluster with enterprises such as Neftekhim LTD LLP, UPNK-PV LLP, KazBitumService LLP, Severkhim LLP, has already grown around the Pavlodar Petrochemical Plant LLP.

Ekibastuz that used to be the mining production centre developed a railway cluster. A number of enterprises have been created, such as the Kazakhstan car-building company, Prommashkomplekt LLP and others that have mastered the entire product line for railcars and railway tracks. These are Format Mach Company LLP, Technological Lines LLP, RWS Binding LLP, RWS Wheelset LLP and RWS Concrete LLP. All cluster enterprises will fully provide Kazakhstan Temir Zholy national company with domestic gondola cars and components for railway rolling stock produced using state-of-the-art technology.

Last December, as part of the Industrialisation Day, the First President of Kazakhstan, Nursultan Nazarbayev, launched a railway wheel production facility, which will be among the top three manufacturers of solid-rolled wheels in the Commonwealth of Independent States (CIS). There is a strong demand for these products. Over 80 percent of them will be exported to foreign countries.

The region is actively involved in digitisation and is working on a cluster of blockchain technology. The mining data centre of BNK Energy LLP has launched in Ekibastuz. Today, its power consumption capacity is 33 MW. Seven billion tenge ($US18.4 million) was invested in the project and 16 jobs were created. A Korean company has implemented a mining data centre project in Pavlodar. Its capacity exceeds 20 MW.

How much foreign investment was attracted to the Pavlodar Region in 2017 and 2018? Please tell us about the most significant projects in the construction, manufacturing and agribusiness fields.

Could you talk about activities and projects in the field of public-private partnership (PPP)?

In the field of education, six PPP projects have been concluded to open private kindergartens, the amount of investments is more than 1 billion tenge (US$2.6 million). The project provides for the placement of the state educational order in private kindergartens for five years. The total coverage will be about 881 children.

There are two PPP projects in the energy sector. One of them is to upgrade and operate street lighting in Ekibastuz in the amount of 746.3 million tenge (US$1.9 million). The private partner is Gorelektroset. This PPP contract was concluded for seven years in the period up to 2024. As a result, 3,498 pieces of LED lamps and 61 automated outdoor lighting control cabinets have been purchased and installed. The city will also replace the uninsulated wire with self-supporting insulated wire 82.2 km long. As part of this project, we achieved 50 percent savings in electricity consumption, compared to the same period last year.

The second project is to upgrade and operate street lighting in Pavlodar in the amount of more than 1.7 billion tenge (US$4.5 million). The private partner is Altocom Asia LLP. The PPP contract was concluded for six years in the period up to 2023. The upgrade has been completed, procedures for transferring to communal ownership are underway. As a result, 12,483 LED lamps and 70 outdoor lighting control cabinets have been purchased and installed, and a hardware and software system for controlling street lighting has been introduced.

What work is being done to attract tourists? How many tourists visited the region in 2018?

Being one of the most promising economic sectors, tourism is getting more and more developed not only globally, but also in Kazakhstan. The Pavlodar Region is abundant with attractions. The number of tourists grows every year; therefore, we are actively developing tourism. During the first nine months of the last year, we had 113,664 tourists, which is 3.5 percent more than in the same period in 2017 (109,790 people).

The Bayanaul resort being included in the top 10 tourist destinations of the Touristisation map of Kazakhstan was the hallmark of 2018. The 2019-2025 National Programme for the Development of Inbound and Domestic tourism was drafted. Together with the international consulting company McKinsey, the akimat (administration) of the Pavlodar Region participated in the development of a master plan for the resort.

In order to increase the tourist potential and create a comfortable environment for visiting guests, substantial efforts have been taken in recent years to develop the infrastructure in the amount of about 23 billion tenge (US$60.6 million), including 19.4 billion tenge (US$51.1 million) of budget funds invested in the construction of the necessary transport and engineering infrastructure. Private investors ensured the construction of such facilities as a ski resort, an airfield for small aircraft and modern holiday villages.

It is worth noting that major effort has been put into health and medical tourism. In order to develop health tourism in the region, we are working to improve the infrastructure of salt lakes.

An investor seriously landscaped the area of the Maraldy resort: they built a cafe with a dome for 500 seats, expanded the lake beach, and additionally built a large pier, where cafe is based during summertime. Furthermore, an ethnic aul consisting of five yurts has been opened and three log houses for 10 people have been built for the convenience of holidaymakers.

The Pavlodar Region took the implementation of the special project Tugan Zher seriously. There are several notable projects in this area. The first is the opening of a volunteer centre. Our region initiated many volunteer projects. This is proved by the number of volunteers organising and conducting sports competitions, charity marathons, programmes supporting children with intractable diseases, projects implemented in orphanages and oncology departments. It is the first volunteer centre opened in Kazakhstan. Sponsors financed the renovation of a 105-square-metre house by construction teams of Zhassyl El. Currently, the volunteer centre includes nine organisations.

The second project is the ethnic festival Uly Dala Eli. The festival has already become the hallmark of the region. Over 100 yurts and about 70,000  participants ensure the magnitude of the event. Last year the festival was held on Aug. 3-5.

Another project, Ertіs Promenade, was implemented on the famous Pavlodar embankment, a favourite place of all people living in Pavlodar. In 2018, we built an amphitheatre on the lower embankment of the city that last summer became the venue for various cultural events, including concerts of popular groups and performers from Kazakhstan and other countries.

Could you tell us what is being done to improve the transport system in the Pavlodar Region?

First, in order to upgrade the fleet of Bus Depot No. 1 LLP the akimat of Pavlodar plans to purchase 20 new buses and 10 electric buses worth about 2.3 billion tenge (US$6 million). The oblast (region) centre continues to modernise the tram fleet: since last year, 14 new comfortable cars have been operating in the city, and another 13 new trams are expected to be delivered before the end of this year.

Moreover, in 2019, Pavlodar and Aksu are starting phasing-in the electronic ticketing system across all public transport routes. The Moscow group of companies BPC became the operator in Pavlodar, and BF Group Inc, LLP in Aksu.

The go2bus-pvl.kz website that tracks the movement of buses and trams online has been developed and launched for the convenience of public transport passengers. To ensure transport digitisation, we have developed the SMART BUS system that controls the quality of services within the national routes, the traffic plan and the timetable. Today, GPS trackers are installed in 221 buses out of 283.

With regard to passenger traffic, the direct flight Novosibirsk-Pavlodar-Novosibirsk was introduced for the period from June 2 to Oct. 23. This flight will be operated by the Russian airline S7 Airlines using the EMBRAER-170 aircraft with a capacity of 78 passengers. The Almaty-Pavlodar-Almaty flight of the FlyArystan low-coaster is launched in May.

Alongside this, we are finalising the construction of an airfield in the village of Bayanaul to develop small aircraft and make the Bayanaul National Park more attractive. To meet the needs of the population in air travel both within and outside the region, we are working on opening the Pavlodar-Bayanaul-Pavlodar flight. The Civil Aviation Committee of the Ministry of Industry and Infrastructure Development of Kazakhstan also considers providing national subsidies for the Astana-Bayanaul-Astana and Karaganda-Bayanaul-Karaganda flights.