NUR-SULTAN – The Urban Art Astana Festival is conducting a public vote to choose which murals to display on Nur-Sultan buildings, reported urbanfest.kz. 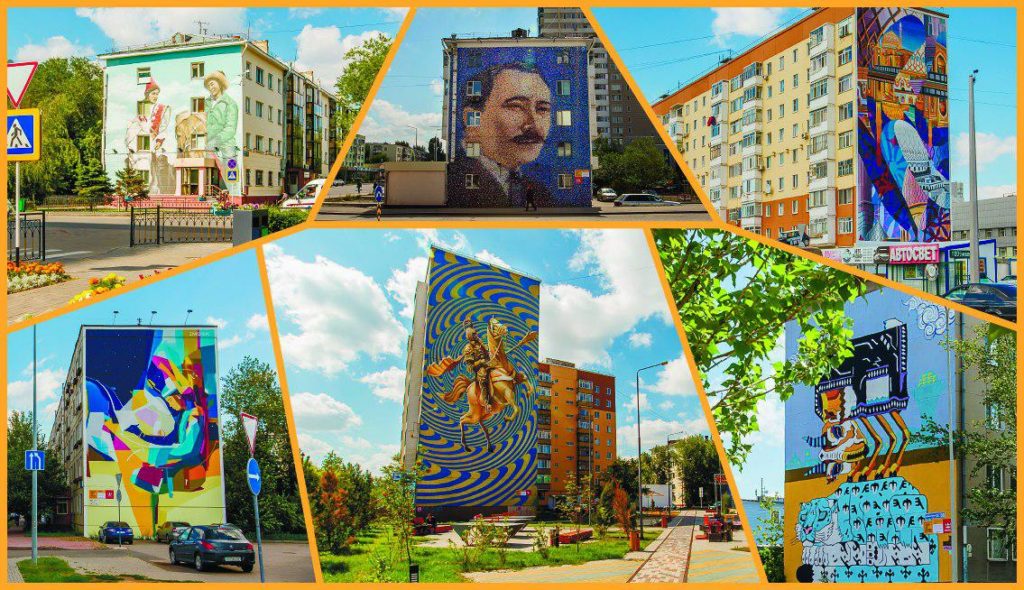 “An international jury pre-selected 52 works that are available for voting in a public poll. Overall, we received 200 works from all around the world. The public vote is conducted online and will last until May 20, 2019,” Project Curator Olga Veselova told the Krisha.kz website.

The jury evaluated the works based on the work quality and the artists’ previous experience in carrying out similar projects, according to the Urban Art Instagram account. The public vote is conducted via the project website www.urbanfest.kz, as well as a simultaneous offline poll of neighbourhoods chosen for the project to establish transparency. The final decision on which mural projects are to be displayed on Nur-Sultan buildings will be decided by jury evaluation and the public vote. The project’s organisers are funding the effort.

This year’s festival theme is Urban Nature, with the goal of finding works that represent both the city’s essence and the natural aspect of the city. To expand the murals’ reach beyond the Saryarka district, which was the area of focus for the murals chosen during the 2018 festival, this year’s murals will also be located in the Baikonur and Almaty districts.

The festival is organised by the Nur-Sultan Akimat (city administration) and coordinated by the Eurasian Cultural Alliance. The festival partners are Nur-Sultan Urban Studies Centre, Mural Fest (Ukraine) and Tikkurila Kazakhstan, among others.

The Urban Art Astana Festival will be held for the second year in the row. Last year, eight murals in the Saryarka district were selected by the jury out of 70 works and implemented by Kazakh and international artists, among whom were 310 Group, Maxim Revanche and Evgeniy Ches.