NUR-SULTAN – Amirzhan Kossanov, 55, is among the seven candidates running in Kazakhstan’s June 9 presidential election. In his platform, Kosanov, who positions himself as an opposition candidate, promises political freedoms, protecting the country’s and people’s interests, tougher measures to curb corruption and a course towards European standards. 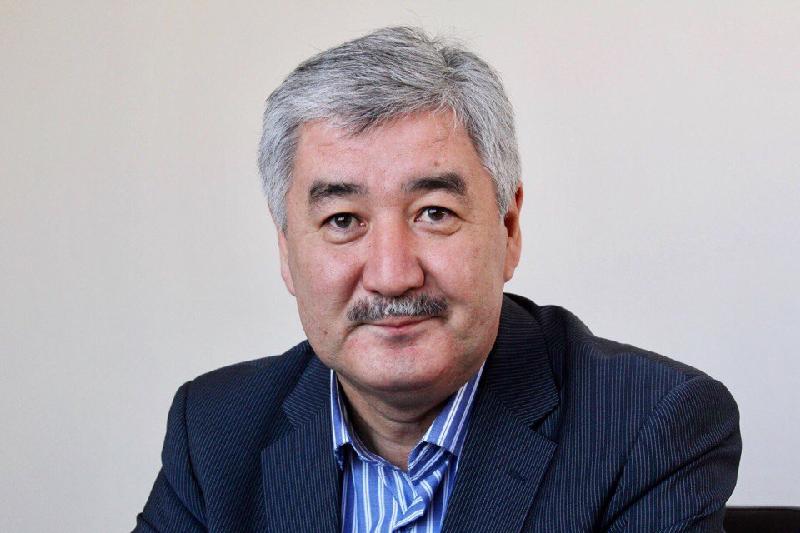 A Kyzylorda native, he was nominated April 26 by the Ult Tagdyry United National Patriotic Movement. He was certified and registered May 5 by the Central Election Commission (CEC).

Kossanov is a journalist and public figure who has been active in Kazakh political life for more than 20 years, serving as Deputy Minister of Youth, Tourism and Sport, the Prime Minister’s press secretary and head of the government press service.

He is currently travelling across the regions campaigning on a platform that builds on six tenets – political freedoms; national identity; real independence in deeds and not in words; no to corruption; civilised and people-friendly economy, and rich regions mean rich country.

Kossanov is promising to make Kazakhstan “a truly democratic, unitary, legal, fair and socially responsible state and to occupy its decent place in a world of civilised countries.” He is pledging to increase people’s participation as a “single source of power in the country,” providing access to benefits from the country’s rich resources.

“[We need to] Change all laws that somehow go against democratic norms, including laws on media, trade unions, elections and political parties,” reads the platform.

Political processes need to be characterised by political pluralism and diversity.

“[We need] To ensure equal rights and competitive environment to all political parties and public organisations. Eliminate all barriers for their registration and activities,” it adds.

Kossanov also proposes strengthening the role of the Kazakh language as a “factor uniting the country’s citizens.” His is suggesting compiling a list of positions that will require language proficiency and guaranteeing ethnic Kazakhs living abroad a return to historical land and citizenship.

His election promises include a stronger course towards the European Union and its standards, maintaining trust-based and close ties with its Central Asian neighbours and multi-vector diplomacy.

Kossanov is stressing his promise to revise all international subsoil use agreements with transnational companies to Kazakh interests.

In his promise to fight corruption, he said income and spending information for civil service workers and their family members should be open and emphasised the need to launch a large-scale audit of all expensive state programmes and projects.

The current commodity-based Kazakh economy should transition to knowledge-based one, while promoting developing agriculture and the country’s export potential.

“[We need] To develop fair competition and restrain monopolism. Through this, to decrease the prices for products, housing and communal services and enhance their quality,” he said.

Environmental problems also appear in Kossanov’s campaign, including the Aral Sea, once among the world’s largest closed water reservoirs but currently on the verge of complete disappearance, and Semei in eastern Kazakhstan that still suffers from the consequences of radioactive fallout after many years of nuclear testing at the Soviet Semipalatinsk nuclear test site.

“[We need] To ban the construction of nuclear power plants, develop alternative and environmentally clean sources of energy,” reads the platform.

The candidates will continue their campaigns until June 8.