By Zhanna Shayakhmetova in Business on 17 May 2019

NUR-SULTAN – Kazakhstan’s gross domestic product grew 4 percent so far this year compared to the same period in 2018 and in the first four months of 2019 inflation has remained in the targeted corridor of 1.8 percent, Minister of National Economy Ruslan Dalenov told a May 14 government meeting. 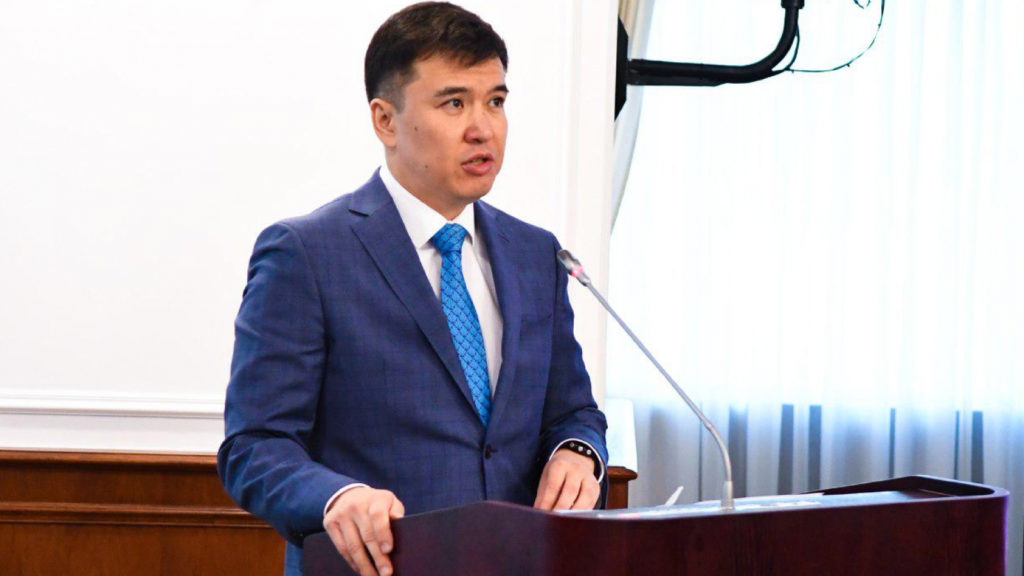 Between January and March, foreign trade turnover was $20.4 billion. The export volume was $13.3 billion and growth of export deliveries, excluding oil and metals, reached 19.8 percent.

The investment dynamics increased by 6.7 percent and surpassed the GDP growth. As of April 1, Kazakhstan’s international reserves were $86 billion. Industrial production increased by 2.9 percent from January to April.

“It is necessary not only to maintain this dynamic, but also to take measures for the further development of the economy,” said Prime Minister Askar Mamin

The Mangystau and Akmola regions and the cities of Nur-Sultan and Shymkent are set to increase their construction, investment and industry sectors.

Kazakhstan’s national budget took in 2.1 trillion tenge (US$5 billion) in the first four months of this year, representing 119.4 percent compared to last year.

The prime minister called for all budget expenditures to be dispersed efficiently.

“It is necessary to use all available reserves. We need to ensure the successful implementation of the Nurly Zhol, Nurly Zher, Industrial and Innovative Development and other state programmes. This will boost the economy,” he said.