NUR-SULTAN – Tourist police units were recently added to attractions in Almaty, Nur-Sultan, the Akmola Region, the Almaty Region, the East Kazakhstan Region and the Turkestan Region by an April 10 order of the Kazakh Ministry of Internal Affairs, said Nur-Sultan Police’s Migration Service Department Head Arman Baimukhamet at a May 20 tourist police demonstration in the capital. 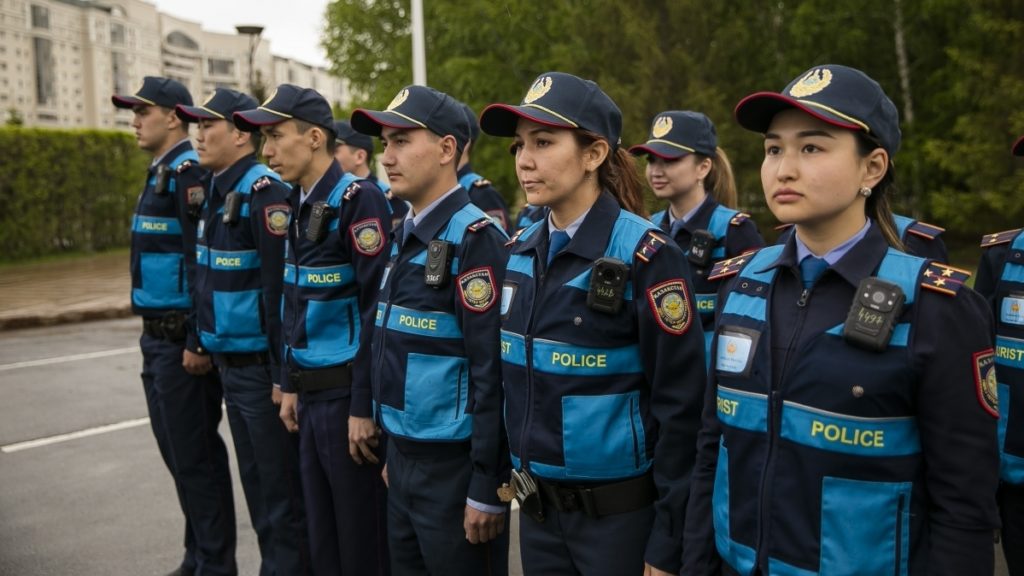 Units are meant to both protect visitors to Kazakhstan’s tourism sites and make the country more attractive to tourists and investors, Toyimbayev said.

“The task of tourist police is to work with foreign citizens at tourist sites with the largest number of foreign citizens. In the capital, these sites are the EXPO 2017 site, the Baiterek monument, Kazakh Eli Square and the area surrounding Khan Shatyr,” he said.

Tourist police officers are also available in Almaty at Republic Square, Kok-Tobe, First President’s Park and Medeu. In the Akmola Region, the units will operate at Borovoe and Zerenda resort areas. In the Almaty Region and the East Kazakhstan Region, they will operate at the Alakol resort area and in the Turkestan Region at the Arystan Bab and Khoja Akhmet Yassawi mausoleums.

Baimukhamet noted Kazakhstan has 65 tourism police officers who are paid an average salary of 120,000 tenge (US$317.06) per month.

Twenty tourist police officers are stationed in Almaty, 15 in Nur-Sultan, 10 in the Akmola Region, 10 in the Turkestan Region, five in the Almaty Region and five in the East Kazakhstan Region. They are uniformed and equipped with electric vehicles, quad bikes, video recording devices and tablets for processing administrative protocols.

Tourists in Kazakhstan are typically interested in the city’s sights, history and places to eat, so knowledge of Kazakh history, tourist sites and the English language is key for tourist police officers.

“Unfortunately, few tourist police officers speak English well,” said Baimukhamet. “They are being trained to improve their English and attend courses in their free time, three times a week.”