By Aidana Yergaliyeva in Sports on 7 May 2019 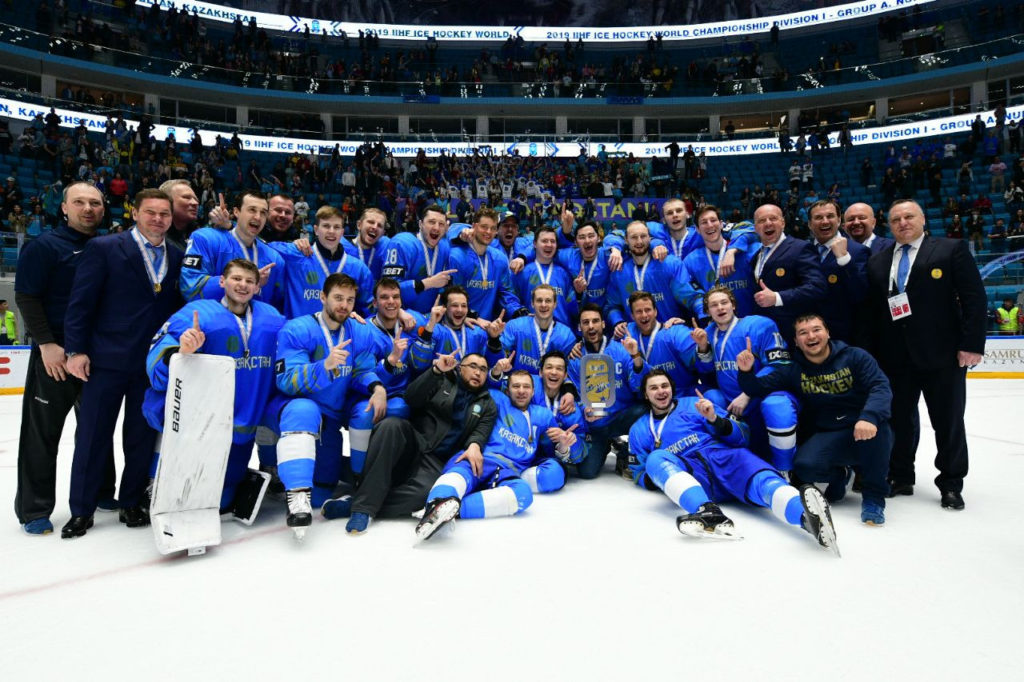 Kazakhstan took the lead in the standings with 14 points and confirmed its first place as it beat Hungary 3-1 during the May 5 last round of games.

Earlier the same day South Korea beat Belarus 4-1. Yet these games could change little in the overall standings. South Korea stayed fourth, while Belarus stood solidly in the 2nd place. Thus, for the very last game of the championship the Kazakh team walked in to the ice already as the top qualifying team.

Placing first and the second in Group A makes teams eligible to play in the top division next year. The Kazakh team knew they will be promoted even before the game with Belarus May 4, because South Korea, which was competing for a top-two spots with Belarus, surprisingly lost to Lithuania earlier that day.

The fans haven’t expected this scenario, as the Lithuanian team lost all three previous matches to Belarus (3-4), Kazakhstan (3-1) and Hungary (4-1).

“We were desperate to win and we did that. We got some bounces and good saves from our goalie and the guys stepped up when it was needed. Our guys believe in each other and play hard for each other,” said Lithuania head coach Daniel Lacroix.

“We are very happy, congratulations to all Kazakhstan that the team is finally back to the top division. I liked this game. It was the best game we had in this tournament. We had many opportunities and a very good start but still the problem that we didn’t capitalise on our chances. We want to be better in this aspect,” said Kazakhstan head coach Andrei Skabelka. 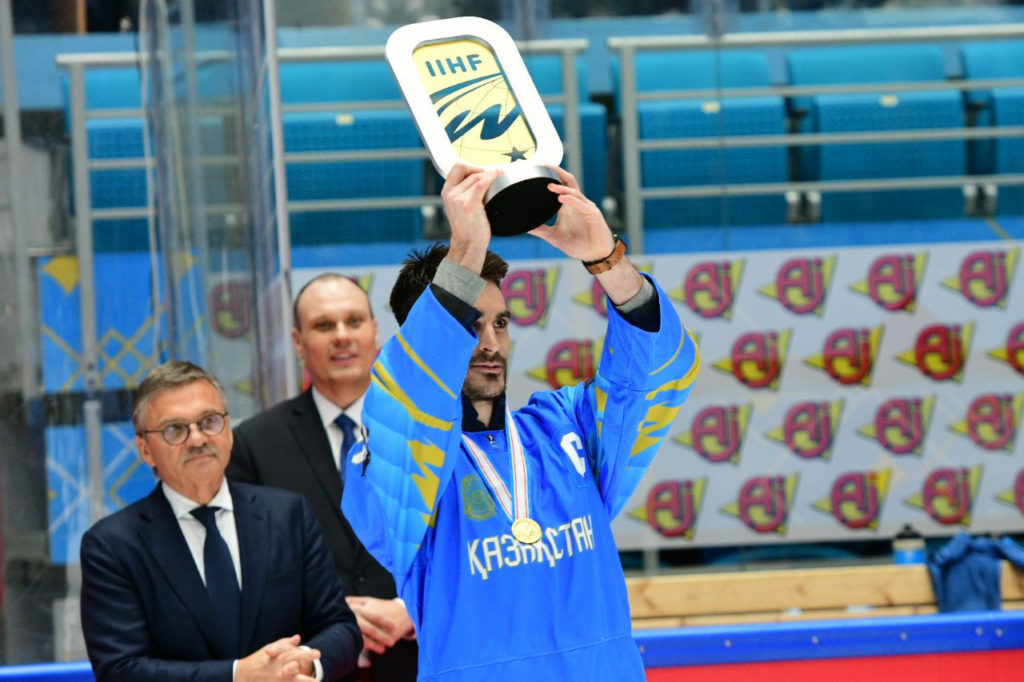 Kazakhstan and Belarus ended their May 4 game 3-2 in overtime. Thanks to the overtime extra point Belarus also knew it will enter the top-two teams.

“I’m happy about the first win in history against Belarus. We wanted this result and we wanted to beat them finally,” added Skabelka.

“We know what is the main aim – that we can take gold. We started very well with a lot of energy and scored two goals but then we conceded a foolish goal. Belarus scored the second goal in enthusiasm and took the initiative. But then we realised that we can’t lose, got more inspired and then we won,” said Kazakh team forward Nikita Mikhailis.

The Group A game organisers offered affordable prices for fans. The cheapest tickets for a game with the Kazakh national team cost 700 tenge ($1.80); for other games, prices begun at 400 tenge ($1.10).

The Group B matches were held April 28-May 4 in Tallinn, Estonia.