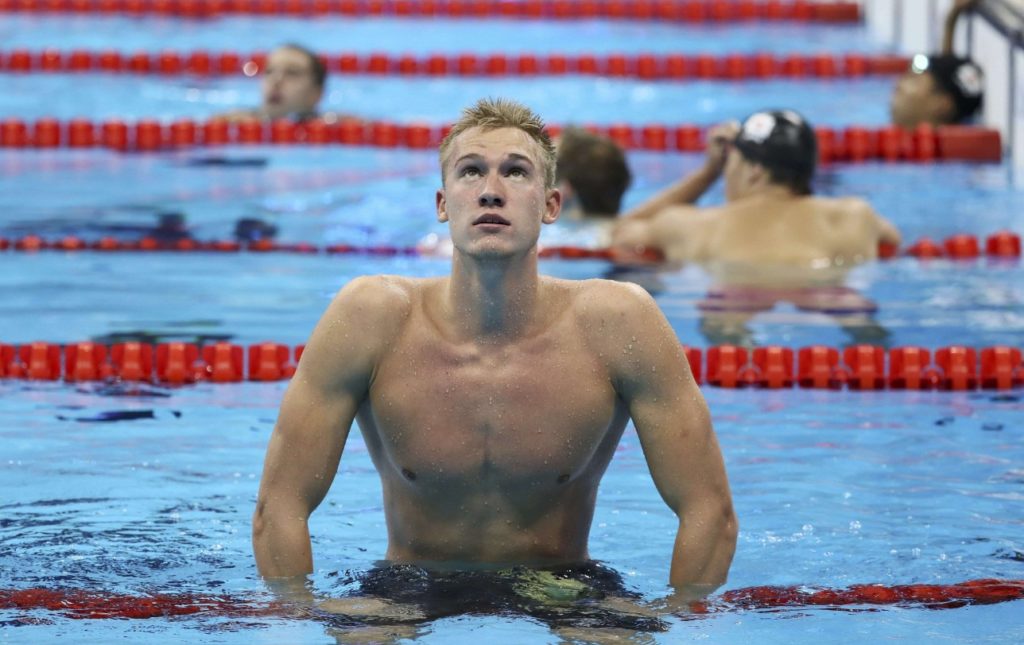 The International Federation of Water Sports (FINA) organised the Champions Swim Series for the first time this year. The tournament gathers the best swimmers, who achieved outstanding victories in the last Olympic cycle. Balandin is the only swimmer from Kazakhstan to receive an invitation to the series, which consists of three stages.

In the second stage of the tournament, Balandin won a bronze medal swimming the 200-metre breakstroke in 2 minutes 10 seconds 73 hundredths. The winner was 2016 Olympics bronze medallist and Russian swimmer Anton Chupkov, who swam the distance in 2:08:23. Japanese athlete Ippei Watanabe finished second in 2:08:61.

During the first stage of the series in Guangzhou, the Kazakh swimmer was the fourth in his first discipline and his time was better than the second stage, which was 2:09:37. The winner was the same as in the second stage, Chupkov, who covered 200 metres in 2:07:48. Chinese Qin Haiyang and Watanabe took second (2:08:31) and third (2:09:33) places.

Balandin’s time at the first stage allowed him to get a license for the 2020 Tokyo Olympics. The qualifying Olympic standard A is 2:10:35, while Balandin showed a result of 2:09:37.

At the same time, in Guangzhou, Balandin won bronze in the mixed combined relay 4 × 100 metres. His team consisted of Russian Andrei Minakov, Australian Emily Seebohm and the United Kingdom’s Imogen Clark. The team finished in 3:49:03.

The competition ending this series will take place in Indianapolis, the United States, May 31 to June 1.