By Malika Orazgaliyeva in International on 27 May 2019 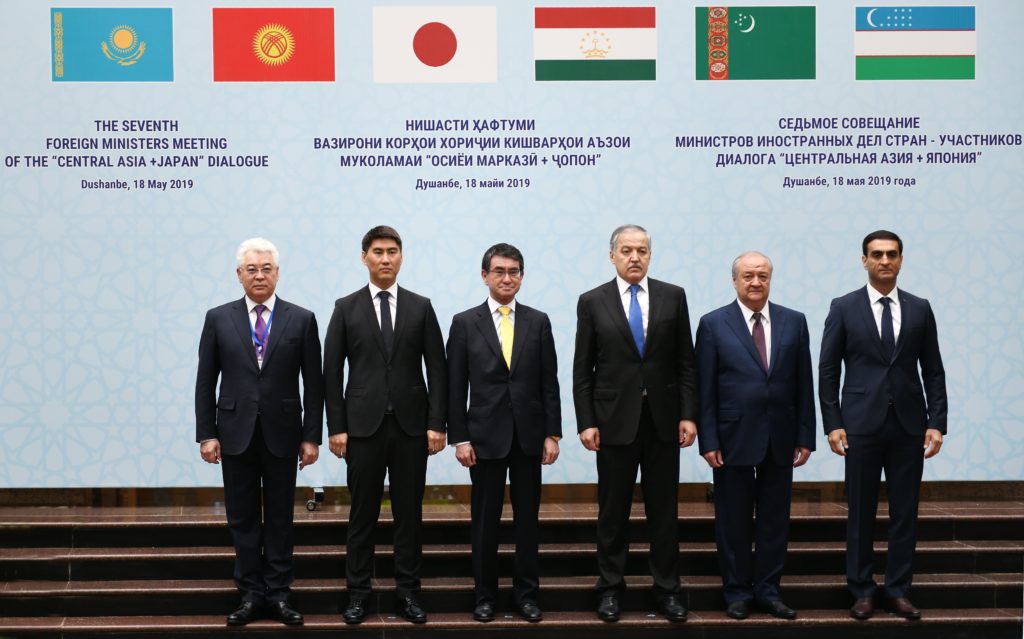 “Central Asia is one of the dynamically developing regions of the world, which is strategically situated and has significant human and high economic potential, and natural and industrial resources. First President of Kazakhstan Nursultan Nazarbayev and Head of State Kassym-Jomart Tokayev pay special attention to strengthening fraternal and good-neighbourly relations with the countries of the region,” Kazakh Foreign Minister Beibut Atamkulov told the gathering.

The gathering included the foreign ministers of Japan, Kazakhstan, Kyrgyzstan, Tajikistan, Uzbekistan and a deputy foreign minister from Turkmenistan. The ministers focused on developing cooperation across trade, transport, investment, tourism and regional security.

The ministers’ meeting also included a session on regional security with the participation of Afghan Foreign Minister Salahuddin Rabbani as a guest. Participants discussed counter-terrorism, food security, environmental safety and other security issues. Atamkulov briefed the session on Kazakhstan’s efforts to promote security and stabilisation in Afghanistan and on the results of Kazakhstan’s recent evacuation of Kazakh citizens from Syria.

The CAJD meeting concluded with the adoption of a joint statement reflecting measures to increase cooperation between Central Asian nations and Japan.

The statement included Japan’s pledge to support the “open, stable and independent development of Central Asia” and contribute to regional and international peace and stability as a “catalyst” for the development of regional cooperation. The statement also included an expression of gratitude from Central Asian foreign ministers for Japan’s financial and technical assistance in areas such as economic infrastructure, training, healthcare, disaster prevention, regional development, combating terrorism and drugs.

The statement also highlighted the need to attract investment in infrastructure in accordance with international standards, including standards related to openness, transparency, economic efficiency and the financial sustainability of the target country.

Atamkulov also publicly thanked Japan for its interest in Central Asia and efforts to promote cooperation with Kazakhstan and within the CAJD.

The next CAJD meeting will be in Japan in 2020.

On the sidelines of the Dushanbe gathering, Atamkulov met with Tajik President Emomali Rahmon. They discussed the upcoming fifth Conference on Interaction and Confidence Building Measures in Asia (CICA) Summit in June in Dushanbe.