International competition for investment is increasing, and investment flows are fluctuating due to a global decline of investor confidence in emerging economies. Today, to encourage foreign investors, many countries are taking drastic measures to improve their investment legislation. 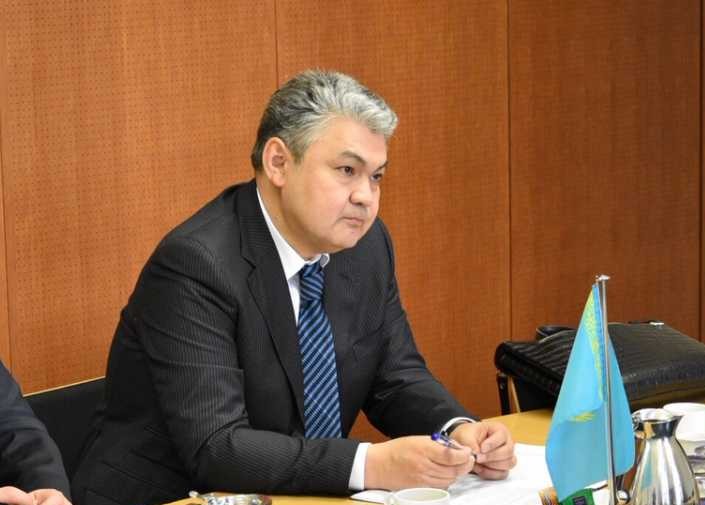 In these circumstances, Kazakhstan is committed to improving its model of interaction with foreign investors. Moreover, our country, which already ranks 28th in the World Bank’s Doing Business Report, continues to systematically improve the conditions for encouraging and retaining investment.

2018 showed good results: the total inflow of foreign direct investment increased by 15.8 percent and amounted to $24.3 billion. Nevertheless, in response to new trends in the world, Kazakhstan is building a three-level functional system to bring and support investment.

At the present stage, Kazakhstan, reflecting on many years of experience in investment climate development, consistently restructures and develops the internal ecosystem of investor support. Foreign investment will ensure sustainable economic development and provide a basis for creating new jobs and addressing social issues.

This year, the Ministry of Foreign Affairs of Kazakhstan has been given functions and powers in the sphere of implementation of the state policy to attract investments. From the very first days, the foreign ministry immediately has made active steps in this area, initiating a number of business processes that improve the investment climate in the country and began to engage all government agencies and national companies in this process.

On the basis of the ecosystem, a three-level system for attracting and supporting investments is built: the external level (overseas institutions), the central level (government agencies, Kazakh Invest and other national companies) and the regional level (local authorities and Kazakh Invest).

We have identified 40 priority countries to attract investment. Each embassy of Kazakhstan is given specific tasks in the host country and performance indicators.

Priority sectors in which there are significant reserves identified for the implementation of major projects. These are the food industry, agrochemistry, agricultural engineering, gas chemistry, information and communication technologies and the mining and metallurgical complex.

Now, the foreign ministry and the Kazakh Invest national company have organised an information and monitoring system (CRM), which will automate the process of interaction of all interested organisations to support investors at all levels. There are 185 projects with foreign participation in this system worth more than $49 billion. Detailed road maps have been developed and approved for each project.

The foreign ministry has carefully studied the entire path of the investor: the scenario for all stages has been developed starting from the idea to the stage of implementation. A new architecture of investor support has been built on this basis.

The new structure abroad is represented by foreign missions; state bodies, Kazakh Invest and other national companies cooperate together at the central level. The system is supported at the regional level by local authorities and representatives of Kazakh Invest on the ground.

In pursuance of the instruction of the First President of the Republic of Kazakhstan – Elbasy Nursultan Nazarbayev given at the enlarged meeting of the Government on Jan. 30, each line ministry, akimat (local government administration) and national company identified responsible deputy heads who are personally responsible for investment policy and export promotion.

This is of particular importance given that all investment projects are implemented in the regions and most of the services to investors are provided by the state locally.

In support of this, in accordance with the best international practices, a Foreign Direct Investment Fund has been established in our country. By the decision of First President Nazarbayev, the National Fund allocated 370 billion tenge (US$970 million) to the Investment Fund. This fund will be one of the key mechanisms for encouraging and implementing projects with co-financing up to 50 percent.

In order to further improve the investment climate in Kazakhstan and better encourage investment, the Government of Kazakhstan has adopted additional mechanisms for coordination at the national level.

An Investment Coordination Council has been established under the chairmanship of the Prime Minister of Kazakhstan. All major decisions on investment will be submitted to the council.

Along with other opportunities, the Astana International Financial Centre (AIFC) operates in Nur-Sultan city, which is an important element of the system of attracting investment with the appropriate financial instruments and international level services.

Kazakh diplomats are carefully considering further improvements to the legal conditions for encouraging investment capital flow. Thus, together with the United Nations Conference on Trade and Development (UNCTAD), the Kazakh Foreign Ministry has analysed all intergovernmental agreements on the promotion and mutual protection of investments. The results have been referred to the Ministry of National Economy.

Based on the recommendations of UNCTAD experts, the Ministry of Foreign Affairs, together with interested state bodies, will develop conceptual approaches for further improvement of investment agreements.

In general, according to the tasks set by the country’s leadership, the foreign ministry becomes a true breadwinner for the national economy. However, this is only the beginning of vigorous work. The results achieved in bringing capital to the economy of Kazakhstan would only encourage the Ministry of Foreign Affairs to continue its active efforts. The established Coordination Council on Investment Policy significantly enhance the foreign ministry’s capabilities to impact the investment climate and promote investment projects.

The author is Deputy Minister of Foreign Affairs of Kazakhstan.