NUR-SULTAN – The Kazakh Central Electoral Commission (CEC) closed nominations April 28 for the June 9 presidential election. The field, which began with nine nominees, was reduced by one April 29 after a candidate withdrew. The candidates’ registration stage will continue until May 11. 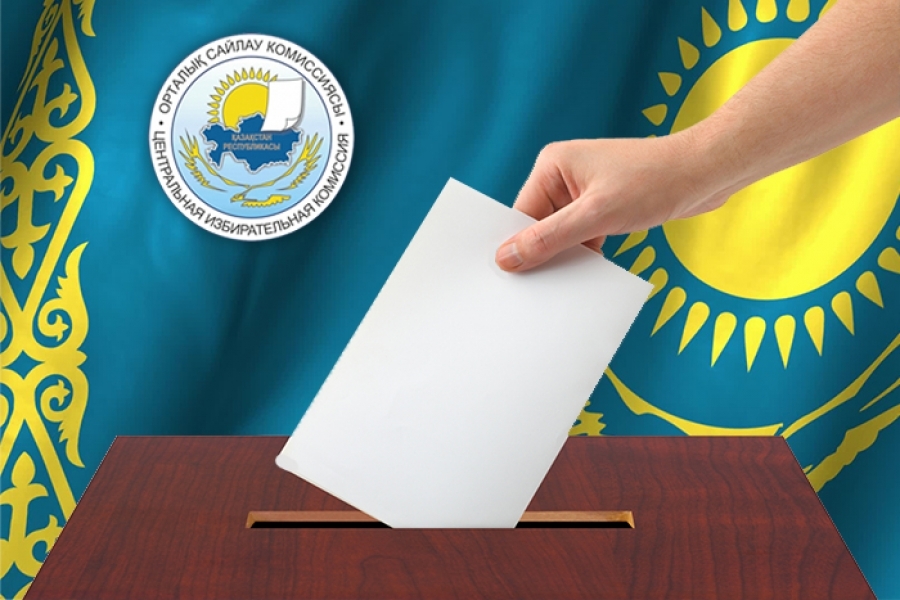 The CEC summed up the results at its April 28 meeting. Representatives of political parties and a number of state bodies reviewed the draft resolution on the results of the nomination process.

Nominations were held April 10-28 according to the CEC Calendar Plan, forming the list of candidates from nine nominees. The election campaign will begin May 11 and last until voting day.

According to Article 55 of the Constitutional Law on Elections in Kazakhstan, the right to nominate presidential candidates belongs to national public associations registered in the established manner.

To be a presidential nominee, candidates should provide the CEC with an extract from the nominating meeting minutes of a national public association’s highest bodies, the candidate’s statement of consent to run for president and a document certifying that the candidate has made an election contribution established by law (2.13 million tenge (US$5,574).

The CEC approved four nominees’ compliance with legislation requirements – Amangeldy Taspikhov, Kassym-Jomart Tokayev, Sadybek Tugel and Daniya Yespayeva. They have started collecting signatures in their support and must collect 118,140 signatures in at least 12 regions, cities of national significance and the capital.

In addition to collecting signatures, the candidates must submit a health certificate and provide state revenue authorities at their place of residence with a declaration of income and property on themselves and their spouses from April 1, the first day of the nomination period’s month.

The CEC, that will verify compliance of the remaining candidates in the coming days, provided the following information on their status as of April 28.

Taspikhov, 59, from the West Kazakhstan Region, was nominated April 24 from the Kazakh Trade Unions Federation. The Linguistic Commission approved his fluency in the state language.

Taspikhov is a mechanical engineering graduate of Kazakh Polytechnic Institute. Since 1998, he has worked in numerous positions in the oil and gas and new technologies industry. From 1998-2002, he was a member of the Senate and from 2004-2007 was a Mazhilis (lower house of Parliament) deputy and member of its Committee on Economic Reform and Regional Development. His last position is the Director of Oral Oil and Gas.

Tokayev, 65, the current President of Kazakhstan, was nominated April 23 by the ruling Nur Otan Party. The Linguistic Commission approved his fluency in the state language.

Tokayev graduated in 1975 from the Moscow State Institute of International Relations and in 1992 from the Diplomatic Academy of the Russian Foreign Affairs Ministry. He is a Candidate of Historical Sciences and Doctor of Political Sciences and has extensive experience in diplomacy and state affairs, having served as Deputy Secretary General of the United Nations and Prime Minister and Speaker of the Senate.

Tugel, 64, from the East Kazakhstan Region, was nominated April 17 by the Uly Dala Kyrandary National Public Association. The Linguistic Commission approved his fluency in the state language.

Tugel is a journalist and public figure. In 1982, he graduated from Kazakh State University majoring in journalism. From 1988-1990, he studied at Almaty Higher Party School and received a degree in political science and sociology.

He worked as editor-in-chief of several newspapers and television companies and is currently editor-in-chief of the Qazanat national popular science magazine. Since 2006, he has been engaged in creative and social activities, serving as first vice president of the Kazakh National Sports Association and president of the Kazakh National Equestrian Sports Federation.

Yespayeva, 58, from the Aktobe Region, was nominated April 25 by the Ak Zhol Democratic Party. Based on the conclusion of the linguistic commission, she is fluent in the state language.

Zhambyl Akhmetbekov, 58, from the Akmola Region, was nominated April 26 by the Communist People’s Party of Kazakhstan. The Linguistic Commission approved his fluency in the state language.

Akhmetbekov is a graduate of Tselinograd Agricultural Institute and KIMEP University and previously served as central committee head of the Communist People’s Party of Kazakhstan. He served in several positions in the Korgalzhyn District Akimat (administration), as Tengiz District’s Culture Department head, Druzhbinsk High School Military-Patriotic Education Deputy Director and Sunkar Lyceum Military-Physical Training Deputy Director, as well as a platoon commander. He was also a member of the Kazakhstan’s youth division of the Soviet Union Communist Party.

Zhumatai Aliyev, 66, from the Zhambyl Region, was nominated April 26 by the Khalyk Demographiyasy Public Association.

Aliyev graduated with honours from Leningrad State University and Alma-Ata Institute of National Economy and is an economist and Doctor of Philosophy. After graduation, he worked as a teacher at the Alma-Ata State Medical Institute. From 1977-1982, he worked as an instructor for the Almaty City Committee, second secretary of the Frunzensk District Committee and instructor for the Alatau District Party Committee. From 1982-2001, he worked in higher education.

From 2001-2008, Aliyev was Secretariat head and Deputy Chairman of the Assembly of the People of Kazakhstan. From 2008-2012, he was Professor and Chairman of the Central Asian University’s Board of Trustees and head of the Stable Kazakhstan Public Foundation. In 20122016, he was the Mazhilis (lower house of Parliament) deputy.

Kosanov is a journalist, politician and public figure. In 1989, after graduating from the Faculty of Journalism of Kazakh State University, he worked as a correspondent for the Socialist Kazakhstan newspaper. Since 1990, Kosanov has been involved in political and public work starting with the Komsomol of Kazakhstan. Since 1991, he has worked in different positions with the Kazakh State Committee on Youth Affairs. He was a Deputy Minister of Youth, Tourism and Sport, press secretary of the Prime Minister and head of the Kazakh government’s press service, among other positions.

Toleutai Rakhimbekov, 54, from the Karaganda Region, was nominated April 25 by the Auyl People’s Democratic Patriotic Party. The Linguistic Commission approved his fluency in the state language.

Rakhimbekov graduated from Kazakh Agricultural Institute in 1986 and received a law diploma from Buketov Karaganda State University in 2001. He is a member of the Kazakhstan National Academy of Sciences and has a doctorate in economics. He started his career in 1986 as a junior researcher at the Kazakh Agricultural Institute. He worked as deputy akim (mayor) of Satpayev town for several years.