By Aidana Yergaliyeva in Business on 1 May 2019 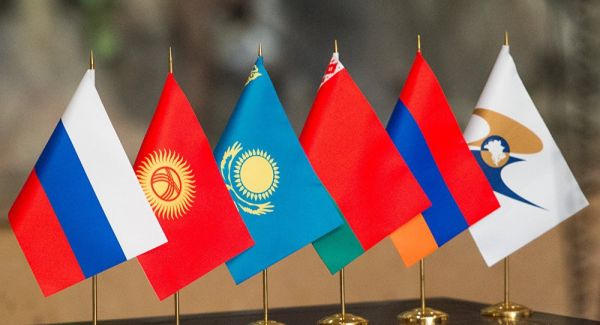 “The integration allows us, in coordinating resources, to go through such turning points with fewer losses. Today, the Eurasian Economic Union helps the economies of the countries participating in the EAEU to withstand the global crisis, and also helps create a favourable foundation for business development and investment attraction,” said Beisekeyeva.

Direct investments from EAEU countries to Kazakhstan in the first nine months of 2018 increased 31 percent year-on-year to $1.2 billion. Also, in 2018, trade between Kazakhstan and EAEU countries increased 7.5 percent to $19.1 billion, said Beisekeyeva.

The EAEU ensures the supply of goods to third country markets without restrictions. The EAEU, for example, had 18.8 percent foreign trade growth with third countries that totalled $753.4 billion in 2018.

“An important indicator (of integration) is the number of operating joint ventures. Their number in Kazakhstan since the beginning of the EAEU’s operation has increased by 67.4 percent and crossed the mark of 10,000 enterprises,” said Beisekeyeva.

By the end of the year, the EAEU countries and the Eurasian Economic Commission will finalise the strategic directions for Eurasian economic integration development until 2025.

“I will note here that the Kazakh side fully supports the further development of integration processes, but only within the framework of the existing agreements. Within the framework of the EAEU, agreements were reached that in the future will bring additional benefits for our economy. We need to strengthen and develop our positions where we have already reached agreement. We are talking about gas, oil, electric power, financial markets, industrial, agro-industrial policy, etc.,” said Beisekeyeva.

The Eurasian Development Bank (EDB) has the potential to become a systemic financial integrator in the EAEU, EDB Chair Andrei Belyaninov told the congress, adding the bank is inclined to choose the ruble or tenge as a common currency to finance projects. At the end of 2018, the EDB head noted that bank investments increased 2.5 times to $1.6 billion.

“After talking with the national banks of our countries, I realised that no one would give up their sovereignty, including the Bank of Russia. But our bank is equidistant from everyone, and we can move along this path, become a system integrator,” said Belyaninov.

In addition to economic integration, the EDB suggests creating a humanitarian initiative fund to support cultural and informational projects at the end of May.

“We consider this [the humanitarian initiatives] an essential tool for integration. Economic and infrastructure projects are important, but if there is a gap in the humanitarian sphere, the population simply will not know about it. To overcome the stereotypes and lack of information over the past 30 years, it is necessary to create specialised information resources and to consolidate the interaction of journalistic organisations,” Russian Journalists Union Secretary Natalia Chernyshova told the April media congress.

The first Eurasian Media Congress was in September in Almaty. May 29 marks five years since the signing of the EAEU treaty.