NUR-SULTAN – The China-Europe railroad shipment route that crosses Kazakhstan, Russia and Belarus has become more popular due to the efforts of the United Transport and Logistics Company – Eurasian Rail Alliance (UTLC ERA) and participating countries, said President Alexey Grom at the company meeting with the press. 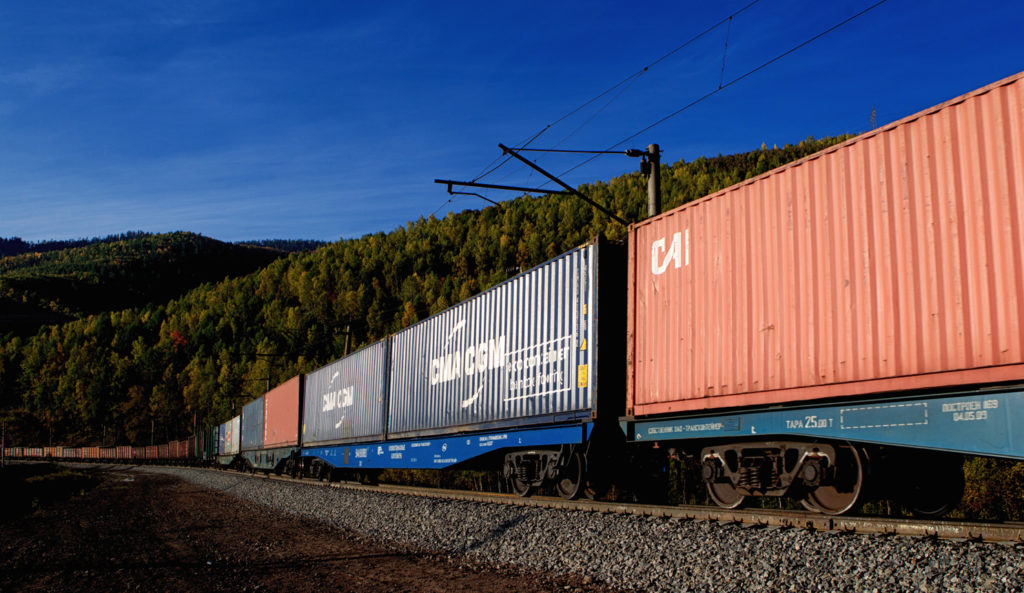 “When it comes to reverse (from Europe to China) volume, we can analyse the years 2016, 2017, 2018 and 2019. Initially, there were a large number of empty containers, but if you are a container relocations business, there will always be some container park relocation. If there is no balance of shipment, if there is no 100-percent balance of shipments, so a large amount – up to 50 percent of containers, were empty,” he noted.

Yet Grom notes there is a change, with more clients becoming interested in the UTLC ERA route.

“Then, we saw that more and more enterprises of the automobile industry – such as Volvo, for example – started seriously considering railroad shipping. By the way, in 2018, we conducted a large conference in Xi’an, which is a large distribution centre for Europe-made Volvo cars. The company representatives said that they decided to change their strategy in favour of railway transit… Food from Europe is our other priority, as China is in the top three countries that consume premium-class products… Pharmacy, automobile industry. There are also products with a very low cost; cellulose from Finland, for example,” he noted.

He also talked about the way company peers felt correcting the imbalance was impossible.

“Now, it gets worse in a way, because of China’s decision to no longer subsidise empty container shipments. So, now, we and our European transport partners are looking for a cargo base. The issue is, when you have a certain route, it’s hard to change it, and the sea-to-railroad changes are really significant for our clients… We plan for the balance to be 75 percent… Initially, we were told that the imbalance correction is impossible, though,” said Grom.

The Europe-China TEU (twenty-foot equivalent unit, which can be used to measure a ship’s cargo carrying capacity) shipment was 152,846 in 2018. Transportation in the China-Europe direction was 223,348 TEUs. Both numbers showed growth in 2018, however, with the general TEU transportation growing 60 percent compared with 2017 results.

The reason for the growth is in the positive incentives the company is able to provide – speed, as a train from Dostyk station in Kazakhstan reaches Brest in Belarus in five and a half days, and reliability, which allows for the constant shipment of goods. The reason behind these advantages is both in the countries’ efforts to ensure a smooth transition and the company trying to innovate the route.

Grom particularly praised the Khorgos Gateway (dry port connecting Kazakhstan and China) for allowing the company to reduce the time spent processing train documentation from three-four hours in conventional ports to 40 minutes in Khorgos. Company efforts to ensure a smooth transition include more effective management of various aspects involved in shipment procedures in Europe and China (UTLC ERA does the shipment between China-Kazakhstan borders and Russia/Belarus-Europe border) and gradually removing the need for paper-based documentation that slows shipping speed.