NUR-SULTAN – The 2019 Burabike Fest, a charitable sports and music event, will take place Aug. 25-26 at Burabai resort. Guests will be invited to participate in an amateur bike ride (Aug. 24) and professional bicycle race (Aug. 25), open-air performances, charity auctions and creative workshops while staying at the Rixos Borovoe or tent camp on the hotel grounds. 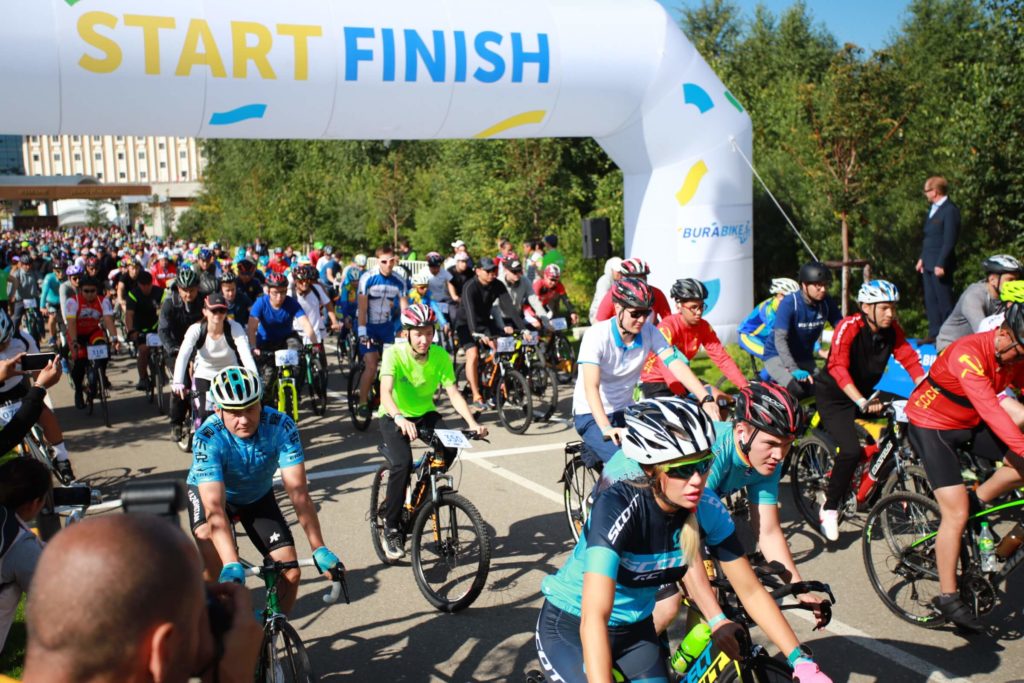 The Bulat Utemuratov Foundation and Rixos Borovoe are organising the event with the support of the Astana Pro Team and Akmola Region Akimat (administration).

On the first day, all participants, regardless of age or any restrictions, will be able to take part in the 11-kilometre amateur bicycle race; they may either compete or cycle the route at a leisurely pace. The second day, prepared and professional athletes will participate in 35 and 65-kilometre bike races. The organisers will implement the Radio Frequency Identification (RFID) system to track the results and identify the winners. Bikers will be able to enjoy the nature of Shortandy-Borovoe resort zone, cycling through forests and around nearby Shortandy Lake.

Two charity auctions are also planned. The first will be held at a dinner for festival participants staying at the Rixos Borovoe; the second day, at the daytime open-air concert. In this way, the organisers hope to attract more bidders. 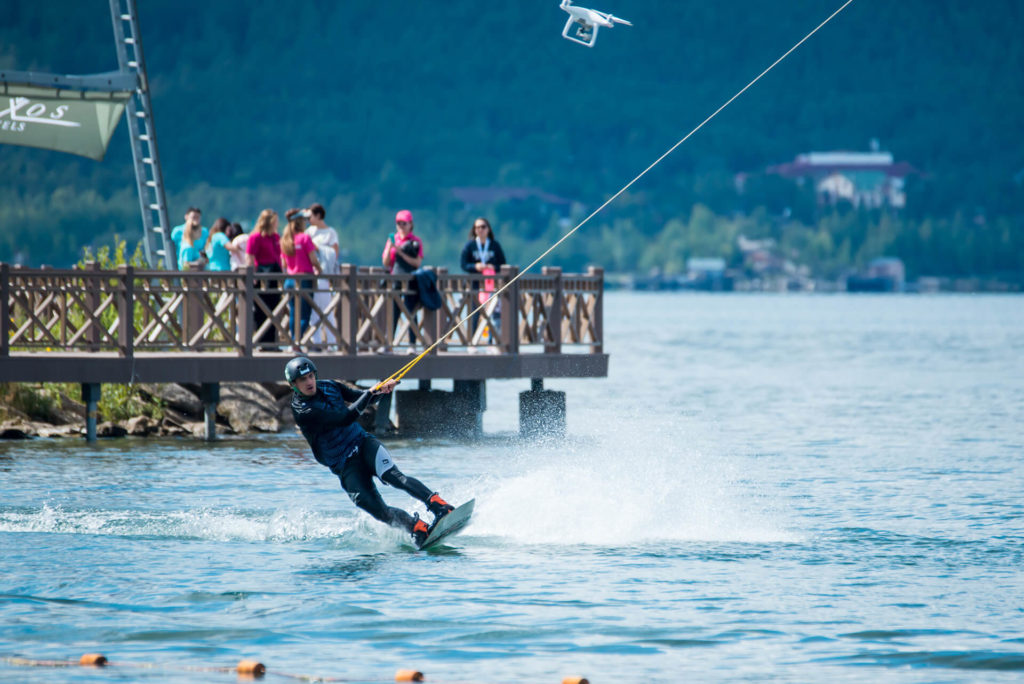 “Earlier, the initial cost of lots [of items] that were put up for auction was quite high and not everyone could take part in the battle for lots. The division into two auctions will not only raise more funds to help children’s medical institutions, but also involve more people in participating in a charity auction. The new format will allow participants to feel more involved in good work and help to develop the spirit of good deeds and involvement,” said Rixos Borovoe Marketing Director Leia Khamitova.

The auction lots always attract much attention, according to the foundation’s website. For example, they typically include rackets and uniforms with autographs by famous Kazakh and foreign tennis players, master classes and trips to world tournaments provided by the Kazakhstan Tennis Federation, bicycles autographed by famous cyclists provided by Astana Pro Team and Burabike Ambassador and Kazakh athlete Alexander Vinokurov. For several years, gloves autographed by Kazakh boxers Gennady Golovkin and Serik Sapiyev were offered. 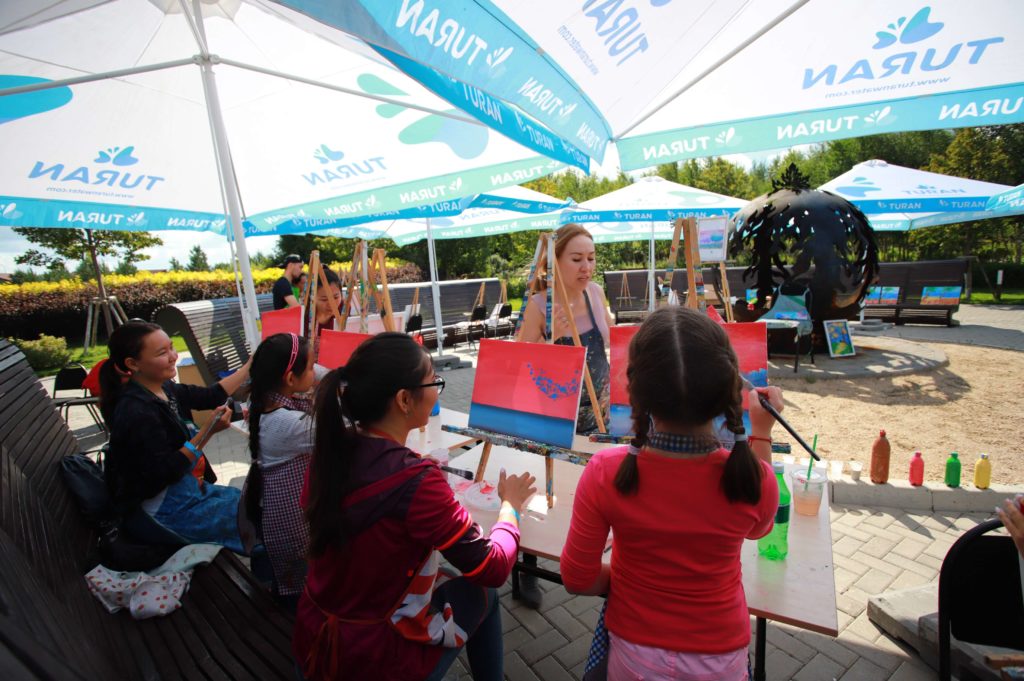 The lots also include art objects, gadgets and certificates for premium products from various partner companies. The most expensive lot in the auction’s history was paintings of Schuchinsk Orphanage students, which Kazakhstan Tennis Federation President and entrepreneur Bulat Utemuratov bought for 30 million tenge (US$79,170) in 2016.

Astana Pro Team has participated in the race and provided lots for several years.

“Holding events such as Burabike is very important from the point of view of charity and for the development of the cycling culture and promoting a healthy lifestyle in Kazakhstan. Every year, we see that the charity bike ride gathers more and more participants and our team is happy to support this great initiative. For us, it is always a great pleasure to take part in it, to bring our racers and to put lots from the Astana team. The funds that are collected here as part of the charity auction are really substantial. Every year, we see the results of these investments and, of course, this is very encouraging. Burabike has become an integral part of our calendar and I would like to express my gratitude to the organisers for such an important social event at the highest level,” Vinokurov told the foundation.

This year, the auction has added packages from the festival’s sponsors in the hope of increasing the funds raised for charitable purposes. There will be four categories of sponsorship packages ranging from one million tenge (US$2,639) to 10 million tenge (US$26,390), which will be available for all companies in Kazakhstan and the Commonwealth of Independent States (CIS). 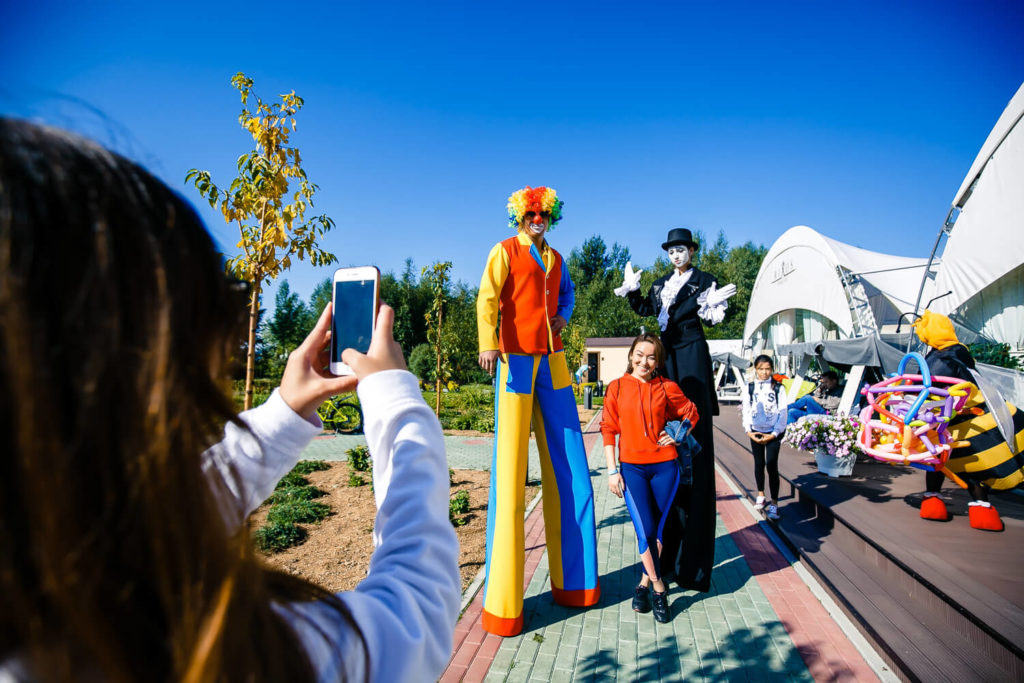 Funds are collected through the charity auction, festival participation fees and corporate sponsorship package sales. The money raised will be used to purchase equipment for Kazakh children’s medical institutions.

“In 2018, the amount collected at the Burabike amounted to 205 million tenge (US$540,995), for which two reanimobiles, artificial respiration devices, resuscitation system for newborns and other vital equipment for Merke, Timiryazev and Alakol Central District Hospitals, the Zharkent Maternity Hospital and the Agadyr Village’s Rural Hospital were purchased. We report on the collected funds and transfer the equipment in the presence of the Kazakh media so that everything is as transparent as possible and the Burabike participants can see their contribution to the common good deed,” said Bulat Utemuratov Foundation Director Marat Aitmagambetov.

Burabike Fest, previously known as the Burabike and Charity Tour de Burabai, started in 2013 with 130 participants; last year, it expanded to 2,300. The event has grown from a regional bike ride to a national music and sports festival where people of any age can relax and attend various activities.

“We want this festival to become one of the most popular in Kazakhstan. For the first time this year, we are making it a two-day event, but we plan that in the future it will become a week, so that people can come with their families and rest in Burabai for a whole week. The end of August is one of the most beautiful seasons at the Burabai resort. We invite everyone to take part in the festival; for this, you need to register on the burabike.kz website,” Deputy Akim (governor) of the Akmola Region Marat Igali told inform.kz.