By Aidana Yergaliyeva in Culture on 2 May 2019

NUR-SULTAN – Russian designer-artist Alibek Koylakayev’s exhibit, Legends of the Turkic World, which presents psychological insights on well-known Turkic heroes, opened April 25 at the capital’s Kazakh National Museum. The show will continue through May 15. 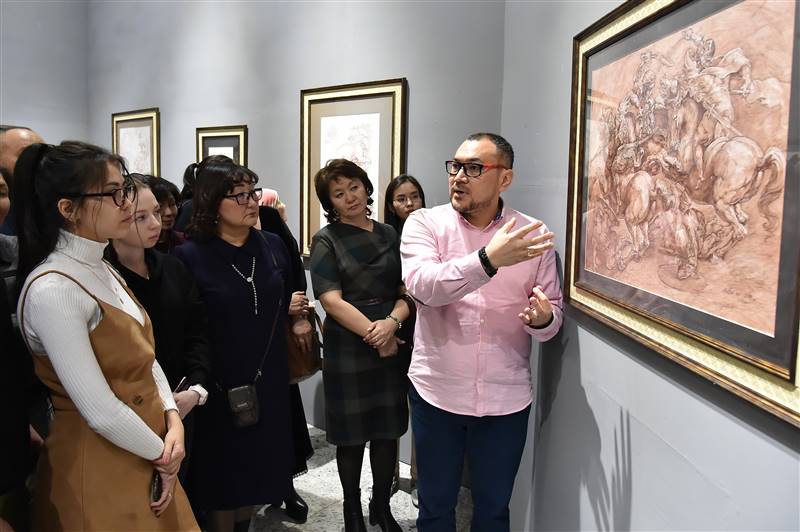 As an ethnic Nogai (a Turkic ethnic group), Koylakayev has always been curious about the history of his people and why they have chosen to immortalise the memory of ancient warriors through legends and compositions.

“Alibek is a talented artist. He is close to the Turkic peoples with all his soul, although he does not live in our country. He deeply perceives and promotes the history of both the Kazakh and Nogai peoples, which are rooted in a single Turkic people,” said National Museum Director Almaz Nurazkhan at the exhibition’s opening ceremony. 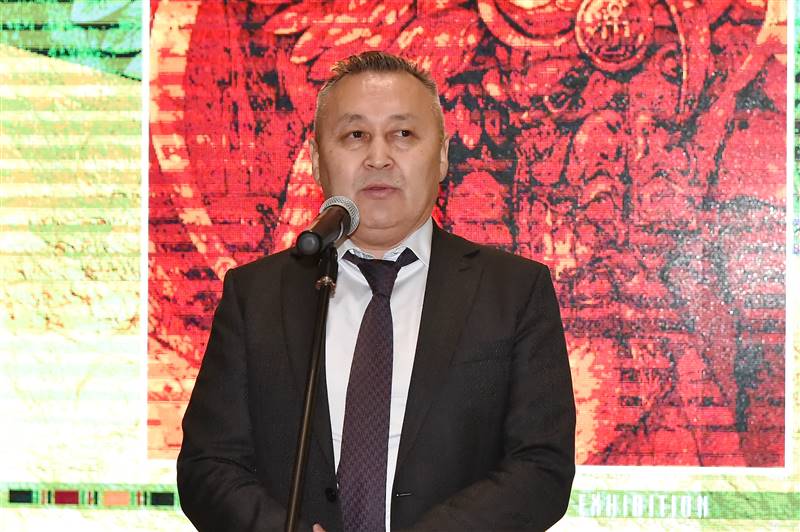 While Turkic people overly praise the image of Turkic batyrs (brave warriors) as strong formidable characters, Koylakayev reintroduces the heroes as humans by showing their emotional sides. He has built up their psychological profile through thorough research of Turkic epos, chronicles and other historical heritage.

The way he sees the characters, his moral and ethical interpretation in the paintings transmit his sincere admiration and fill his works with depth. At the same time, the painter raises problems that are beyond the time frame. They show the past drama remains relevant and represents today’s unsolved puzzles.

The film “Kultegin,” for example, glorifies the ancient Turkic leader, showing him as a very confident and cold-blooded enemy-killing machine. Koylakayev’s painting “Grief,” where the warrior sits and mourns his fallen comrades, conveys Kultegin’s inner essence and shows the price he paid for victories on the battlefield. Visitors comment on the intensity of expression and the effect of mourning the painter represented. 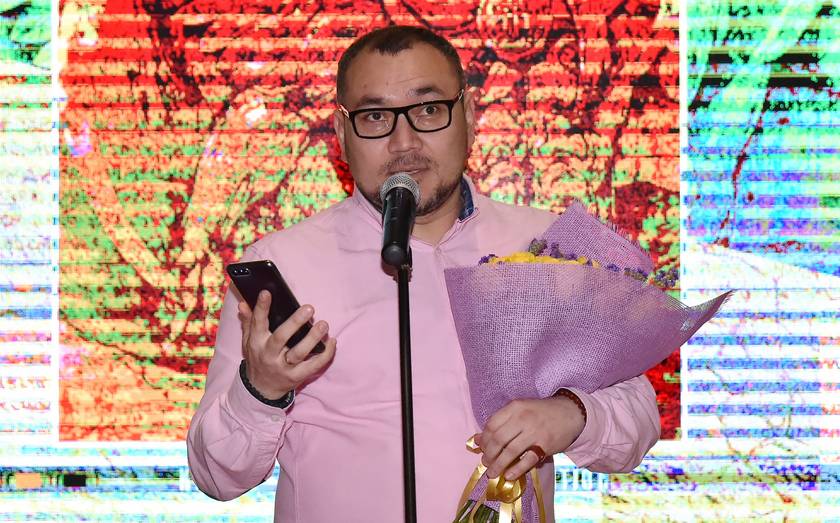 “The graphics in the work of Alibek Koylakayev have acquired a deep, completely unexpected tone, where the main emotional load is carried by a line that forms spatial relationships, determines the plasticity of the form, reveals accents and creates mood. The composition is dominated by the harmony of tone and lines; the stroke is located in a certain dynamic form, building the exact outlines of the image. The artist leaves the surface of the paper visible, without destroying the plane of the tinted sheet, to show the depth of the conventional space of the world, where it can become a sign, a symbol of something more than a simple sheet,” notes the National Museum website.

Koylakayev was born in Nogaisky district, Dagestan, Russia. He developed an interest in Turkic history during his studies at Krasnodar University of Culture and Arts.

“I know Alibek very well. I was visiting him in his home village in Dagestan. We know that the Nogai people are very close to the Kazakhs; we are like brothers. Nogai history is Kazakh history, Nogai culture is Kazakh culture, Nogai epics are the same as Kazakh epics. These peoples cannot be considered separately,” said KVN Youth Public Association President Yessen Yeleuken.