Art, artists are helping to shape a green future

The Sustainable Development Goals approved by the UN, the concluding of the Paris Agreement in 2015 are events that formed constructive development trends for the planet. 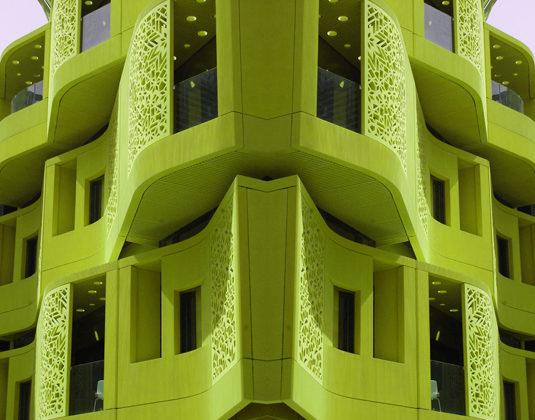 The Russian Academy of Arts in Moscow hosted April 17-19 an International scientific conference “The Image of the City in the Art.”

Striving for the new and asserting the dignity of contemporary Russian art in the world, the Russian Academy of Arts preserves its traditions and the historically established structure, contributing to global cultural development. In 1998, a UNESCO department was established at the academy, to generalise the importance of art education as a platform for sustainable development, the development of creativity, innovation and cultural range.

Reports presented at the conference ranged from “The image of the city in Arabic manuscripts” to “Jerusalem in painting of the Early Italian Renaissance” to “The image of the city in Dutch painting of the 12th century”. The conference also included an interdisciplinary approach that featured reports not only from the arts but from cinema, theater, literary and musical discoveries.

Conferences at the Russian Academy of Art are not only an opportunity for colleagues to exchange ideas but, most importantly, one of the main ways to preserve the cultural heritage that now requires particular attention.

At the conference, I presented a report “Green Art Projects: The Impact of Art on Urban Space and Changing the citizen modus vivendi.”

Created in 2018 as a legacy of EXPO 2017, the International Green Technologies and Investments Projects Centre under the guidance of former EXPO 2017 Commissioner Rapil Zhoshybayev considers one of its activities to be creating art projects for sustainable development. The centre is just starting its activities in this area and hopes the centre will transform Nur-Sultan, Kazakhstan and the world into more sustainable places with an emphasis on green thinking.

In 2016, at the Global Salzburg Seminar of Culture and Sustainable Development, one of the plenary sessions was called “Artists inspiring change”. As the then UNESCO General Director Irina Bokova noted in her speech in Hanzhou: “Culture allows for sustainable development because it is a source of strength, values, social integration and participation of people in society. Culture is the driving force of creativity and renewal.”

Artists and creators strive for a better world. The presence of the artist transforms the urban landscape, makes it better, inspires.

Urban projects by Gaudi, Salvador Dali, Tonino Guerra are bright indicators of the influence of artistic reality on the surrounding reality, interactions and incarnations of artistic symbols and premonitions. Wim Wenders in his 1990s film “Notes about the cities,” marked a great crisis of urban existence and a need for change. At the third World Forum of UNESCO on Culture and Cultural Industries, Culture and Art were proclaimed as the main drivers for change the following way: “Urban and rural areas are true laboratories for sustainable development. Providing a central place for creativity and well-being in sustainable urban and rural planning allows to create a safer, more productive and highly organised urban environment.”

The Florence Declaration, which was proclaimed at the forum, emphasises: “Creativity contributes to the making of open, socially inclusive and pluralistic societies in which various sources of inspiration and innovation have free flow and support.”

The demands and premonitions of the new century create a new trend in modern art — green art projects. The cultural initiatives that international organisations are creating, such as UNESCO, the International Federation of the Arts Councils and Cultural Organizations (IFACCA), the Asia-Europe Foundation (ASEF), the British Council in the United Nations development programme are helping change reality.

The UNESCO Network of Creative Cities is an experiment that changes the idea about ​​urban space and citizens. The network meeting in 2017 was held under the title “Creativity in the interests of sustainable urban development: creating inclusive public spaces in the digital time.” The network is an attempt to restart urban thinking: “A creative city is not a trend, it is a reality, it is a way to promote sustainable development, which begins from social integration. To implement the UN Sustainable Development Goals, we need culture and creativity,” noted the participants of the network meeting.

The value of green art and green artists increased at the U.N. after actor Leonardo DiCaprio spoke at the U.N.

The Festival for the Earth, which included the participation of Monaco’s Prince Albert II and contemporary artist Maria Rebecca Ballestra, brought together the artistic and scientific communities. The festival was conceived as an art project that will promote social and scientific, economic transformation through creativity and culture. In 2018, the focus of the Festival for the Earth was on mitigating climate change, creating economic opportunities associated with a sustainable future, accelerating the transition to a greener world and contributing to the development of environmentally friendly culture.

Co-organiser of the Festival for the Earth and artist Ballestra is one of the creators of green art world projects. In 2014, she began the project “Journey into Fragility.” The composition of the “Green City” from the project is dedicated to the City of the Future, Masdar City, which will operate 100 percent on renewable energy sources. The composition consists of graphics, accompanied by modern Arab poems.

The influence of art on the urban space and art’s influence on the way urban citizens live is often increased by the so called creative-analytical laboratories created by the mayors of large cities worldwide. A striking example is the artist and the director of the creative analytical laboratory at the mayor’s office of Mexico City Gabriella Gomez Mont. She and her colleagues are trying to change the spiritual climate of the city.

During the signing of the Paris Agreement at COP21, artists, seeking to support this initiative, held the Art COP21-initiative, which continued for four months and included 550 art events involving 250 artists.

Green Art is not only a new trend in modern art creating images and symbols for a new reality, but also an art of action spreading new ideas on ecological thinking.

The City of the Future is a city of creativity, with the creative people of the New Century, writing a new history of the planet.

The author is Coordinator of the Art for Sustainable Development Project supported by IGTIC.