NUR-SULTAN – The annual BI Marathon, which has been promoting healthy lifestyles, charitable giving and social responsibility in the Kazakh capital since 2016, was in late April certified by the Association of International Marathons and Distant Races (AIMS/IAAF). This year’s race, on May 26, with its new status, drew 250 foreign guests from 26 countries, as well as more than 7,600 runners from regions in Kazakhstan. 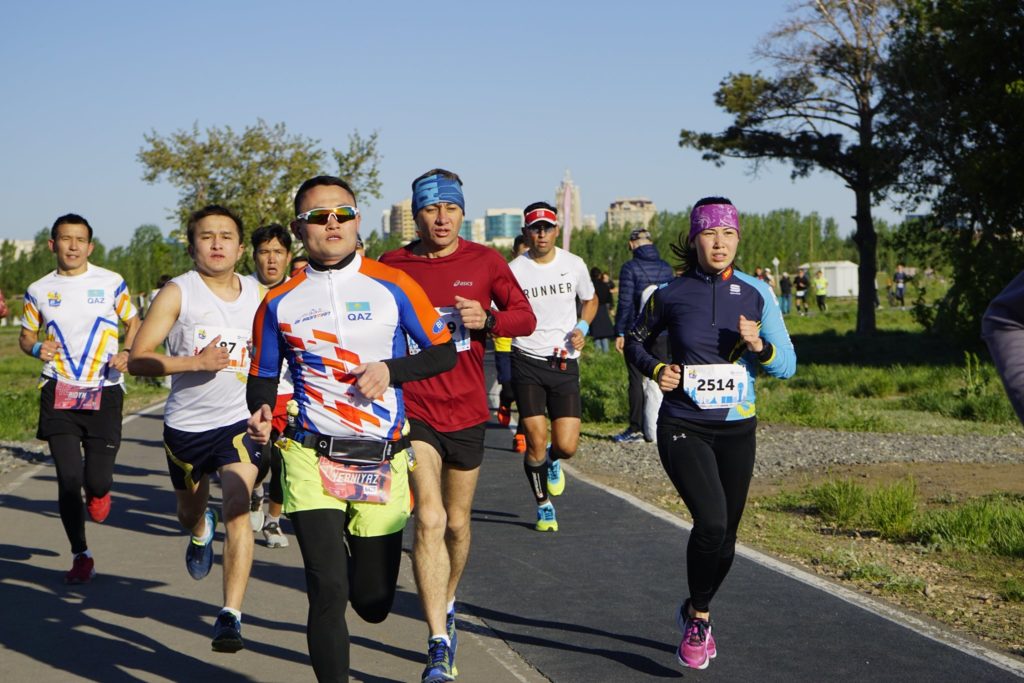 “[W]e will feel a significant effect from the inclusion in the international calendar next year. Inveterate marathon participants who combine sport with tourism, travel to new tracks and are interested in a fast and flat marathon, will visit our city for sure,” Marathon Director Alexei Sidorenko told kursiv.kz.

The route this year kept mainly to city parks and the Yessil River embankment. The start and finish line was at the Triathlon Park.

“Usually marathons are held within the city and in this regard many streets are blocked. We have involved only two,” Sidorenko said. Turan and Saraishyk streets were blocked for the race.

“At the same time, we managed to demonstrate urban beauty… We managed to get positive feedback from the runners about the work of volunteers, musical accompaniment throughout the route and the beauty of the route. The views opening along the course contributed to the emotional uplift of the runners,” he added.

BI directs money from the marathon participation fee to its BI-Zhuldyzai charity fund. With the 26 million tenge (US$68,412.50) collected from last year’s race, the fund opened the Zhuldyzai rehabilitation centre in Atyrau. The centre provides consultations, rehabilitation and surgery for children with cerebral palsy.

The oldest participants of the fourth marathon were 75-year-old Dina Dzhandarbekova and Talgat Zharmukhametov. Dzhandarbekova, a lecturer at the Kazakh University of Technology and Business, said that she wants to show her students the importance of leading an active lifestyle. 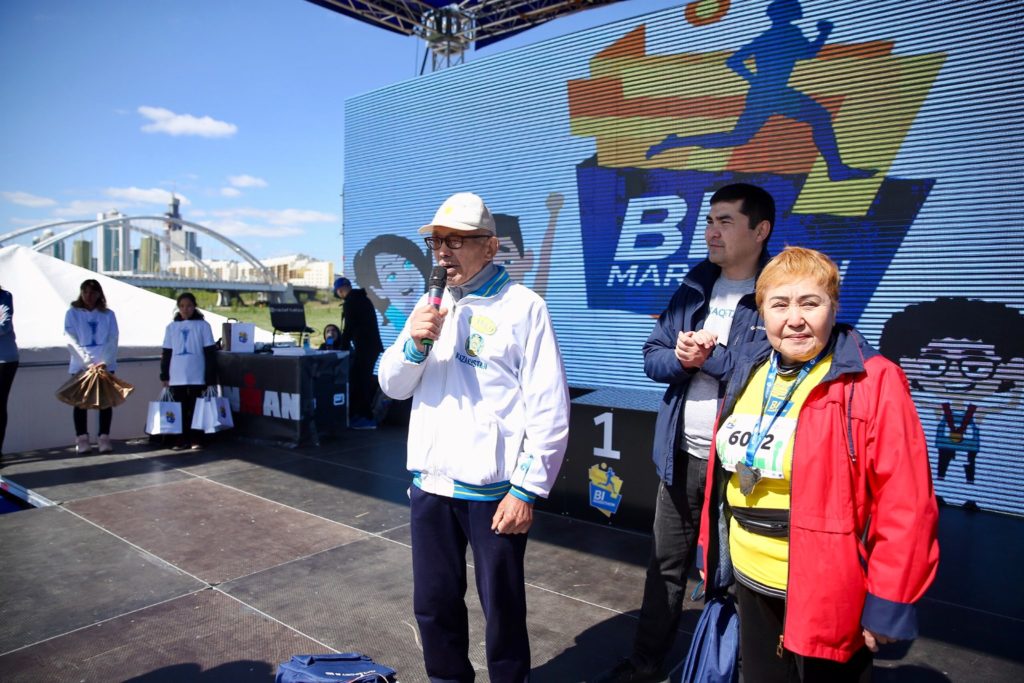 Many participants beat their results from last year. Kudaibergen Zeinollaev won among men in the 21.1 kilometre race with a time of 1:13:45. Daria Starostina came in first among women in the same distance at 1:33:54.

The absolute winners of the 42.2 kilometre distance, the marathon’s longest race, were Bazarbay Dautaliev among men, crossing the finish with a time of 2:34:19, and Zhanerke Nurbaikyzy among women at 3:43:13.