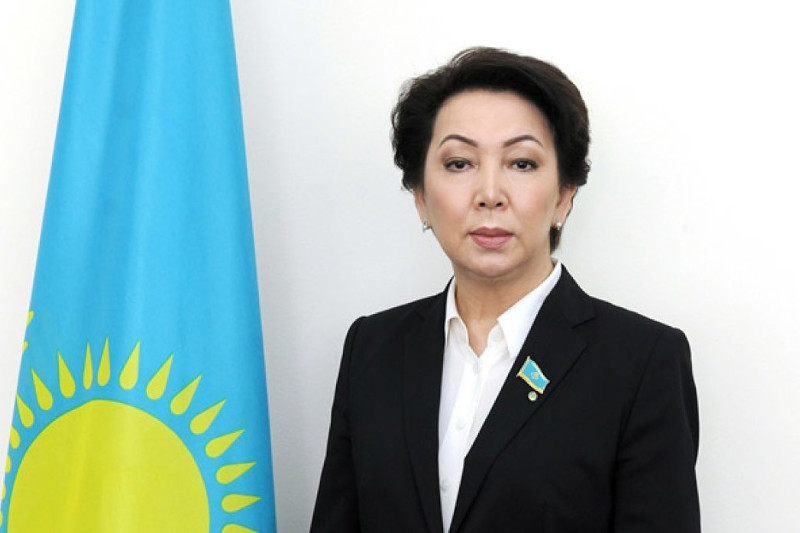 Founded in 2002, the Ak Zhol Democratic Party is a liberal political party with approximately 255,800 party members that has run on a pro-reform, pro-business platform in the country’s previous presidential elections.

Born in Zhaisan village of the Aktobe Region, 58-year-old Yespayeva is a member of the Mazhilis (lower house of Parliament) Committee on Finance and Budget, the region’s Atameken Union Board and Coordination Council. Nominated as the Ak Zhol Democratic Party nominee April 24, she received 49.5 percent of the party’s 190 voters in a secret ballot, collected 139,541 signatures in the country’s 17 regions to meet the Central Election Commission requirements for presidential candidacy and is the first woman in Kazakh history to run for president.

For Yespayeva, “a firm supporter of small and medium-sized businesses,” the main conditions for citizens’ improved well-being is mass entrepreneurship and fair competition. To transform the country’s economic challenges into opportunities, she proposes to reduce the loan rates of the Kazakh National Bank and second-tier banks, stop regular currency devaluations, develop non-bank financial instruments and institutions such as the Astana International Financial Centre, simplify tax administration and reporting, deter officials from obstructing business activity, reduce the value-added tax (VAT) rate for priority sectors or replace the VAT rate with a sales tax, prioritise local businesses, introduce parliamentary monitoring over national companies’ activities to ensure efficient public fund use, digitise interaction on customs and tax procedures among businesses and government agencies and establish greater transparency in the public procurement system. The state’s obligation is to ultimately “support those who support themselves, pay their taxes and provide jobs to others,” she believes.

Secondly, Yespayeva emphasises Kazakhstan’s independence as a key value for citizens because it concerns “our people, our land and its wealth that we inherited from our ancestors, our state language and the unity of our multinational society.”

“Independence, territorial integrity and national identity are Kazakhstan’s most important values, along with people’s rights and freedoms,” her platform states. “The most important achievements of (Kazakhstan’s) independence are mutual respect for the languages and cultures of all nationalities and ethnic groups living in our country, equality among citizens and respect for the national sentiments and traditions of all ethnic groups.”

She advocates for respecting Kazakhstan’s history, culture, state language and the languages and cultures of all ethnic groups, decolonising the public consciousness through renaming objects, streets and settlements, upholding the passing of an exam on knowledge of the Kazakh Constitution, history and state language as a requirement for granting Kazakh citizenship, supporting Kazakhstan’s traditional religions and protecting society’s spiritual sphere from foreign influence.

“I am participating in the election to serve my people and my country with honesty,” concluded Yespayeva.