NUR-SULTAN – Yerzhan Maksim, a 12-year-old schoolboy from Oral, was selected by Russian singer Valeriy Meladze to compete in the final of the Russian reality talent show “The Voice Kids” in Moscow April 26. 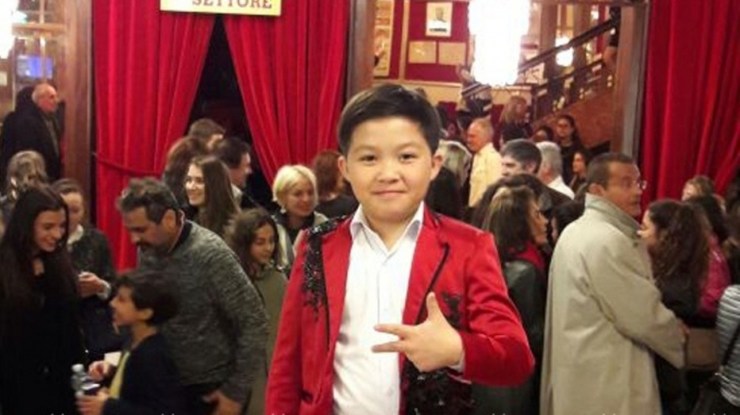 “A lot of people came to support my son, but only four were let in – me, an aunt, my friend and Yerzhan’s friend, whom he met at another international competition,” said Gulmira Alibek, Maksim’s mother, at the semifinal. “The excitement overwhelmed us. My son performed with two other contestants, and they sang Muslim Magomayev’s song ‘Blue Eternity’.”

During the blind audition stage for “The Voice Kids,” Maksim sang Andrea Bocelli’s “Ama Credi e Vai.” Judges Pelageya, Meladze and Svetlana Loboda were faced toward the audience during his performance and were quick to turn their chairs toward him to express their interest in coaching him. Meladze has been Maksim’s mentor throughout the competition, and the young singer is currently preparing for the final in Aktau with vocalist Nurgul Mederbekova. The winner of the sixth season will be determined by television viewers voting by telephone, SMS text and the official app.

“We hope that, with the support of Kazakhstan, we will be able to win because the winner (of the final) will be determined by public voting,” Alibek added.

Maksim has been taking music classes since 2012.

“Yerzhan has grown a lot professionally. He has extensive experience in international competitions. He has a powerful and flexible voice, can hit high notes and always performs songs with passion,” said Dariya Bakytova, Maksim’s music teacher, to Kazakh-tv.kz.

“He has a calm personality. He is confident on stage like a true artist and can interact with the audience. Among friends, he is cheerful, open-minded and friendly… He dreams of putting Kazakhstan on the map in the future like Dimash,” said Alibek referring to the rising star Dimash Kudaibergen.