By Zhanna Shayakhmetova in International on 23 April 2019

NUR-SULTAN – The United Kingdom views Kazakhstan as one of its major strategic partners in Central Asia, U.K. Minister of State for Europe and the Americas Sir Alan Duncan said in an exclusive interview with The Astana Times. 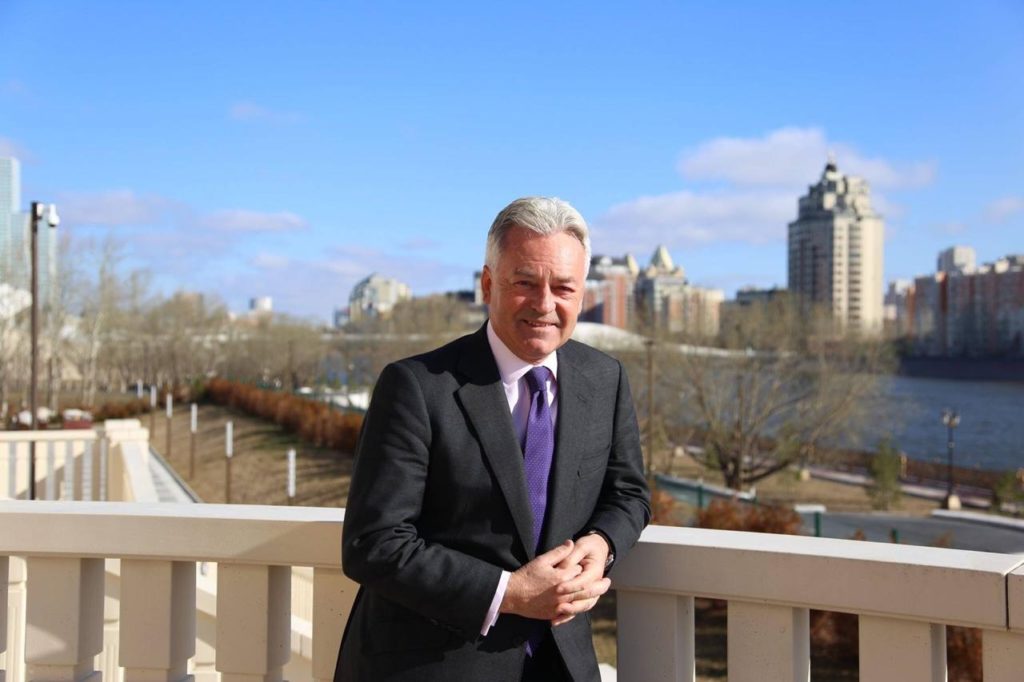 He spoke about the U.K.’s support for the continuity represented by Kazakhstan’s domestic leadership transition.  The stability and predictability of the country’s policies are important for the international community.

“The whole region is important for us. There are great opportunities and we want to take those opportunities. I’m pleased that over the last few years there has been business activity in excess of 20 billion pounds (US$26 billion). It’s a lot, but it’s not enough. And as we leave the European Union, we want to look outwards and be more global and Kazakhstan, at the heart of Central Asia is in a very important region,” he said.

The U.K. aims to strengthen political, trade and economic cooperation with Kazakhstan.

“We admire this stability and continuity that’s good for business. It’s also good for any relationship. We obviously think with our deeply-held democratic values that it can be good for all concerned if there can be more freedom in various areas. But we respect the differences between our countries and the opportunity to have a good constructive relationship,” he added.

“All mature markets need supportive financial markets. I think to have the financial centre is a very good ambition and it’s an area where we’d like to see further close links with the City of London. The AIFC operates according to the principles of English common law. To have the integrity of law so that people trust what’s going on is very important and I’m glad the U.K. is guiding a lot of the development of the AIFC,” he said.

The U.K. is one the five largest investors in Kazakhstan, with $13.3 billion in gross direct investment from 2005-2018. More than 860 legal entities, branches and representative offices with British participation are registered in Kazakhstan.

“People need to trust the law and they need to be able to register and run their businesses on the basis of trust. If there’s a dispute, you need to know that it’s going to be resolved fairly. You also need an entire climate in which there is no corruption. Corruption actually destroys business and destroys economies and it destroys governments. So ironing out any kind of corruption is very important.  In terms of future trade, I think that there are many opportunities in the extractive industries like oil and gas and mining, but also in agriculture and IT. The job of politicians and government is to create the conditions in which entrepreneurs and business people can take the opportunities,” he said.

During his visit to Kazakhstan, Sir Alan met with Minister of Foreign Affairs Beibut Atamkulov on April 17 to discuss prospects of bilateral strategic partnership and issues on the international agenda, as well as Prime Minister Askar Mamin, Speaker of the Senate Dariga Nazarbayeva and Speaker of the Majilis Nurlan Nigmatulin.