Three decades, roughly a generation, after the countries of Eastern Europe and Central Asia emerged from the collapse of Communism and embarked on the path to market economy and democracy, the region is now in the middle of a new and different kind of revolution. It is what I would call a revolution of choice. 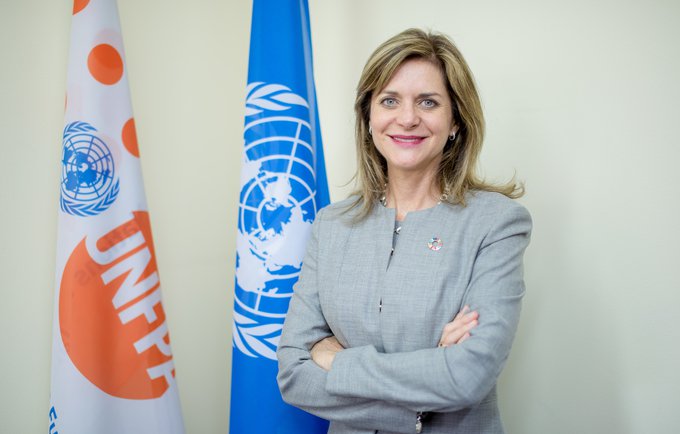 Choice happens when people can make decisions about their lives. It begins with the most fundamental questions: Who do I want to be with? Do I want children? How many? What work do I want to do? What education do I need? What balance do I want between family and private life, and work or other aspirations?

Where people can make these decisions freely, they thrive. Choice is empowering. And we see choice blossoming everywhere in the region, as women and men, boys and girls, use the opportunities our changing world provides to shape their lives and pursue their futures.

But not everyone benefits equally. In fact, large parts of society are still excluded from the revolution of choice.

Take Maria, from Moldova. Maria was 16 when she became pregnant for the first time. She didn’t know anything about contraception or the risks of an early pregnancy.

“I had never discussed such things with my mother. I was ashamed,” Maria told us. “Our biology teacher was ashamed, too, I think, so she skipped these topics.”

Maria dropped out of school, even though she had been among the best pupils in her class. Today, at age 22, she has three daughters. The family is barely making ends meet.

Maria’s story is far from unique. Like Maria, millions of boys and girls never learn at school or within their families how to protect themselves from unintended pregnancy and how to have respectful, equal relationships. They are left alone with the potentially life-shattering consequences: early child-bearing, often putting an end to their education and leading to a life in poverty and violence.

Millions of women are trapped in unequal or abusive relationships. They are not allowed to make decisions about their bodies, health or fertility, and live in constant fear of violence. Disturbingly, one in three women in our region has experienced some form of physical or sexual violence, often from a partner, a new UNFPA-supported survey found.

These are not just statistics. Every girl dropping out of school, every woman being beaten and confined to the house means another life at serious risk of not reaching its potential.

As modern societies, we cannot afford to waste the potential and talents of millions of people facing exclusion and discrimination: women and young people, people with disabilities, migrants, minorities, older persons and other groups pushed to the margins. This is not just a moral imperative. It goes to the heart of a country’s ability to steer towards long-term stability and prosperity.

The good news is there are signs of change everywhere. Parents are beginning to see the value of giving their children what they need to make healthy and safe choices, even if this involves uncomfortable subjects like sexuality. Many young people are coming forward and actively engage in shaping their future and that of their countries. More and more men understand that traditional gender roles not only harm women, but also diminish their own experiences as partners and fathers. People recognize that differences – be it in gender, age or physical ability – do not affect the value and dignity inherent in all human life.

These transformations add up to a powerful groundswell of change. They bring us closer to realizing the vision formulated 25 years ago, at the ground-breaking International Conference on Population and Development (ICPD), which firmly placed the rights and choices of the individual at the heart of the international development agenda and stressed that empowering women and girls is key for the well-being of individuals, families, nations and our world.

Today, as we mark the ICPD’s 25th anniversary and launch this year’s State of World Population report, “Unfinished Business: The Pursuit of Rights and Choices for All,” we call on governments, civil society, the private sector and individuals to join the revolution of choice. We must all do our part to make choice a reality for everyone – through laws and policies, and through our own behaviours and attitudes.

A few steps can go a long way. Offering healthy lifestyle education in all schools, for example. Enacting zero-tolerance policies towards violence against women and having a system in place to support survivors. Ensuring better childcare, parental leave and flexible work arrangements so that no parent has to choose between children and career.

Investing in policies that expand people’s choices and leave no one behind strengthens what scientists call “human capital”, the combined skills, knowledge and experiences of a country’s population. This is essential for economic performance. And it puts countries in a strong position to deal with the consequences of demographic change such as low birth rates and ageing populations.

UNFPA, the United Nations Population Fund, has 50 years of experience in helping countries introduce such policies and advising on what has worked elsewhere. We stand ready to assist the countries in the region to unleash the full power of choice.

Because choice is not only a right every person is entitled to. It is an essential ingredient for shaping our common future.

The author is the Director of UNFPA’s Regional Office for Eastern Europe and Central Asia.