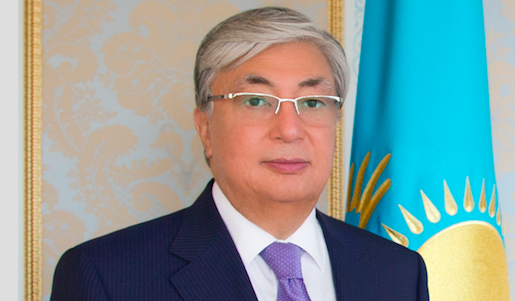 Candidates for the June 9 presidential election are required to demonstrate proficiency in the Kazakh language by writing a maximum two-page essay in Kazakh, reading Kazakh text provided to them and speaking in Kazakh on a topic for at least 15 minutes.

“The linguistics commission began its work. In accordance with our assignments, current President Kassym-Jomart Tokayev wrote an essay on the topic ‘The poetry and novels of Abai Kunanbayev.’ He did a good job. He read a collection of stories ‘Mynbulak’ written by Sherkhan Murtaza. For the speaking part, he chose the geopolitics of modern Kazakhstan. We listened attentively. All the members of the commission expressed their opinion that the candidate Kassym-Zhomart Tokayev speaks the state language perfectly,” said Linguistics Commission Chairman Myrzatai Zholdasbekov.

The Nur Otan party congress unanimously nominated him as the party’s candidate.

For the reading part, Tugel read “Ballads in the Steppe” written by Abish Kekilbayev and confirmed his language fluency.

“At the third stage, the candidate demonstrated his public ability skills. He coped with this task,” said Yessim.

The linguistics commission also includes Academician of International Academy of Higher School Adil Akhmetov, head of the Kazakh Literature Department at the Gumilyov Eurasian National University Seit Kaskabassov, head of the Ruhani Zhangyru Cultural Centre at the Nazarbayev University Gultas Kurmanbai and member of the National Academy of Sciences and head of Baitursynov Institute of Linguistics Yerden Kazhibek.