By Nazira Kozhanova in Business on 23 April 2019 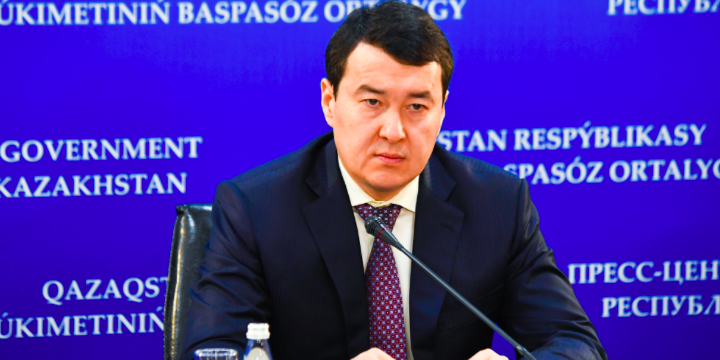 “A working group with the involvement of all interested government agencies and national companies has developed a new approach to attracting investments. The parties’ opinions were taken into consideration and a consensus was formed. The cornerstone of the new architecture will be the Coordinating Council on Investment Issues chaired by the Prime Minister of Kazakhstan,” First Deputy Prime Minister and Minister of Finance Alikhan Smailov said at the government meeting.

Attracting foreign investment is a priority for the Kazakh government. The project joins other efforts, including the New Architecture of Investment Issues Framework.

“The project’s promotion within the New Architecture framework will be as follows. The first stage is the centralised collection of all potential investment projects in the Regional Investment Hub. At the second stage, the processing and analysis of projects based on Kazakh Invest with the involvement of experts from the AIFC and consultants will be conducted. We will also bring projects into formats understandable to foreign investors… The third stage is the promotion of ready-made, packaged projects, using the available channels of the AIFC and the infrastructure of the Ministry of Foreign Affairs. The fourth stage is the conclusion of contracts made on the basis of the Investment Hub using the legal infrastructure of the AIFC,” said Smailov.

The project is to be presented during the Astana Economic Forum May 16. The AIFC will coordinate the project. Smailov highlighted the importance of the project for the state.

“Increasing the investment inflow rate is a necessary element for ensuring GDP growth at the five percent level and achieving the strategic goals of the state,” he said.

AIFC Governor Kairat Kelimbetov noted in a recent report that the AIFC supports the government’s initiative to establish a Coordination Council and a Regional Investment Hub.

Minister of Foreign Affairs Beibut Atamkulov also spoke at the government meeting about efforts completed in the first quarter to build an integrated ecosystem to attract investment. Meeting participants also identified in each ministry the akimat (regional governing body) and national companies deputy chief executive officers who are responsible for investment work and exports.

Atamkulov said the heads of diplomatic missions were given specific tasks in their host countries as well as performance indicators. Forty potential investor countries of priority have been identified, including the United States, Germany and Japan.

The government is also working to automate the process of interaction with organisations to accompany investors at all levels of development. The Ministry of Foreign Affairs and Kazakh Invest have also established an information monitoring system (CRM) to support projects and investors online.

Factors that impede foreign investment were also discussed at the government meeting. Investors at dialogue platforms, such as the Council of Foreign Investors, the Council to Improve the Investment Climate, European Business Association of Kazakhstan have noted challenges, including the rule of law, the volatility of the tenge rate, infrastructure, allocation of land, decriminalisation of tax offenses and migration. On all the above issues, the Ministry of Foreign Affairs has prepared a corresponding Concept and Draft Law and sent it to the Ministry of National Economy. Additionally, Atamkulov pointed out the need to modernise current legislation to maintain its position at the regional level.

Minister of Justice Marat Beketayev also spoke at the meeting on the advantages of the special legal regime of the AIFC. According to the Constitution, a special legal regime was established in the financial sphere in the capital relating to the AIFC. Investor activity at the centre is also governed by English common law and the official language is English. An independent court has also been created related to the AIFC, overseen by English judges.