By Malika Orazgaliyeva in International on 27 April 2019 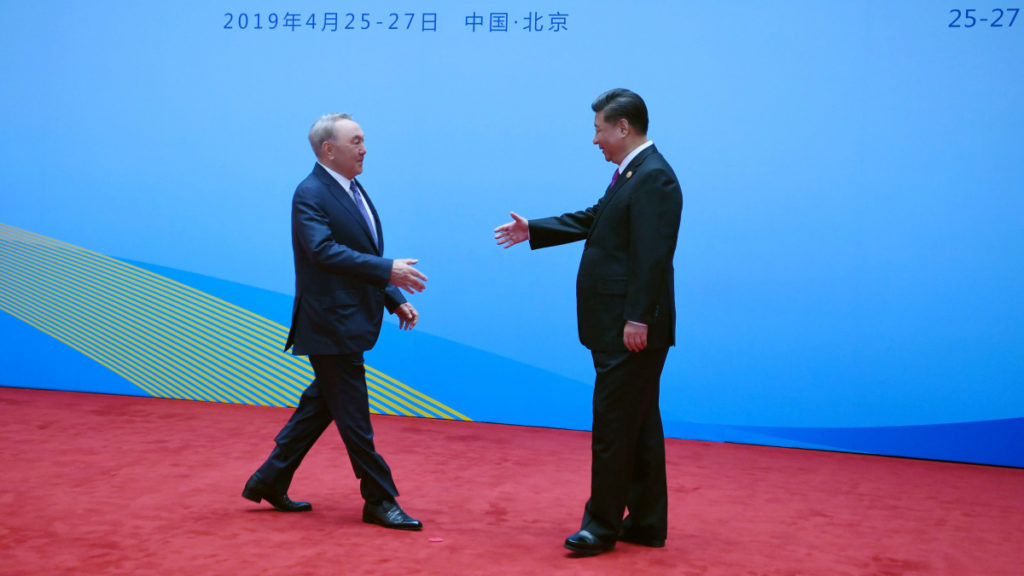 “Over the past ten years, Kazakhstan has invested about $30 billion on infrastructure development, transport and logistics assets and competence. Almost 3,000 kilometres of national railways and 12,500 kilometres of highways have been modernised or put into operation. Domestic sea and air harbours were reconstructed. As a result, the country has turned into a modern and competitive transit hub,” he said.

Nazarbayev also said China’s Belt and Road Initiative is in line with his own G-Global Initiative to address global economic challenges.

Nazarbayev praised the Belt and Road Initiative, saying it has succeeded where other efforts to revive the Silk Road over the last 30 years have failed.

“In a short period of time, together we have built economic corridors which avoided complex natural landscapes and geopolitical contradictions,” Nazarbayev said noting trade within the initiative has reached $5 trillion.

Nazarbayev said the initiative proposed by Chinese President Xi Jinping in Nur-Sultan (then called Astana) in 2013 has become a successful model for development despite current international political contradictions, sanctions and trade wars.

“It is clear that the world is already tired of conflicting geopolitical concepts and strive for geo-economics and joint development. The Belt and Road displays much more than a complex of new opportunities for economic cooperation. The initiative reflects a strong historical demand for security, trade and prosperity of more than 120 countries,” Nazarbayev said noting Kazakhstan has supported the initiative from its inception.

The former Kazakh President also congratulated the Chinese people during the forum on the 70th anniversary of the People’s Republic of China.