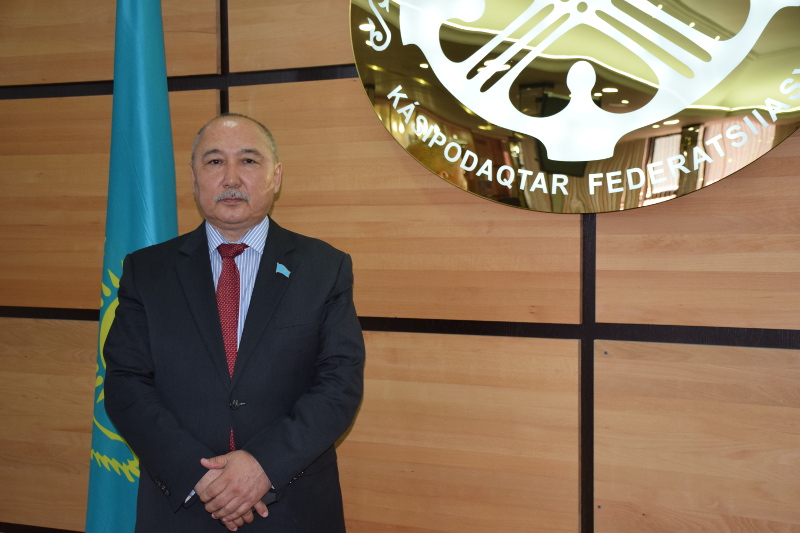 The KFTU Executive Committee put forward Taspikhov and KFTU Deputy Chairman Mukhtar Tinikeyev as potential nominees for the KFTU General Council’s consideration. Tinikeyev removed himself from consideration during an April 24 meeting, during which Taspikhov was determined the KFTU nominee for presidency.

“I thank all my colleagues who nominated me as the KFTU candidate for Kazakhstan’s upcoming election, which are two million miners, doctors, teachers and those who protect our peace,” Tinikeyev wrote on Twitter (@tinikiyev). “I recused myself because my proficiency in the state language, which I am diligently working on, is not sufficient for this important position.”

Presidential candidates must speak Kazakh and be free of 107 mental and physical ailments, according to regulations approved April 19 by the Kazakh Ministry of Healthcare and Central Election Commission. Taspikhov will write a two-page essay, read a text and make a 15-minute speech in Kazakh and be examined by a physician and psychiatrist to meet these requirements.

“A presidential candidate must have an impeccable reputation and a colossal set of skills and experience, all of which Amangeldy exemplifies,” said KFTU Chairman Bakytzhan Abdraimov at the meeting. 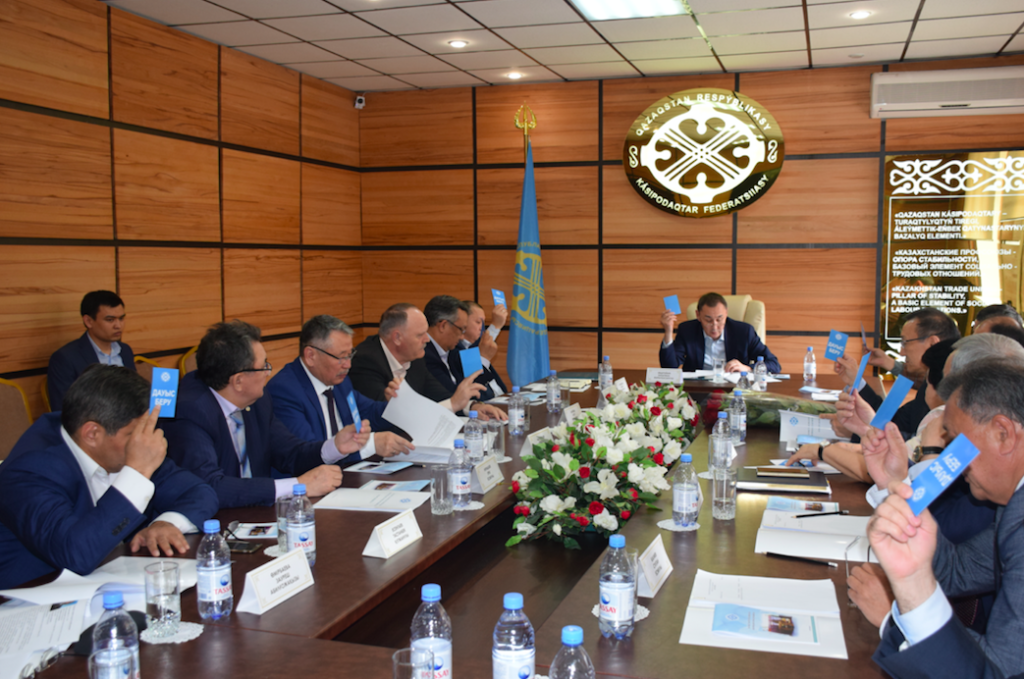 The KFTU is an organisation that aims to coordinate the actions of Kazakhstan’s trade union members, which are more than two million people, in representing and protecting their labour rights and interests. “Stable enterprise, stable society, stable country,” KFTU’s slogan reads.

“We position ourselves as partners in realising the tasks set by Elbasy (Leader of the Nation, the constitutional title accorded to former President Nursultan Nazarbayev). We will concern ourselves with socioeconomic and labour issues,” said KFTU Deputy Chairman Yegor Kapel.

Kazakh President Kassym-Jomart Tokayev announced early presidential elections April 9 in a televised address to the nation. The former Senate Speaker assumed the office of the President March 20 per the Kazakh Constitution following Nazarbayev’s resignation March 19 from the office he had held for nearly 30 years.

The nomination of candidates will continue until April 28. Several more political parties are expected to hold congress to nominate their candidates.