By Malika Orazgaliyeva in International on 22 April 2019 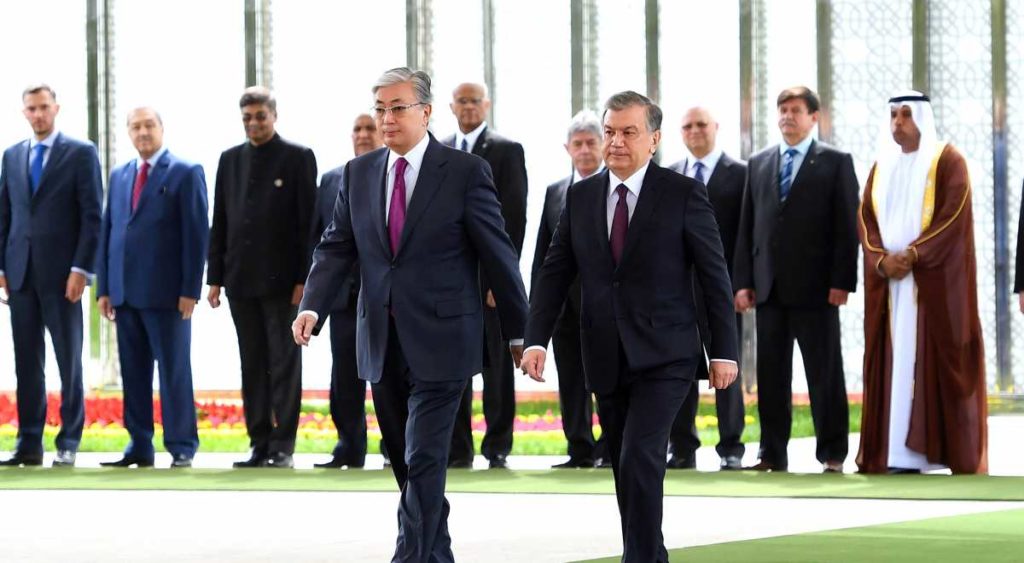 Tokayev’s visit to Tashkent saw the heads of the two states sign the Joint Statement outlining key priorities for further expansion of ties which have seen a remarkable growth over the last two and a half years.

Other documents signed by the sides in the presence of the two presidents included the agreement between the governments on employment and the protection of the rights of migrant workers, as well as on cooperation in combating illegal migration and a programme of cooperation between the two foreign ministries.

Agreements were also signed between the Ministries of Defence of Kazakhstan and Uzbekistan on cooperation in the field of air defence, as well as on the reception, airfield and technical maintenance and protection of military aircraft at military airfields.

“I intend to ensure the continuity of the policy of Elbasy (Leader of the Nation) and continue the development of comprehensive Kazakh-Uzbek interaction. This is illustrated by the joint statement of the presidents signed today by us, which reflects the main achievements and further horizons of our cooperation,” Tokayev said.

The Kazakh President also noted the two countries should seek out new economic areas of cooperation to increase trade to $5 billion by the end of 2020. Tokayev added that the number of Kazakh-Uzbek joint ventures has already begun to grow as a result of Kazakhstan’s measures to create a favourable investment climate.

“Successful examples of such interaction include projects on the joint assembly of cars, trucks and other equipment in Kazakhstan. Taking into account the particular importance of this field for our economies, an agreement was reached to continue active work in this direction,” Tokayev stated.

He also noted the success of last year’s Inter-Regional Cooperation Forum and said the creation of an International Centre for Trade and Economic Cooperation on the Kazakh-Uzbek border will “streamline cross-border trade, improve the access control infrastructure, as well as create a large trade and logistics hub in Central Asia.”

The presidents also said it was important to increase the work of the joint intergovernmental commission on bilateral cooperation and to appoint the heads of the two government as co-chairs.

The sides also agreed to cooperate within the Shanghai Cooperation Organisation (SCO), Commonwealth of Independent States (CIS), Conference on Interaction and Confidence Building Measures in Asia (CICA), UN and other international and regional organisations.

Tokayev and Mirziyoyev also discussed ways to help restore Afghanistan. They reaffirmed their commitment to assisting in the revival of the Afghan economy and underlined the need to develop long-term cooperation with Afghanistan, including through the implementation of major transport, education and health projects.