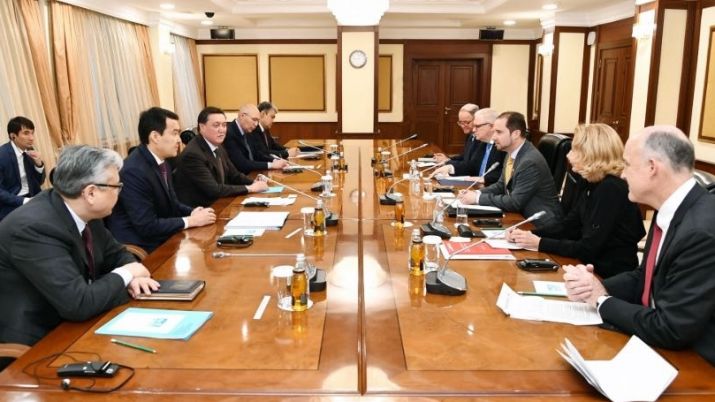 “The fact that the Kazakh government pays special attention to creating the most favourable conditions for attracting investments and strengthening the protection of investors’ rights and that the Kazakh Prime Minister is directly involved is a very good signal to investors,” Bradbury said at the meeting, as reported by Primeminister.kz.

Kazakhstan’s foreign direct investment (FDI) increased 15.8 percent to $24 billion last year, and its foreign trade increased 20 percent year-on-year. Kazakh officials hope the government’s new measures will continue that growth trajectory. The European Union is the largest foregin investor and foreign trading partner for Kazakhstan. The United States is among the largest investors, while Canadian companies are working in the uranium industry, among others.

The AIFC operates within a special legal regime based on English common law principles, an independent court and an international arbitration centre and positions itself as a financial hub for countries in Central Asia, the Caucasus, the Eurasian Economic Union, Europe, the Middle East, Mongolia, as well as Western China.