By Dilshat Zhussupova in Nur-Sultan on 26 April 2019

NUR-SULTAN – The first Comic Con in Central Asia will gather creators and fans of the vast comic book universe in the capital’s EXPO 2017 Congress Centre May 31-June 2, reports the city akimat (administration). 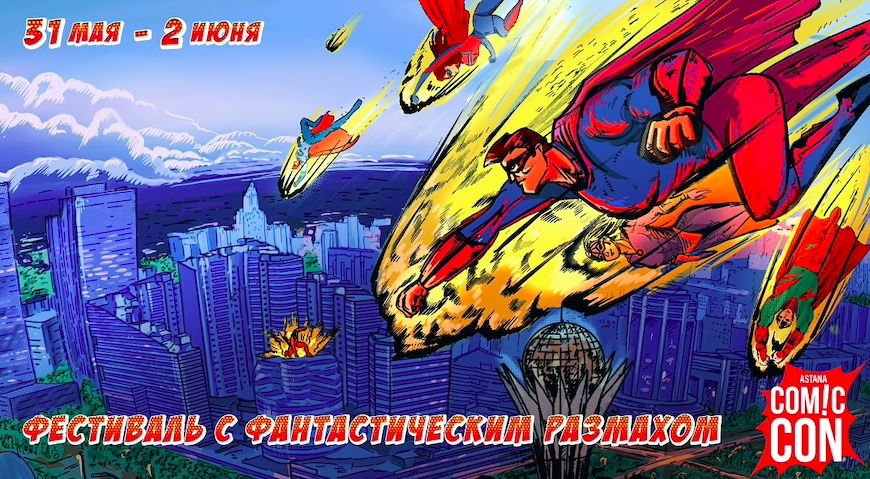 “Comic Con is an annual pop culture festival adored worldwide. These will be three fun days of plunging into the universe of comic books and computer and board games, meeting your heroes and major announcements of the coolest movie and television series premieres,” reads the official website of Comic Con Astana.

Comic Con Astana will be no exception, having registered the Comic Con trademark with the National Institute of Intellectual Property and promising the participation of Cartoon Network, HBO, Marvel, Nickelodeon, Sony Pictures Television and Wargaming. The comic book convention will coincide with International Children’s Day June 1, and approximately 70,000 people from Kazakhstan and abroad are expected to attend. The convention’s partners are Nur-Sultan Akimat, Astana Convention Bureau and Geek Market.

Illustrators, scriptwriters, comic book creators, publishing houses, film studios, computer game developers and cosplayers may send their portfolio and a cover letter to [email protected] to participate in the event, and tickets to attend are on sale at www.comicconastana.com.

Nur-Sultan regularly hosts the Astana Economic Forum and Congress of Leaders of World and Traditional Religions and notably held EXPO 2017, the grounds of which are used by the Astana International Financial Centre and Astana Hub and for events such as Astana Comic Con.