NUR-SULTAN – New low-cost airline FlyArystan will launch flights between Almaty and Taraz, Almaty and Oral and Almaty and Nur-Sultan in May. 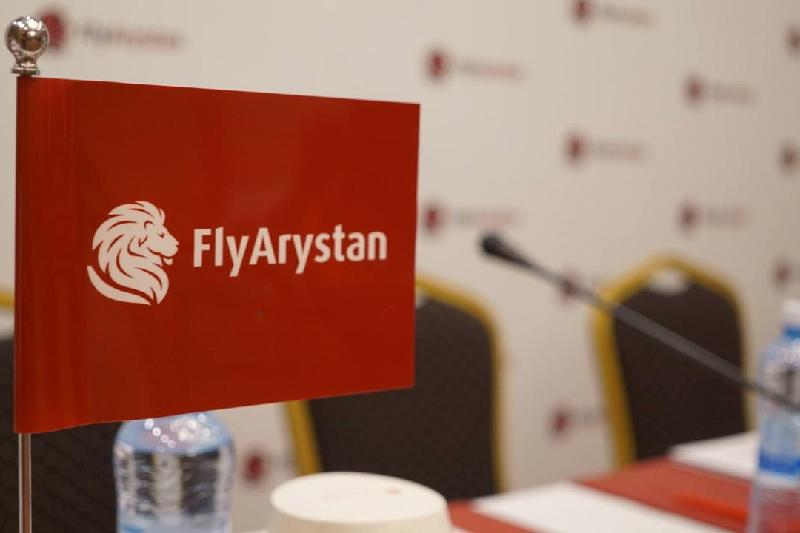 The direct flights from Almaty to Oral, the administrative centre of the West Kazakhstan region, will utilise Airbus A320 jets with 180 seats.

Tickets for Almaty and Oral flights will start at 12,999 tenge (US$34.12) one-way, including passenger fees of the airport. Tickets are available the airline’s website www.flyarystan.com. Additional services will also available, such as extra baggage, on-board meals and choice of seats.

“Almaty and Oral are divided by more than 2,500 kilometres, which can be overcome in a land-based mode of transport for at least three days. Moving in this way, residents of the two cities spend several days on the road to visit relatives and friends. From now on, people can visit one of the most beautiful cities of Kazakhstan, the pride of the region, on any day of the week, getting to Oral from Almaty in just two hours. We are confident that this flight will be popular not only among ordinary people, but also entrepreneurs who will contribute to economic development of the region,” said FlyArystan Director of Sales and Marketing Zhanar Zhailauova.

Tickets are also available for flights between Almaty and Taraz. Ticket prices for the 60 minute flights start at 5,000 tenge (US$13.12) one-way, including passenger fees of the airport.

The daily flights will also operate on Airbus A320 aircraft, which will be able to transport more than 130,000 passengers per year along the Almaty-Taraz-Almaty route.

“Our task is to provide people with the opportunity to travel easily and comfortably, discovering our country with a rich culture and history. We believe these discoveries should not be tiring in hot buses and trains wasting precious time. We are glad that thanks to FlyArystan, they will be able to see relatives more often, and entrepreneurs will build their business, establishing contacts with partners,” said Zhailauova.

According to the company, one of the most popular routes will be Almaty-Nur-Sultan-Almaty, which will operate twice a day. One-way ticket prices start at 6,999 tenge (US$18.4).

“We can say with confidence that this will be the most expected flight, which we are ready to carry out every day at the most affordable prices. We are pleased that from now on… not only will business people be able to fly from Almaty to the capital, but also an ordinary student, who can now visit relatives and friends more often, can do that for only 6,999 tenge (US$18.4) in less than two hours and that’s great,” said the Zhailauova.

The FlyArystan fleet includes four Airbus 320-232 aircraft with 180 seats that on average are six years old. In 2022, the airline plans to increase its fleet to 15 aircraft, which will be based around Kazakhstan.