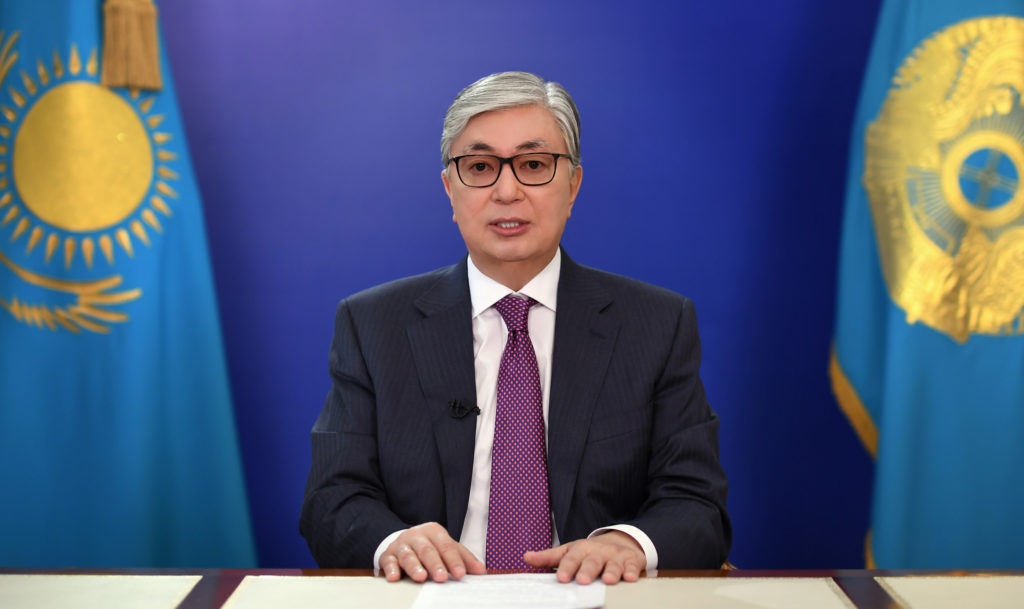 Tokayev called for the early election after assuming the office per Kazakhstan’s Constitution March 20 following the surprise resignation of Kazakhstan’s first and only President since independence, Nursultan Nazarbayev, March 19.

Tokayev said he called for the early election because it was “absolutely necessary” to ensure “continuity, predictability and stability” at the time of political transition and “to remove any uncertainty.”

In a televised address broadcast on all national television channels on April 9, Tokayev said: “Kazakhstan took a worthy place in the international community… We are living through an historical transition… Following my trips around the country… my conclusion is we are moving in the right direction.”

“That is why I firmly believe the early election of the head state is absolutely necessary. In order to ensure social and political harmony, firmly move forward, keep on solving the tasks of social and economic development, there is a need to remove any uncertainty,” he said.

“Besides, the situation in the world is changing quickly and not in the best possible way for us. We must reconfirm the continuity, predictability and stability of our domestic and foreign policy. We need to continue to work on the effective and successful realisation of the social programmes and the strategy of Elbasy,” Tokayev said, referring to former President Nazarbayev who carries the title of the First President of Kazakhstan and Elbasy (Leader of the Nation in Kazakh). “This can only be done through the direct expression of the will of the people through an election.”

“Kazakhstan is a democratic state. And the President will be elected according to the will of the people. As the current head of state, I guarantee that the election will be held in a fair and transparent way. This is my principled position,” Tokayev stressed.

Tokayev also said he consulted with Nazarbayev on the decision

He had also discussed this decision with Speaker of the Senate of the Parliament Dariga Nazarbayeva and Vice Speaker of the Mazhilis of the Parliament Vladimir Bozhko, Prime Minister Askar Mamin, Chairman of the Constitutional Council Kairat Mami, as well as heads of the political parties: NurOtan, AkZhol, the Communist People’s Party and Auyl Party.

Tokayev, who had served as Speaker of the Senate, became President of Kazakhstan on March 20 following Nazarbayev’s resignation after almost 30 years at the helm.

On the same day, the Akorda presidential office announced that Tokayev had signed a decree requesting the Central Election Commission organise the election and asking akims (governors and mayors) to ensure the timely compilation and veracity of voter lists and to provide comprehensive assistance to the central, territorial and district election commissions in relation to the holding the election.

According to the Constitution of Kazakhstan, the President of the Republic is elected by adult citizens of the Republic on the basis of universal, equal and direct election by a secret ballot for a term of five years.

A citizen of the country by birth who is at least forty years old, fluent in the state language, has lived in Kazakhstan for the last fifteen years and has a higher education, may be elected President of Kazakhstan.

Registration of candidates for the President is carried out by the Central Election Commission and begins two months before Election Day and ends forty days before election. According to the legislation of Kazakhstan, candidates for the President can be nominated only by political parties and nation-wide public associations and must be supported by at least one per cent of the total number of registered voters, equally representing at least two thirds of regions, cities of national significance and the capital of the Republic of Kazakhstan.

According to the data from the Central Election Commission from 2016, more than 9,700,000 voters were registered so candidates currently are required to provide no less than 97,000 signatures.