By Ainur Seidakhmetova in Culture on 1 April 2019 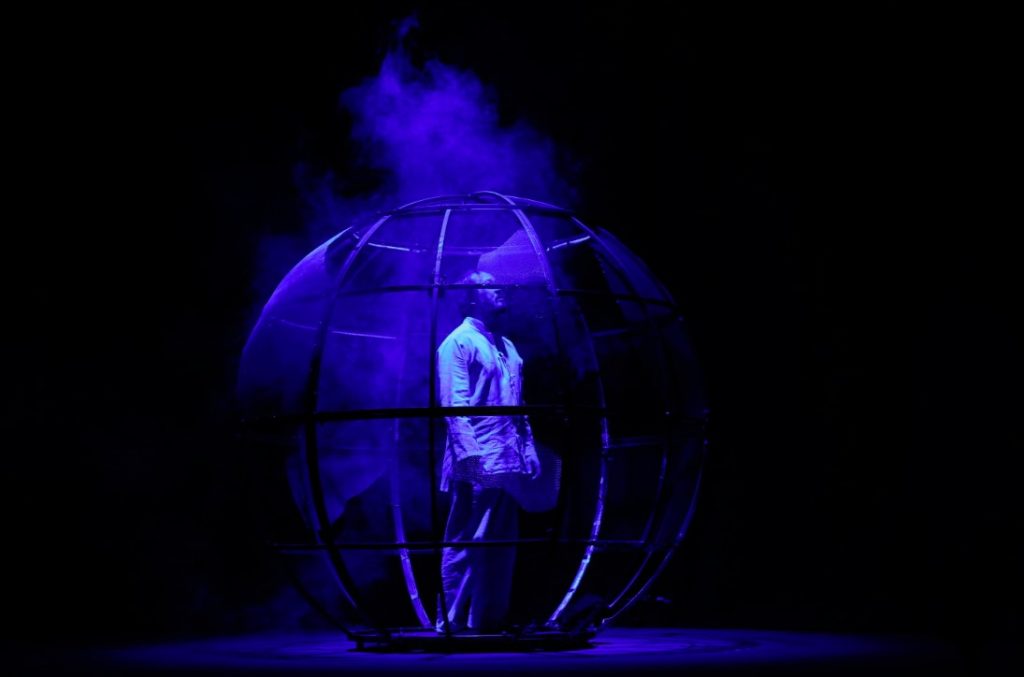 Kunanbayev, known more by his first name, is a famous 19th-century poet and philosopher and a founder of Kazakh written literature.

“Abai is a planet-scale poet and philosopher. I think his heritage is still underestimated. Some time ago I had a deeper read of his works and now he is my closest friend, advisor and mentor. I cherished the idea of this play for a long time. I suggested it to Farkhad Moldagali, the young talented director, and tonight you saw the result of our work,” said Oteuil, honoured actor of Kazakhstan, in an interview with The Astana Times.

He noted the stage decoration has several meanings, as the global shape demonstrates Abai’s universal talent. A dombyra (long-necked lute) hanging in the middle of the stage symbolises the way his poetry and philosophy reach the population. 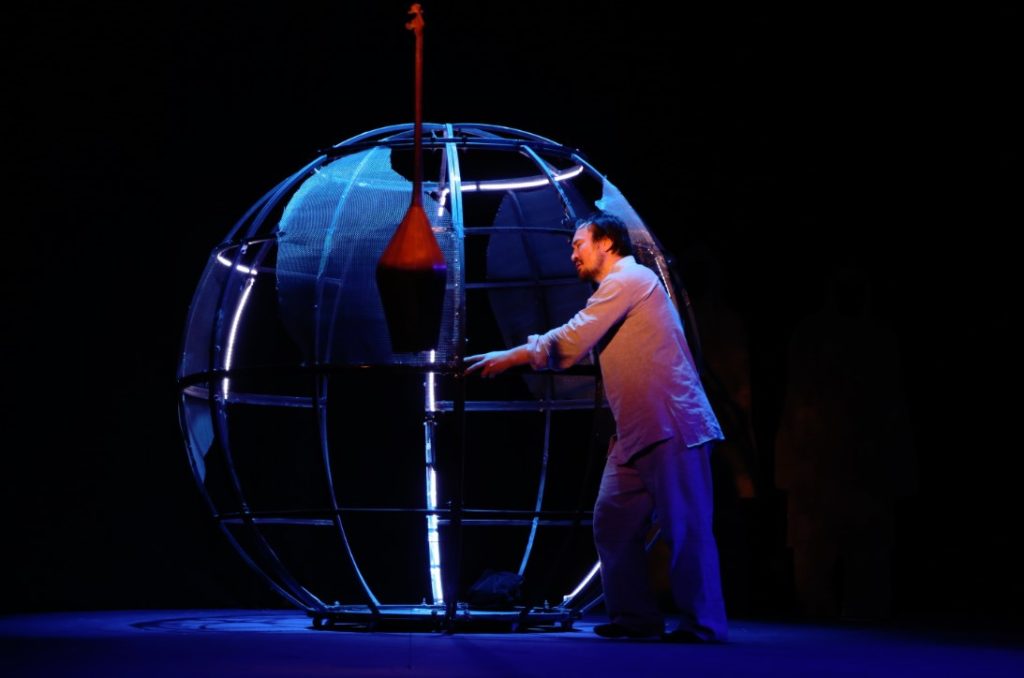 The play starts with the actor lying in a sphere, similar to a womb.

“A human life also ends in earth. It is an eternal lifecycle. Abai encourages each of us to realise our mission and every day report to ourselves what we have done good for our families, people around us and society as a whole,” he noted.

“Abai is the greatest critic of Kazakhs, but his criticism stems from the love to his people. He shows us our reflection and makes us think about our attitude and reaction to the existing reality. The play is about Abai’s soul, his thoughts and inner world. We named the play ‘Abai Jan’ (Kazakh for the Soul of Abai) in the hope to touch the soul of every spectator,” he added.

The audience was drawn to the play.

“I enjoyed the performance so much. The city often sucks us into an everyday routine. Such performances give us an opportunity to take a pause and think about the meaning of life. I realised that Abai’s words are still relevant. He described all social diseases existing in our society. He calls us to be responsible for our own life. Each of us should start from ourselves – work hard, be honest, do good things. Only this way can we change ourselves and change the environment,” said Talsha, a spectator who only gave her first name.

“I read a few of Abai’s poems when I was in school. Now, I am 21. I discovered Abai’s philosophy only after this performance. I think that a person should be mature enough to understand Abai’s works. I had unanswered questions for myself. Tonight, I found answers to some of them,” added audience member who gave his name as Ardak.