By Aidana Yergaliyeva in Nation on 18 April 2019

NUR-SULTAN – Almaty and Japanese officials recently planted the first of 100 cherry blossom trees along the Esentai River in Almaty as a symbol of friendship between the city and Japan. 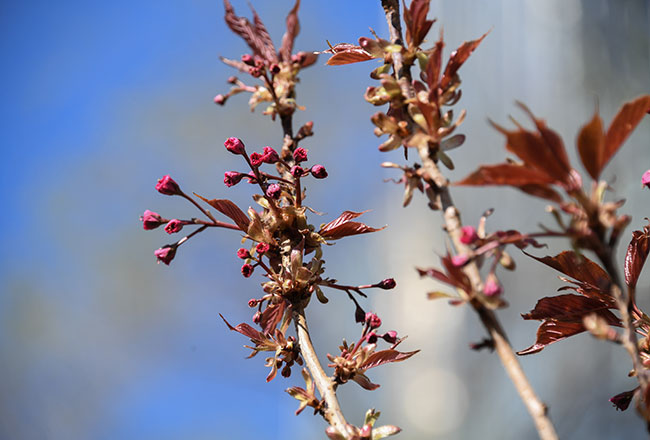 “We picked up exactly the kind of sakura (cherry blossom) that fits the climate of Almaty. At the initial stage, we brought over 100 trees, but we plan to plant even more,” said Kazunori. 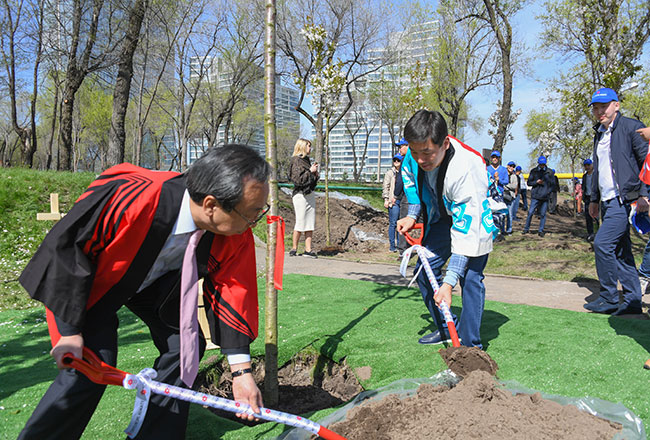 Tokyo Rope International will protect the river bank from erosion using its rock box method. The company, a subsidiary of the transnational Tokyo Rope Manufacturing, has been designing and manufacturing eco-friendly disaster prevention facilities since 1887. 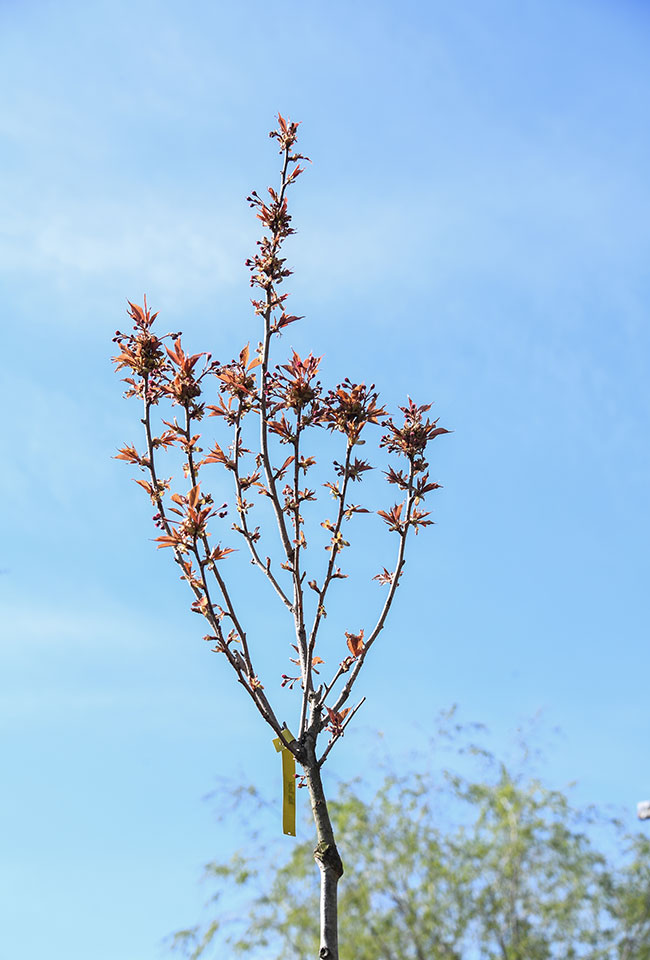 “This is a strong and durable engineering protection system created from an alloy of aluminum and zinc. It has no analogues in the world. Its environmental friendliness is also important. Unlike concrete, with the rock box, which is produced at the Almaty plant, this is feasible,” he added.

Japan is one of Kazakhstan’s key partners. During his first visit to Tokyo several years ago, the then Kazakh President Nursultan Nazarbayev telecast the launch of Tokyo Rope Almaty, the first Japanese steel products manufacturing plant. A year ago, the Japanese business opened its second high-tech plant in the Almaty industrial zone.

The day before the sakura planting, approximately 120 volunteers participated in the city’s Jasyl Meken programme, installing nearly 7,000 trees which saturated the city’s heavily polluted air with oxygen. The species included ash, birch, linden, oak, maple, acacia and spruce, and the city akimat plans to plant more than 12,000 trees this spring.