By Aidana Yergaliyeva in Nation on 28 March 2019 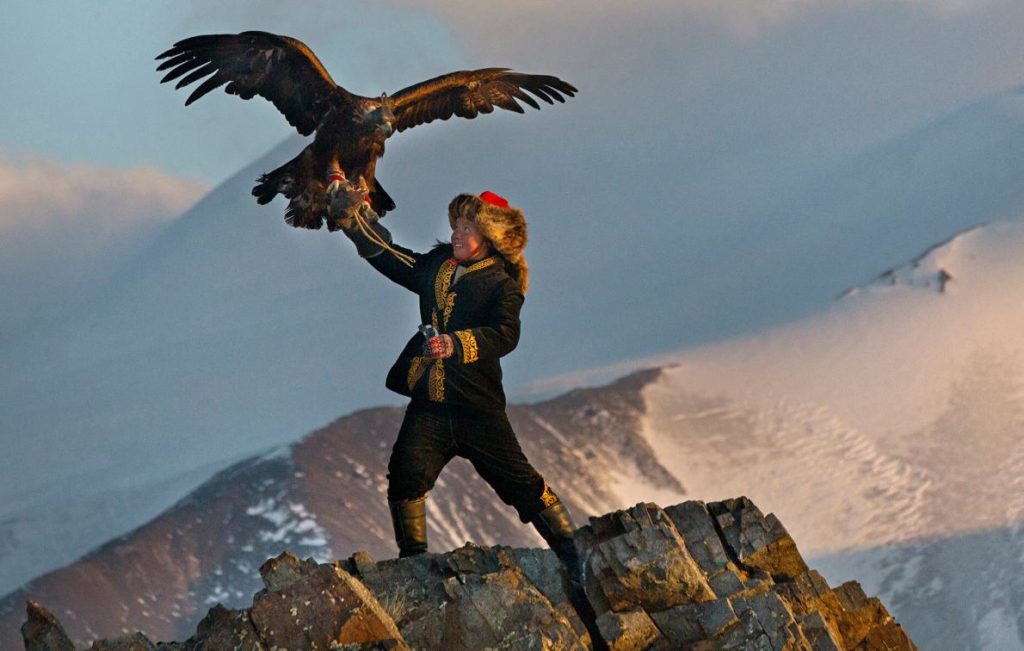 The programmes were added to the Year of Youth roadmap during a March 26 government meeting, which also included the addition of general vocational training and assistance for young journalists seeking to promote Kazakhstan’s image.

Former President Nursultan Nazarbayev designated 2019 the Year of Youth and the newly added initiatives join other programmes to develop the country’s next generation.

The Eagle hunting (berkutchi) centres will teach the ancient art and hold competitions to make eagle hunting an important element of ethno-tourism in Kazakhstan, said Minister of Information and Social Development Dauren Abayev.

The new initiatives also include a national student volunteer programme that will coordinate the work of national university and vocational school student volunteers helping those with disabilities, the elderly, orphans and the homeless.

The government will allocate 24.6 billion tenge (US$64.8 million) from the national budget for the initiatives, said Deputy Prime Minister Gulshara Abdykalikova.

These initiatives join a five-part draft roadmap that includes 89 initiatives.

The first of the five-part roadmap involves providing housing for working youth. The government will build at least 1,000 rental apartments annually in Nur-Sultan, Almaty and Shymkent. They will target young scientists, start-up entrepreneurs and professionals who work in manufacturing, agriculture and in public organisations. Young families with children will have priority in receiving accommodation.

The second part is related to youth employment. The government will support the Zhas Kasіpker programme to teach entrepreneurship to 60,000 young people. At the same time, the government plans to issue 15,000 microloans to rural young people and fund more than 30,000 new business ideas.

The third part is directed toward education and volunteering. This part includes the Zhas Maman project to train youth in the 100 most demanded industrial and service professions. This will involve 20 universities and 180 vocational schools and is expected to reach 200,000 young people in three years.

This part also includes the Open University project, which connects all universities and vocational schools and includes a 3 billion tenge (US$7.9 million) annual funding increase for applied research. The scholarships for student volunteers will increase 30 percent.

The fourth part of the roadmap is meant to develop the social activity of youth and includes the Green City – Green Village nationwide project. The initiative recognises students working with construction companies. This part also includes the development of a military-patriotic education programme.

The fifth part of the Year of Youth roadmap supports the health and social inclusion of young families. This part of the roadmap will work in such areas as preventing suicide and promoting family values.