By Aidana Yergaliyeva in Nur-Sultan on 26 March 2019

NUR-SULTAN – Two people were killed and 27 were injured March 26 when three metropolitan buses, two passenger cars and an ambulance collided at the intersection of Kabanbai Batyr Avenue with Uly Dala Street in the capital. 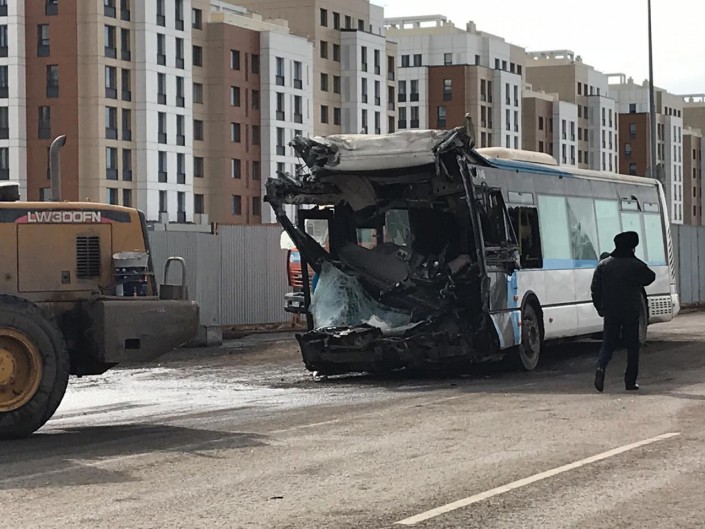 “I was driving in my car in the middle of the lane. At about 9.30 a.m., we were driving toward the city from Nazarbayev University. We stopped at the red light. At that time, on my right, there was such a strong blow, loud. As soon as we got out of the car, we saw that the bus crashed at speed. There are many victims,” said witness Bakhytzhan Sarsenov.

According to police, the bus of suburban route No. 303 ran a red light and collided with bus No. 12. Bus No. 53 and an ambulance were also involved in the crash. The driver of bus No. 303 had been a driver for more than eight years and was killed instantly.

“During this time his performance has been very good. He was calm. He did not get into accidents at all, had no complaints and [there was] no complaints about [his job performance],” said Astana Light Rail Transit (LRT) Spokesperson Nauat Azanbayeva. 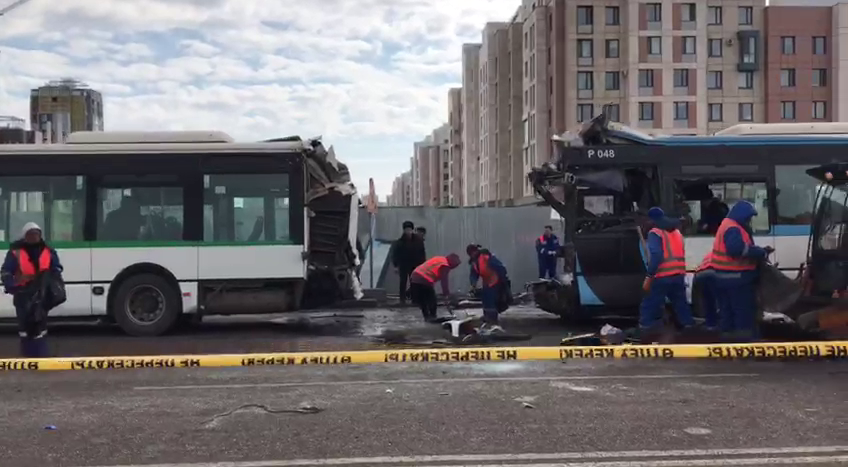 A 26-year-old woman was also killed. Of the 27 people injured, authorities believe half of them suffered serious injuries.

In the first minutes, all the drivers got out of the cars and began to help the victims, said witness Sarsenov. “The ambulance quickly arrived. [They] arrived in four minutes, took away all the victims. For which, [I] thank them very much,” Sarsenov added.

Twenty-two ambulance teams took 25 injured people to the city’s multi-purpose hospital No. 2. Three of the injured remained in intensive care at press time.

Nur-Sultan Akim (Mayor) Bakhyt Sultanov has also arrived at the scene and “personally instructed personnel to immediately provide first aid, inform all relatives, begin to help the families of the victims, to provide psychological assistance. All the necessary assistance from the akimat (city administration) will be provided,” said Akim’s (City Mayor’s) press secretary Elvira Zhurgenbayeva. 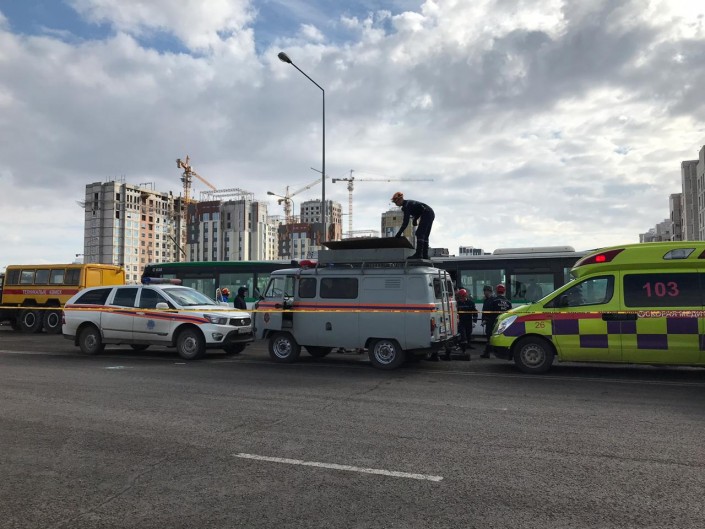 The city police initiated a pre-trial investigation under article 345 of the Kazakh Criminal Code “Violation of traffic rules, resulting in the death of two or more persons.” The police investigation identified that the car crash occurred because of the bus No. 303 that did not stop for the red light.

The buses pass the pre-trip check every morning, “therefore, now it is too early to say something about the condition of the buses. [We are] waiting for the examination and waiting for the results of the investigation,” said Zhurgenbayeva.