Peaceful sky, respect for each other unite us, says Bulgarian community leader

ASTANA – Olga Andriyevskaya, founder and chair of the Bulgarian Zlata Cultural Centre in the capital, represents the fourth generation of Bulgarians living in Kazakhstan. She feels mutual respect is the basis for the friendship and understanding among those living in the country. 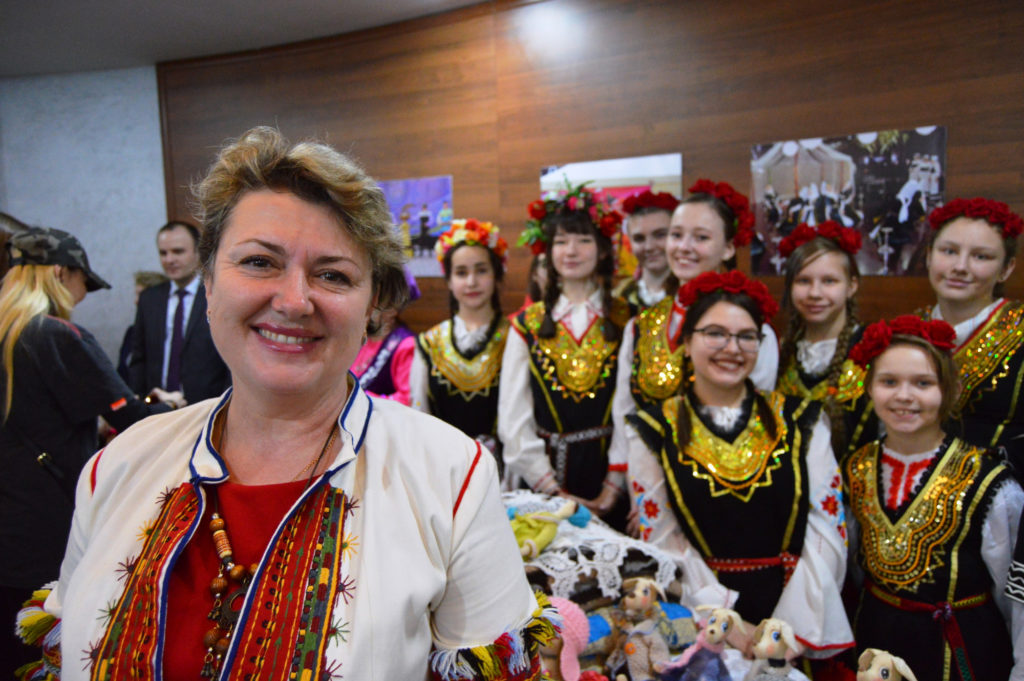 “We are united by our peaceful sky. The credit for the fact that people of 130 ethnicities live peacefully in one country should go to our President… These are not timid words; I witness what I say. In my childhood, all children played together and did not divide into ethnicities. Now I work at school, where 1,300 students study. No one is divided into ethnicities; on the contrary, we unite into one… Respect unites all ethnicities living in our beautiful state,” she said in an interview with assembly.kz.

Andriyevskaya’s ancestors, who settled nearby Pavlodar in 1910, founded two villages. The settlers made friends with the locals and exchanged traditions and customs while mastering the Kazakh language. Kazakhs taught Bulgarians cattle breeding in local climatic conditions; in turn, Bulgarians taught them to grow vegetables.

“My ancestors are voluntary settlers from Bessarabia. During the Stolypin reform, two settlements migrated towards Kazakhstan to look for empty land. In 1910, they settled 30 kilometres from Pavlodar’s Irtysh Land and founded the Andrianovka and Razumovka villages,” she said.

“I already represent the fourth generation of Bulgarians who live in Kazakhstan. Kazakhstan is our homeland which we love and appreciate and we try to pay tribute to our ancestors and the local people for sheltering us,” she added.

Andriyevskaya’s family is multinational and she calls her family the Small Assembly, referring to the Assembly of the People of Kazakhstan.

“My father is a Bulgarian, my mother is Ukrainian and my husband is Russian according to his passport, but he has Ukrainian, Polish and Czech blood flowing in his veins. My daughter-in-law is Tatar; therefore, our family is the Small Assembly,’” she said.

Andriyevskaya has lived in the capital since 2000, teaching biology for the last 19 years at School – Gymnasium No. 6. Her late father, Oleg Dymov, has worked at the assembly since it was formed. 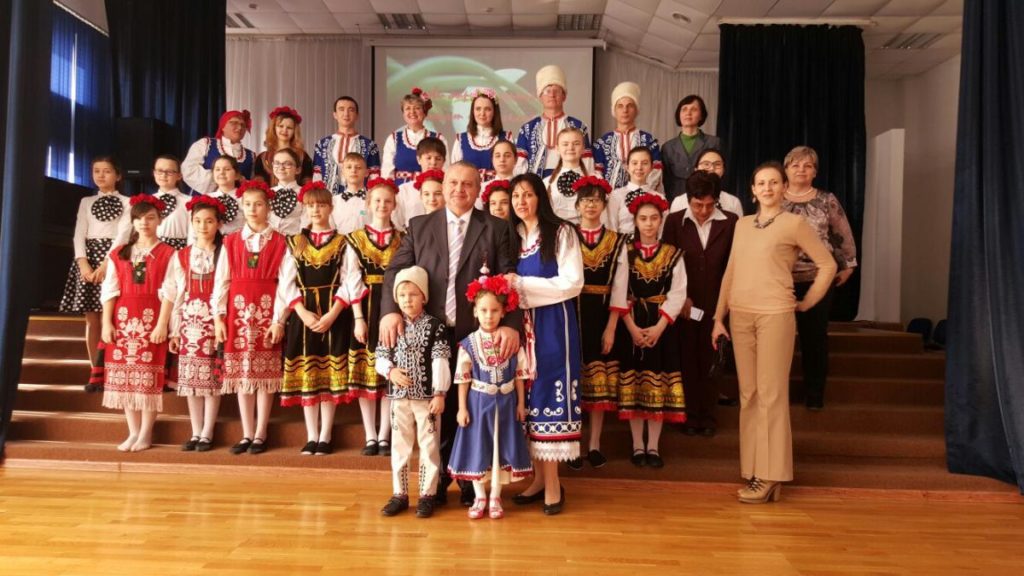 “When our President founded this unique structure, my father began working in the Secretariat of the Assembly and devoted his whole life to it. Everyone in our family was aware of events that took place at the assembly,” she said.

In 2011, they founded the Zlata Cultural Centre in the capital with 20 people; it currently has approximately 40 Bulgarians. The centre welcomes people of any ethnicity; its vocal and dancing groups have participants of different backgrounds.

“When I am in Bulgaria, I need three-four days [to get used to language,] understand and speak [it]. My father spoke Bulgarian, but, unfortunately, he did not teach me,” said Andriyevskaya. “There is a Sunday school in Pavlodar where volunteers teach Bulgarian. In the Aktobe Region, there is the Bulgarka village that has a Bulgarian school.”

The centre actively participates in city events showing Bulgarian culture, songs and dances. It also works closely with the Bulgarian Embassy, participating in its events and inviting the embassy to festivals and holidays it organises.

“Last year, we held the Memorable Evening of the Holocaust at Gymnasium No. 6 attended by the Ambassadors of Bulgaria and Israel. Very often, the Bulgarian Embassy provides us with information about competitions that take place in Bulgaria,” she said.

“This summer a woman, Gulmira, who has been living in Bulgaria for 11 years, came to Kazakhstan. She is a Kazakh woman, married to a Bulgarian man. She has a great desire and interest for Kazakhstan and Bulgaria to closely cooperate and exchange culture. She provides great assistance and support to the centre in organisational matters,” she noted.

Bulgarians celebrate March 1 as Baba Marta national holiday that indicates the beginning of spring. The holiday is similar to Nauryz (Traditional New Year celebrated in Kazakhstan and numerous other countries in the region and beyond). People prepare treats, play games, sing songs, arrange ring dances and exchange martenichki (red and white tassels worn on the wrist), which symbolise health, cleanliness and well-being.

“Many legends are associated with the holiday. One of the most popular is about the founder of the Bulgarian state, Asparuh Khan… One day, being away from home, the khan decided to send a message to his sister about his health state by a pigeon. After receiving the news from her brother, she was delighted and tied the paw of the pigeon with white threads. On the way, the pigeon injured the paw and one thread turned red. After the pigeon delivered the news about the sister’s well-being, the khan ordered making a celebration of that day,” explained Andriyevskaya.