By Dilshat Zhussupova in Nation on 25 March 2019

NUR-SULTAN – Nazarbayev University’s model for strategic development, based on partnerships with top research universities, has proven valuable for fast-paced growth and will likely be emulated in other academic institutions, said Duke University Vice President for Public Affairs and Government Relations Michael Schoenfeld in an interview with The Astana Times. 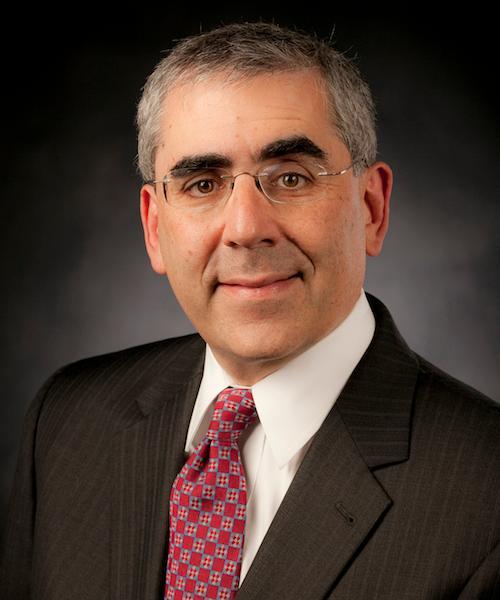 In 2009, strategic partners Nazarbayev University (NU) and Duke University’s Fuqua School of Business leveraged their leadership, faculty and expertise to build a world-class business school in Kazakhstan. NU gained advice and insight into best practices on admission standards, classroom design, curriculum development and faculty recruitment, and its students now pursue a Master of Business Administration (MBA), an Executive MBA, a Master of Science in Finance and an Executive Education at the Graduate School of Business. In early March, NU students completed their two-week residency at Duke University’s Fuqua School of Business in Durham, North Carolina.

“The opportunity to partner, innovate, be entrepreneurial in an environment that is very excited about entrepreneurship and create a presence in a part of the globe that is growing and changing rapidly and is committed to developing the best practices for business – those were all things that were attractive to Duke University back in 2009 [when we were approached by NU], in 2010 when we signed the initial agreement and in 2017 when we renewed it,” said Schoenfeld on the strategic partnership that will continue through 2022.

“It takes a long time to develop a world-class academic institution, and NU is doing it very quickly,” said Schoenfeld. “Duke also developed very quickly. It is the youngest of the major elite universities in the United States and was founded in its current form in 1924. There is a certain kinship between a university in Kazakhstan that was looking to develop quickly and Duke, a university that has also been young, ambitious and fast-moving.”

“Yes, Asia is large, vibrant and rapidly growing, but it is also a nexus for many of the political, social, economic, cultural and scientific ideas that are important to the world today,” said Schoenfeld on the university’s presence in Asia. “How can you study the environment and come up with ideas for how to address major environmental and climate issues without spending a lot of time in Asia? How can you develop new ways of looking at public or global health without looking at Asia, and how can you explore the historical trend of connecting the old with the new in culture without looking at Asia?”

Importantly, higher education is currently shaped by the ubiquity and speed of information in the digital age, a reality that Duke University and NU do not take for granted.

“Education has to be more than just learning facts,” said Schoenfeld. “It has to be about constantly innovating and creating opportunities for individuals to learn skills and how to use those skills. I feel very strongly that universities are forces for good because they are places where difficult conversations can take place, where people with different points of view can come together and where ideas can be nurtured, developed, debated, tested and activated – and that is what you see at a place like Duke and NU.”

Schoenfeld also sees a role for universities in extending innovation and knowledge beyond the university campus.

“There is no question that there is strong public interest in research and discovery,” he said on his non-profit website www.futurity.org. “Through Futurity, we are able to aggregate the best, most interesting research that comes out of the best, most interesting research universities in the world. We then present the research directly to readers through our website, social media and newsletter. That creates an awareness and an understanding of the research and, hopefully, support for the individuals and institutions doing the research.”

NU aims to join the global rankings of leading research universities by 2030 by pursuing innovation, academic and research excellence, production-oriented research and leadership in education reform and healthcare service models.

“I suspect that when NU gets to that point of entering the ‘race’ (in global rankings), it will surprise a lot of people because of the scale and strength of the institution,” said Schoenfeld. “If the Eurasian region continues to be a relatively stable place for innovation that develops ideas for economic activity, creating new knowledge and being a hospitable place for academic freedom, then I think that NU has a very good chance of being recognised among the top universities in the world.”