By Dilshat Zhussupova in Sports on 15 March 2019 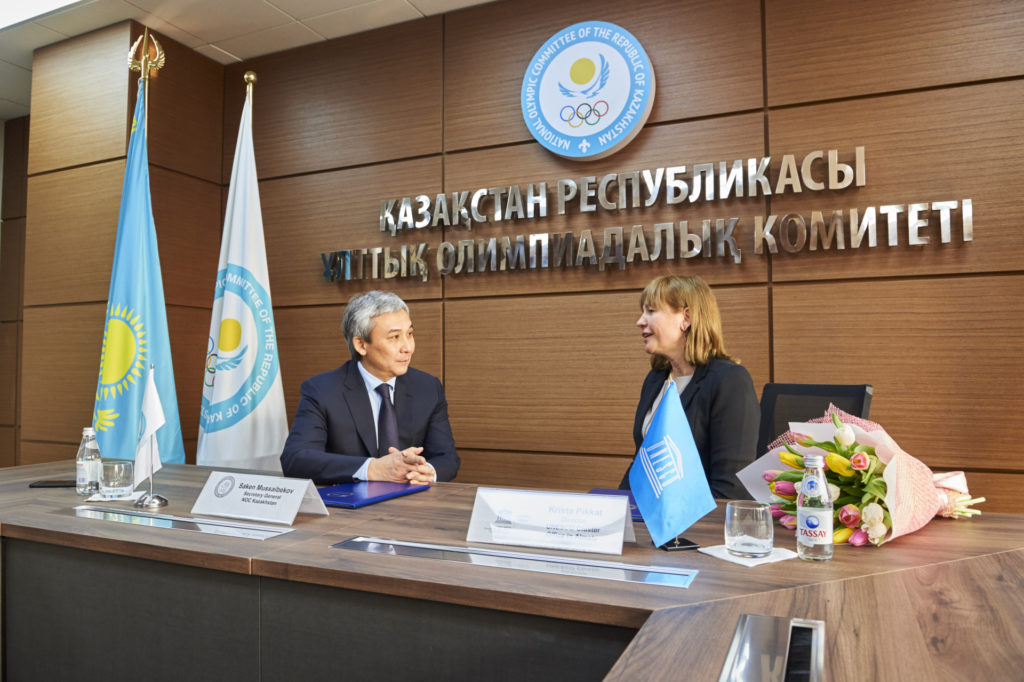 “For UNESCO, sport is not merely a competitive culture of physical activity. Sport is a key tool for forming a tolerant, just and peaceful society – it unites people, no matter their gender, race and values,” said Pikkat at the ceremony.

The National Olympic Committee and UNESCO will focus on advancing inclusive and equal access to sports, education, gender equality, anti-doping efforts and the Olympic Movement in Kazakhstan.

The signed memorandum between the organisations is the first such memorandum in Central Asia. National Olympic Committee and UNESCO have cooperated on projects, including the Dec. 13-14 programme Women Athletes’ Career Transition in which the career opportunities, communication skills and financial literacy of female athletes beyond sport was discussed.

Kazakhstan ratified the latter convention in 2010, committing to facilitating doping controls, supporting national testing programmes, encouraging the establishment of codes of conduct for sport and anti-doping professions and best practices in product labelling, marketing and distribution, withholding financial support from those who engage in or support doping and funding education and research on drugs in sport.