More than 100 clinics and hospitals offer free healthcare in Almaty

By Zhanna Shayakhmetova in Nation on 11 March 2019 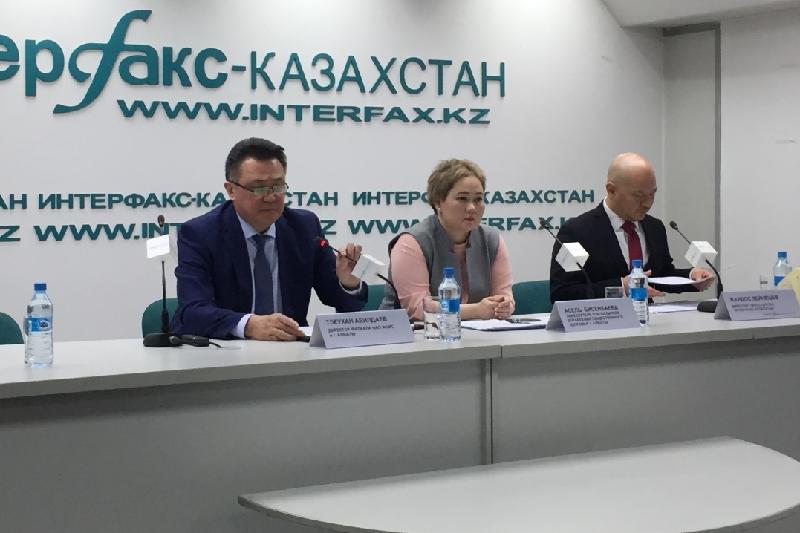 “The number of private healthcare providers working with government has doubled over the past two years. Also, 77 clinics including 38 private offer services,” he said.

The residents should choose the hospital close to their place of residence taking into account other preventive services.

“If a person chooses the hospital, which is located in another district or located far from his or her home, free services are not available,” he said.

Some 88 hospitals will be opened this year to reduce the burden on primary care physicians.

“We need to ensure that the doctor can fulfil duties and is able to improve the level of qualification,” said Deputy Head of Almaty Healthcare Department Assel Bissenbayeva.

“The digitisation programme is being implemented. Some 79 medical organisations launched the paperless medical documentation. More than 1.5 million people have electronic passports. The work in this direction continues,” she said.

The mobile apps were developed based on the Damumed medical information system to make an appointment, call a doctor at home or get the laboratory results.

The total contracts of the Social Health Insurance Fund with Almaty medical organisations are worth 105.2 billion tenge (US$278 million).

Overall, 149.2 billion tenge (US$400 million) were allocated by employers and individual entrepreneurs for compulsory social health insurance in the period from July 1, 2017 to Feb. 28. In terms of regions, the largest amounts were allocated in the Almaty, Astana and the Karaganda regions.

Recently, the Ministry of Healthcare reported that public health expenditures will increase by two-fold due to the expansion of the vaccination programme, screening of major diseases, raising awareness of healthy lifestyles. The spending will be about 74 billion tenge (US$195 million) by 2022.