ASTANA – Kazakhstan expects to export nine million tonnes of grain and flour this year, including increased shipments of domestic wheat to China, one of the world’s largest markets. The country delivered 307,000 tonnes of wheat to China in 2017 and almost two times more – 560,000 tonnes – last year. Experts believe that in 2020, the amount will increase to one million tonnes. 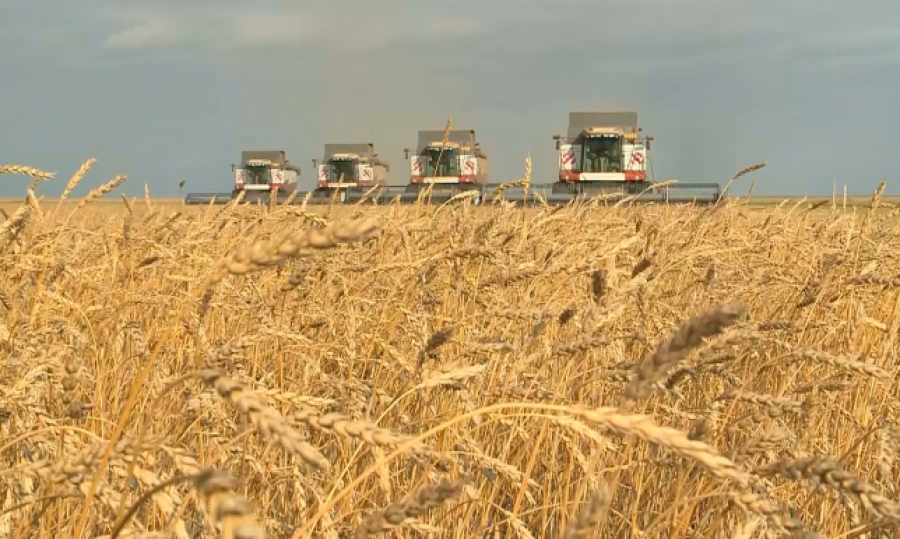 “Kazakh wheat is in great demand in China and it goes to different provinces of the country, but most Kazakh products remain in northwestern China,” said Food and Agreement Corporation representative Timur Mendigaliev, reported Kazakh TV.

“Export of Kazakh flour to China is increasing, as Kazakh flour is a natural product. Meanwhile, Georgia is among those who want to get Kazakhstan’s wheat. The country intends to purchase a fairly large amount of domestic grain,” he added.

China imports products from many countries and those grown in Kazakhstan are among the favourites, said Chinese People’s University expert Bian Yunzzu.

“Your grain is better both in quality and taste. Today, the Akmola, Kostanai and North Kazakhstan regions export wheat to China. In addition, this year barley and maize are among the exported crops to the country,” he noted.

Afghanistan and Uzbekistan, which buy more than 50 percent of the exported volume, are the main importers of Kazakh wheat, according to Agriculture Management Senior Specialist Nursultan Kabdelov. Kazakhstan is opening new markets, such as Bangladesh, Finland and Israel, and exported grain for the first time last year to countries such as Egypt, Latvia, Norway, Spain, Tunisia and Ukraine.

“Kazakh wheat is freely transported to the countries of the Southeast Asian region. For example, last year 30,000 tonnes of grain were delivered to Vietnam and today, the relevant departments are actively working to increase the volume of quotas for Kazakh wheat,” said Mendigaliev.

“We have good relations with Kazakhstan and we are actively negotiating to increase supplies of Kazakh wheat. Over the past three months, 40,000 tonnes have been delivered. This is miniscule and it would be very good for us to increase the figures,” said Levan Silagava, head of the Georgian Association of Grain and Bakery Producers.