ASTANA – Kazakh-French business cooperation in solar energy is being strengthened as the parties work on French President Emmanuel Macron’s visit to Kazakhstan scheduled for the second half of 2019, said Kazakh Ambassador to France Jean Galiev at a March 8 Kazakh-French forum on digitisation and alternative energy in Cannes. 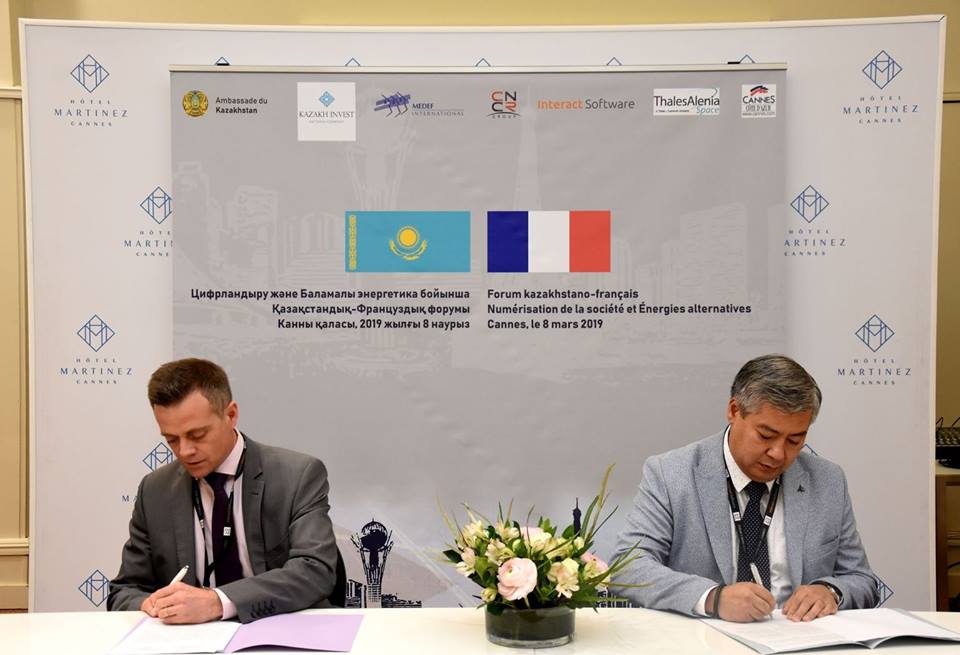 At the forum organised by the Kazakh Embassy in France, the Kazakh Honorary Consulate in France, Kazakh Invest and the Movement of Enterprises of France, the Kazakh Association of Solar Power shared its experience in constructing and commissioning solar power plants, including Burnoye Solar 2. The solar power plant was recognised as the best solar deal in Central and Eastern Europe at the 2018 Europe, Middle East and Africa Project Finance Awards.

At the forum’s conclusion, a memorandum of mutual cooperation was signed by the Kazakh Association of Solar Power and Urbasolar SAS. The association aims to create informed policy and investment-conducive conditions for the development of solar energy in Kazakhstan, and the French firm designs, builds and operates photovoltaic power plants in Europe. The memorandum will provide a new impetus to Kazakh-French business relations in alternative energy, said Kazakh Association of Solar Power Head Nurlan Kapenov and Urbasolar SAS International Director Paul Keurinck.

Electricity generated by renewable energy sources represented 1.2 percent of the country’s total electricity production in 2018 and 1 percent a year earlier. This share is set to increase by the year’s end given recent developments in the solar energy sector.

Kazakhstan saw a 9-percent increase last year in its volume of solar power-generated electricity. The 2018 volume was 107.1 billion kilowatt hour (kWh) compared to 103.1 billion kWh in 2017. Notably, a solar power plant in Saran in the Karaganda Region began operating in January and is the largest in Central Asia with a capacity of 100 megawatts.