ASTANA – Following the resignation of the first president of Kazakhstan, Nursultan Nazarbayev, on March 19, many citizens of Kazakhstan were shocked and turned to social media to share their reactions. 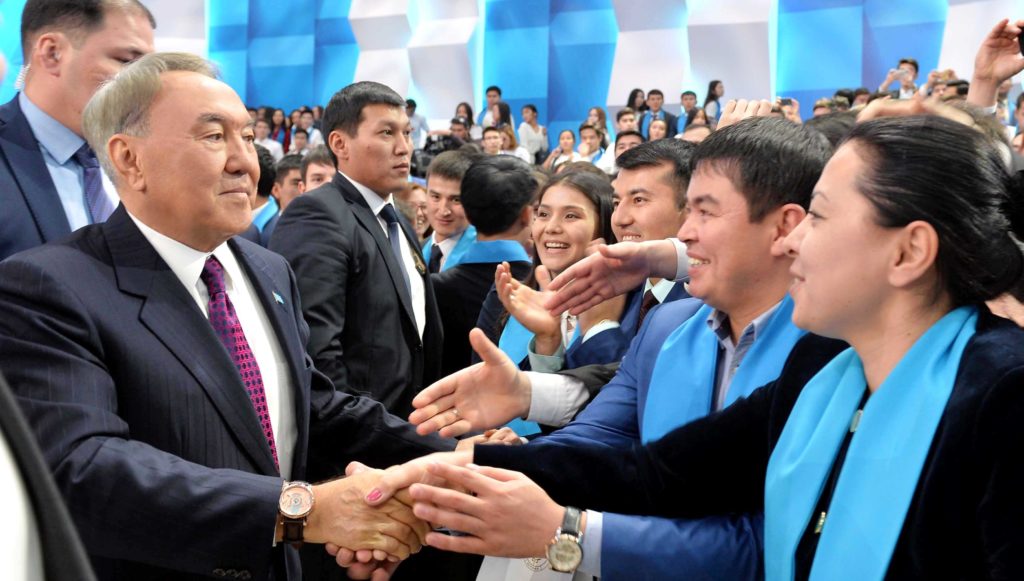 In the wake of Nazarbayev’s resignation, Kazakhs reacted with an array of emotions. Photographer Nazgul Kenzhetay approved of this decision and summarised Nazarbayev’s work in her Instagram post: “Very smart decision! Nursultan Nazarbayev is a worthy aksakal (wise old man) of our country! We are grateful to you!”

Almaty resident and sales worker Kulzhazira Yerdenova also expressed her gratitude in her Instagram post: “Today I, just like everyone else, got shocked by political news regarding the resignation of our leader Nursultan Nazarbayev – it really touched my feelings. I can’t imagine Kazakhstan without our president. 30 years of governance! He managed to create a strong and independent state of Kazakhstan!”

At the same time some citizens were expressing their anxiety over the change. A housewife from Karaganda, Olga Kessler, wrote: “President of Kazakhstan has resigned… I’m speechless… I had no idea this would happen… What’s going to happen next? I don’t know. To be honest, I’m a bit anxious,” Kessler shared her emotions in her online post.

Other commenters on social media, whose tweets have gone moderately viral, tried to come to terms with a shock caused by a sudden announcement: “The entire state feels like it is left to wait in line with adults, the parents are away. We were not ready for this,” wrote Kazakh @B17ibrayev on Twitter.

“Oh god, something turned upside down inside of me” wrote @letnieno4i.

Shymkent residents interviewed by the nur.kz website expressed a mix of trust in Nazarbayev’s decision and uncertainty about their future.

“I’m shocked. It was like a stroke at that moment, I got scared. What’s going to happen now?”  Natalya Romanova told nur.kz.

“This is a historical event for our country. Our President made a wise decision, not everyone can do it,” Yelaman Zholdas said.

“Well, you see it’s been 30 years. Time passes, our president sees that there is a need for change. Don’t see any reasons to panic about it. He remains with us,” Boris Aleksandrovich told nur.kz

“I was upset over Nazarbayev’s resignation, it was scary and unclear, who will serve as his replacement. But Tokayev is a good civil servant and an authoritative politician, I think it will be fine. Probably right now all civil servants are scared of changes. We’ll see what happens,” said Ilyas Karimov.

Nazarbayev’s resignation has already inspired a song by Diana Idris, a blogger from Shymkent. In her song, Idris wanted to assure citizens of Kazakhstan that Nazarbayev knows what he is doing.

Nazarbayev first became the head of the state in 1991. Kazakhstan’s ex-senate speaker Kassym-Zhomart Tokayev was sworn in as the republic’s new president on March 20, 2019. Tokayev will serve as the country’s president until the term of his predecessor expires in 2020.