By Aidana Yergaliyeva in Sports on 7 March 2019

ASTANA – Kazakh professional tennis player Alexander Bublik won March 3 the inaugural Teréga Open Pau-Pyrénées in the singles final in the city of Pau, France. This is his second trophy of 2019 season and the fifth in his career on the Association of Tennis Professionals (ATP) Challenger Tours. 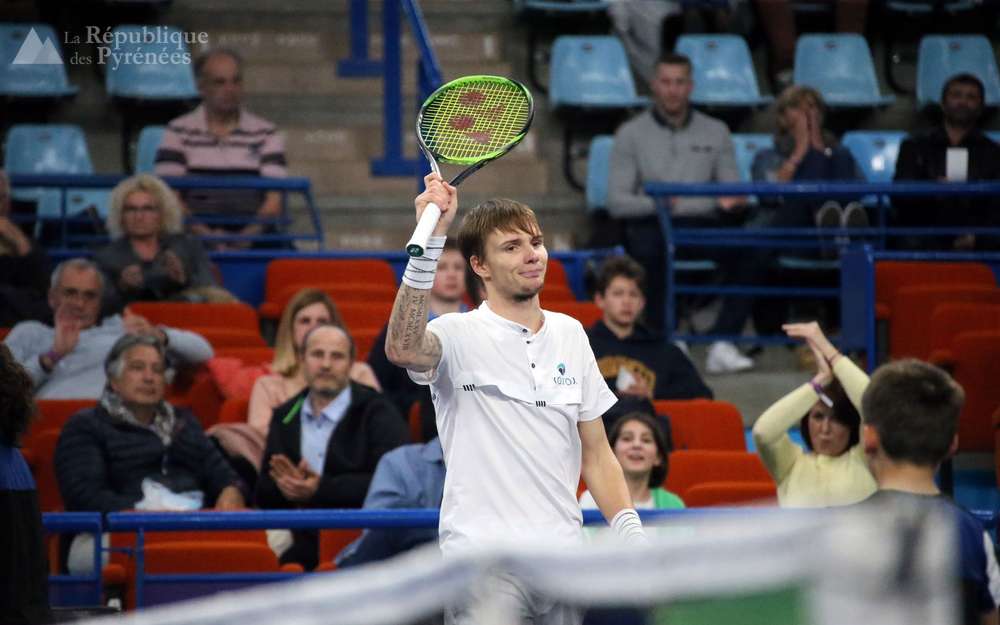 In the final match, Bublik beat Norbert Gombos from Slovakia 5-7, 6-3, 6-3, reports sports.kz. During the one hour and 44 minutes match, Bublik fired 13 aces, winning 77 percent of his first service points.

He won his first trophy of the season Feb. 10 at Hungarian Challenger Open in Budapest. The second ATP Challenger trophy brings Bublik 90 ATP Ranking points and a cash prize of $10,431.5. The tournament’s prize fund is $78,548.7.

Earlier the same day, British Scott Clayton and Canadian Adil Shamasdin won the doubles final of the tournament. The unseeded duo fought past No. 4 seeds Sander Arends from the Netherlands and Tristan-Samuel Weissborn of Austria with scores 7-6(4), 5-7, 10-8.

At the age of 21, Bublik is 153rd in singles, 300th in doubles in the world ranking. He is seven-time winner of tournaments of the International Tennis Federation (ITF) Futures series, the lowest ladder in world professional tennis tournaments, in years 2014, 2015 and 2016. Bublik won silver at the Asian Games in 2018.

Pau is the cultural and sports capital of the Nouvelle-Aquitaine region in France located at the northern edge of the Pyrénées Mountains.

The ATP Challenger Tour winners can advance to play for the main draw or qualifying draw entry at ATP World Tour tournaments.