ASTANA – As of January, the National Social Insurance Fund has accumulated 1.4 trillion tenge (US$3.7 billion) and is reaching 6.126 million citizens, or 70.3 percent of the country’s working population, said Vice Minister of Labour and Social Protection Svetlana Zhakupova at the recent discussion by the Mazhilis (lower house of Parliament) of the mandatory social insurance bill. 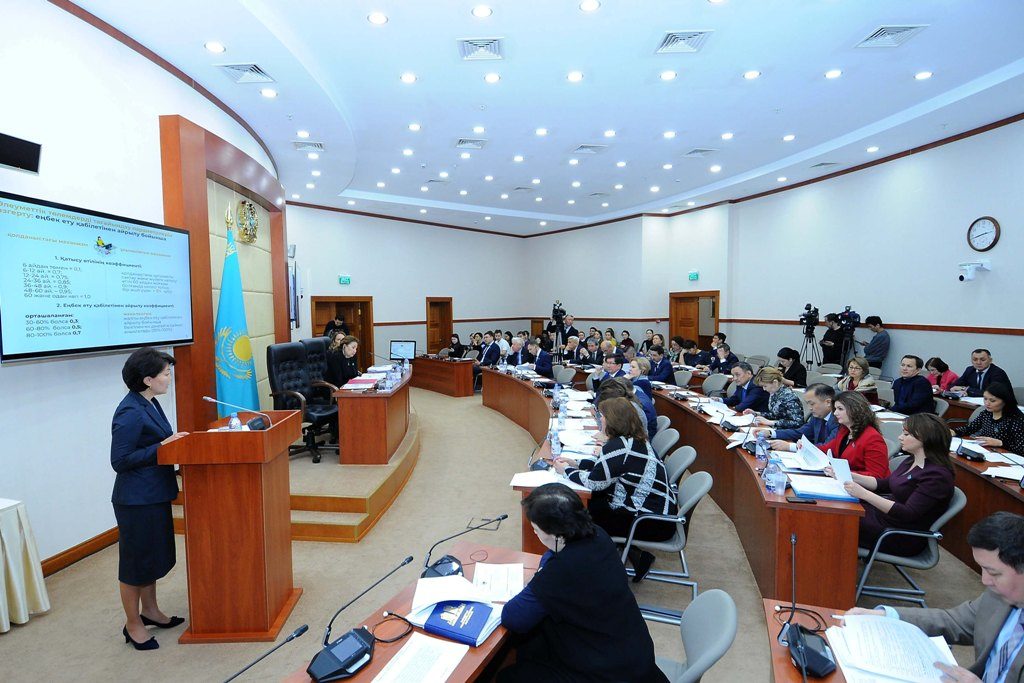 “The goal of the bill is to strengthen the legal, economic and organisational foundation of mandatory social insurance in Kazakhstan in several areas, such as strengthening the link between one’s duration in the system of mandatory social insurance and amount of social payments, increasing the social security of the working population and increasing labour motivation and interest in formal employment,” said Zhakupova addressing the deputies.

The document revises social benefits across three types of social risks – loss of earning capacity, loss of wage earner and loss of job. The system also envisions risks such as loss of income due to pregnancy and child birth, adopting a newborn and the first year of childcare.

The ministry has suggested revising the coefficient for the length of time a citizen participates in the pension system for recipients who have been in the system more than five years.

The figure is currently 1.0 for citizens with five or more years in the system. With that coefficient in place, given equal conditions, recipients involved for 60 months and 120 months are entitled to the same amount of social allowances.

“In this regard, we are suggesting preserving the current coefficients in case of one’s presence in the system for up to 71 months and for every next year, over 60 months, increase the coefficient to two percent,” read the Mazhilis press release on the event.

Social payments in the case of loss of earning capacity will depend on the degree of loss of capacity to work ranging from 30-100 percent. The degree is determined by medical and social expertise. Currently, the system uses average coefficients.

Job loss will ensure increasing the coefficient to substitute income from 30 percent to 40 percent and the social allowance payment term from four to six months depending on one’s duration in the system.

The efforts also include continuing social payments to families with newborns, despite the parents’ employment status, to ensure equal right to allowances at the minimum guaranteed level of state benefits until the child reaches age one. Even if a recipient resumes his or her job, he or she will continue receiving payments while the social security payment will decrease to the state benefit level.

In its press release, the Mazhilis said the bill will “positively affect people’s encouragement to be formally employed, strengthen the social security of the working population and serve as a stimulating factor for working citizens to get involved in mandatory social insurance.”

The bill will be discussed at an upcoming meeting headed by Mazhilis Deputy Aigul Nurkina.