By Malika Orazgaliyeva in International on 7 March 2019

ASTANA­ – Kazakh Foreign Minister Beibut Atamkulov stressed the need to find comprehensive solutions to the Palestinian problem, promote the Middle East peace process and stabilise Afghanistan during the March 1-2 46th Session of the Council of Foreign Ministers (CFM) of the Organisation of Islamic Cooperation (OIC) in Abu Dhabi. 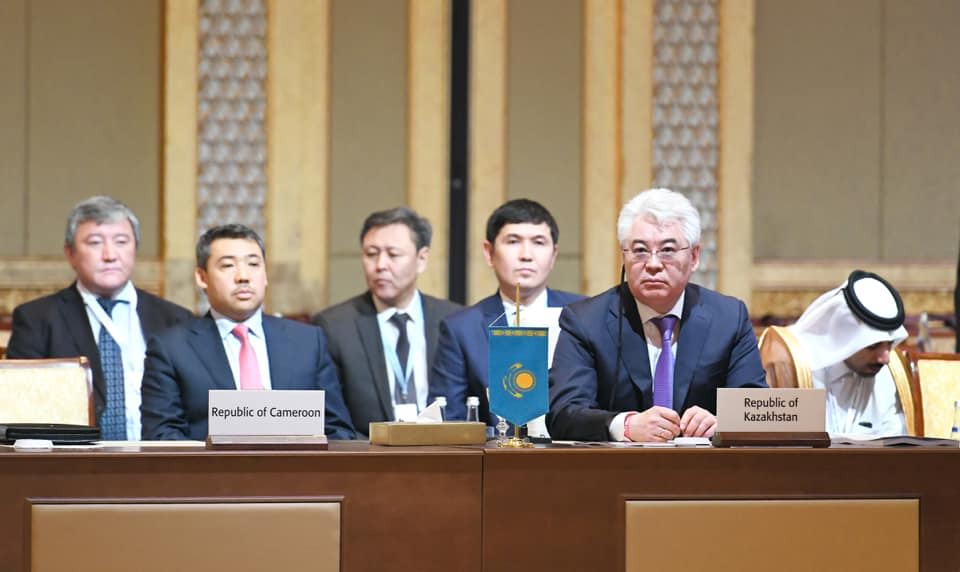 Atamkulov noted Kazakhstan’s contribution to seeking peace in Syria through Kazakhstan’s Astana Process peace talks, the 12th round of which is now scheduled for April in the Kazakh capital. The minister also urged the international community to continue efforts to seek peace in Syria.

Atamkulov also urged India and Pakistan to exercise restraint and adhere to international law to prevent an escalation of tensions following the recent  heightening of tensions between the two countries.

The head of the Kazakh delegation also urged the OIC to implement initiatives proposed by Kazakh President Nursultan Nazarbayev, including the Islamic Rapprochement Initiative to address challenges in the OIC area of responsibility.

The minister also thanked OIC countries for joining Kazakhstan’s initiative to adopt a Code of Conduct towards Achieving a World Free from Terrorism.

The foreign minister also called on the OIC to participate in the work of the Islamic Organisation for Food Security (IOFS), which was initiated by Kazakhstan. The IOFS General Assembly is expected to hold its second session later this year in Kazakhstan.

Atamkulov also noted Kazakhstan’s contribution to global interfaith harmony through the hosting of the Congress of Leaders of World and Traditional Religions in Astana every three years. 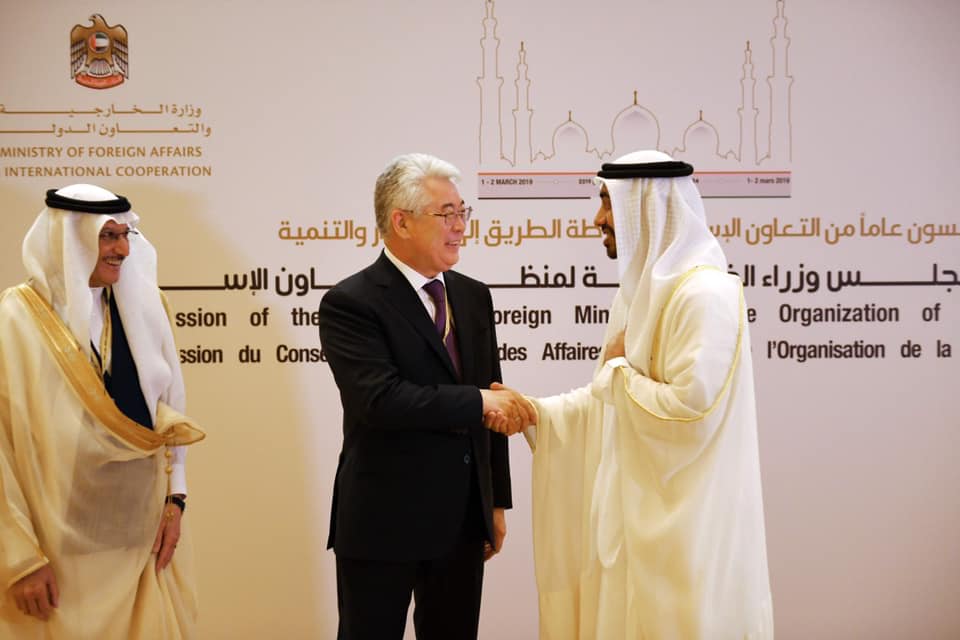 Atamkulov expressed appreciation to Uzbekistan for the continuation of President Nazarbayev’s initiative and for the organisation of the upcoming second OIC Summit on Science and Technology in 2020 in Tashkent.

The ministers adopted more than 130 resolutions during the meeting that included all of Kazakhstan’s initiatives.

Atamkulov also met on the sidelines of the event with the foreign ministers of Kuwait, Saudi Arabia, the United Arab Emirates, Jordan and Indonesia.

First Deputy Prime Minister, Minister of Foreign Affairs of Kuwait Sheikh Sabah Al-Khalid Al-Sabah thanked Kazakhstan for its work as a non-permanent member of the UN Security Council and for cooperating with Kuwait within the  UNSC.

“We regard Saudi Arabia as an important partner in international and regional political and economic processes. The positions of our countries on international issues are similar in many ways, and mutually beneficial cooperation continues within the UN, the OIC and other international organisations,” the Kazakh foreign minister noted.

During talks with Minister of Foreign Affairs and International Cooperation of the United Arab Emirates Sheikh Abdullah bin Zayed Al Nahyan, the sides agreed to expand trade and economic engagement and noted projects underway in Kazakhstan to attract capital from the UAE. They also discussed upcoming bilateral visits

The UAE is Kazakhstan’s largest Gulf Arab nation trading partner, with trade reaching $486.9 million in 2018. Over the first six months of last year, investments from the UAE in Kazakhstan totaled$257.9 million.

Atamkulov also highlighted the potential for bilateral cooperation with the UAE in the space industry. This year, the UAE is preparing to send an astronaut from Kazakhstan’s Baikonur Cosmodrome to the International Space Station.

In discussions with Jordanian Minister of Foreign Affairs and Expatriates Ayman Al-Safadi, the parties agreed bilateral trade can be increased and a roadmap is needed to outline cooperation measures.

Bilateral and regional issues were also discussed with Indonesian Minister of Foreign Affairs Retno Marsudi. Atamkulov and Marsudi agreed on the need to increase bilateral trade and intensify transport and logistics collaboration. Atamkulov also briefed Marsudi on the capabilities of the Kazakhstan terminal in the Chinese port of Lianyungang, regarded as the sea gate of Kazakhstan to the ASEAN countries.