By Dilshat Zhussupova in Sports on 14 March 2019 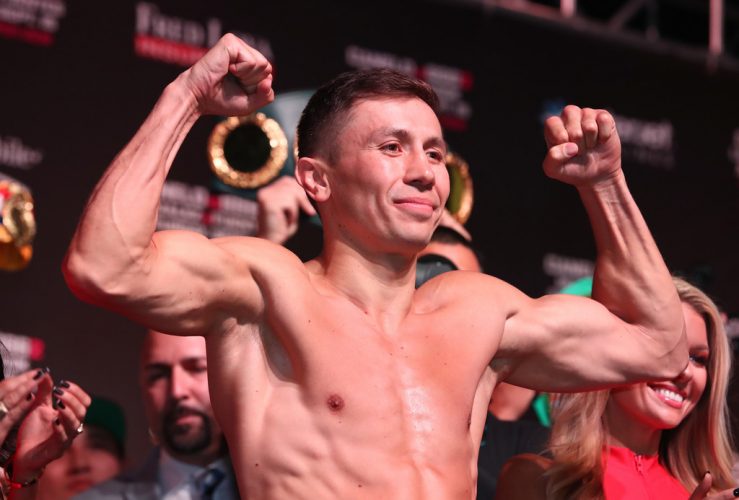 No longer appearing on pay-per-view, the former middleweight world champion’s fights will be available to DAZN subscribers at no extra charge in all DAZN markets, including Kazakhstan. GGG Promotions will also present two shows per year on DAZN in 2020 and 2021.

“Gennady Golovkin is a generational talent with international appeal,” said DAZN Group Executive Chairman John Skipper to the press service on the boxer with 38 wins, 34 wins by knockout, one loss and one draw. “We’re confident he will bring his passionate fans to the platform as we produce tentpole events with his team over the next several years.”

Thirty-six-year-old Golovkin expects to fight in June, and his opponent will be named at a later date. He hopes to keep working with his promoter Tom Loeffler and trainer Abel Sanchez.

“A third fight between Gennady and Canelo is a fight that fans want to see,” Skipper said on Golovkin’s potential third bout with DAZN fighter Canelo Alvarez in a March 11 press conference in Los Angeles. “We are focused right now on the fight May 4 with Canelo and Danny Jacobs. Danny Jacobs also happens to be a DAZN fighter. We’re focused on the fight Gennady will have in June, which we also expect to be a difficult fight.”

“It was difficult,” said Golovkin on his disputed loss to Alvarez in their Sept. 16 rematch in Las Vegas. “I gained a lot of knowledge and experience from that fight, and it will only help me [as I go forward]. It was a big experience.”

“DAZN has quickly become the new home of boxing by making the biggest events easily available to the fans,” said Golovkin to the press service. “When deciding on where I wanted to continue my career, DAZN’s global vision perfectly matched my goals – not just for my career but the opportunity to showcase talented Eastern European fighters to the world.”

“The business is done, and now I want to do the best fights the fans and the people want to see,” he added at the press conference.