By Aidana Yergaliyeva in Nation on 21 March 2019

ASTANA – In the wake of the surprise March 19 resignation of Kazakhstan’s founding President Nursultan Nazarbayev, experts on the country and region praised the former President and noted the stability Nazarbayev created and has now passed to the next generation. 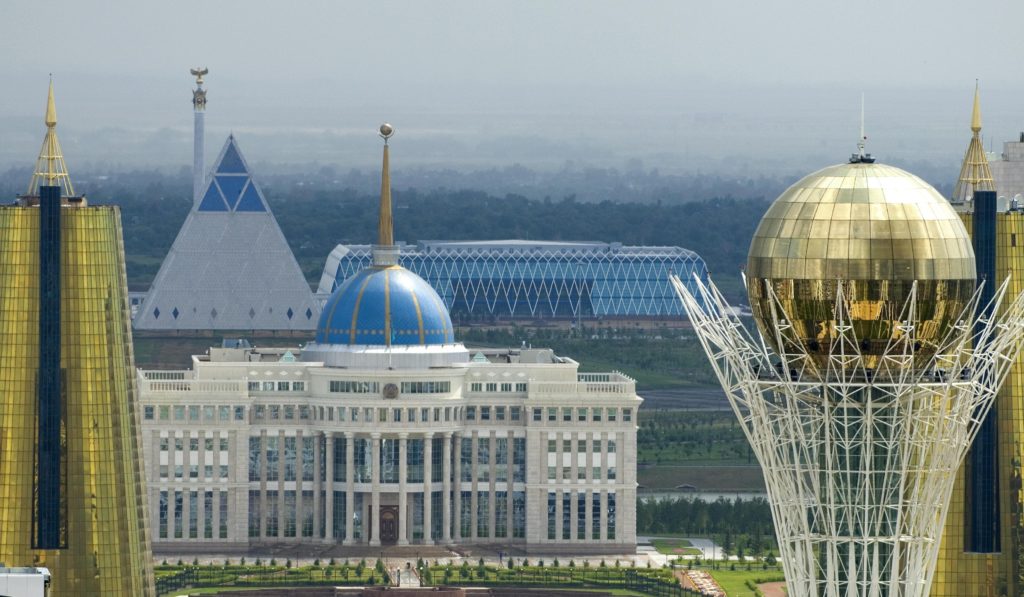 Nazarbayev resigned during a national televised address. Former Speaker of the Kazakh Senate Kassym-Jomart Tokayev took the oath of office March 20 at 12 p.m. in Astana.

Yerlan Karin, chair of the Kazakhstan Council on International Relations (KCIR), noted in his Telegram channel that Nazarbayev leaves office at a time when he remains highly popular among people.

“Nursultan Nazarbayev surprised everyone by ending his presidential powers at the peak of his political influence, having an absolute index of the level of political support among the population. So much so that he could go to the polls again and confidently confirm his mandate,” said Karin

Karin also noted that Nazarbayev built a stable nation over his 30 years in office and put in place government systems that would continue that stability after he left office.

“Nazarbayev purposefully built all necessary institutional and legal framework to ensure the stability of the political process and the sustainability of the state course. An effective system of state institutions has been created in the country, capable of ensuring the fulfillment of the strategic tasks set by Elbasy (Leader of the Nation, the constitutional title accorded to Nazarbayev). And regardless of the change in the (office) of Nursultan Nazarbayev, the country will continue to follow his course,” said Karin.

Zhaksylyk Sabitov, an expert from the Institute of World Economy and Politics (IWEP) under the Foundation of the First President agreed, saying, “With this statement, the First President calmed down all those who worried about the future of Kazakhstan.”

He added: “Foreign investors and the international community received a clear signal that Kazakhstan will have continuity of currency course and the status quo will remain. (And) the population of Kazakhstan also received a signal that the policy of the new President will continue the course of the First President.”

He added that the systems the former President put in place will keep the country on a stable path for a long time.

Zhumabek Sarabekov, another IWEP expert, called Nazarbayev’s decision “truly historic in nature and aimed at ensuring the most optimal conditions for strengthening Kazakhstan’s statehood. This step testifies to the sustainable development trajectory of the state institutions of independent Kazakhstan.”

The first president in Kazakh history

The former President’s length of service helped ensure stability as the country developed, said Zarema Shaukenova, director of the Kazakhstan Institute for Strategic Studies under the President.

“Many foreign experts perceive the political longevity of the first President of Kazakhstan as an important political resource and social capital… The core of Kazakh statehood, which allowed us to make difficult political, economic and social transformations, is a successful institution of the presidency,” wrote Shaukenova in a Facebook post.

Nazarbayev’s public approval did not fall below 85 percent even in the crisis years 2008-2009, said Shaukenova.

“This suggests that for the overwhelming majority of Kazakhs, the President managed to become a reliable guarantor of stability. Unswervingly following the political course, the goal (of the President), and Kazakhstan became democratic, prosperous, self-confident and self-reliant, socially consolidated and recognised by the international community,” she said.

Experts also noted that new President Tokayev is well prepared for the role and to continue the stability created under the previous president.