ASTANA – The Kazakh grain market has seen positive growth in the past year. The volume reached 10.5 million tonnes, sufficient to meet the country’s domestic demand and satisfy export needs, said Minister of Agriculture Saparkhan Omarov at a March 15 press conference. 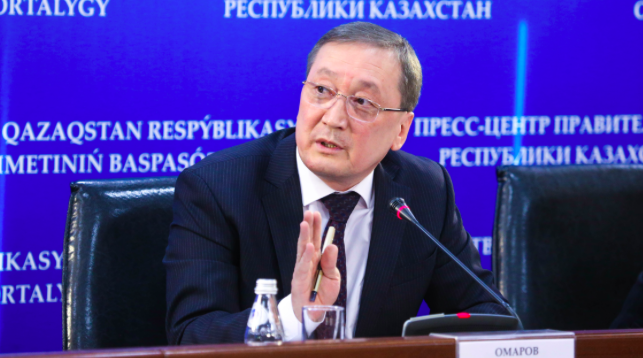 The region has witnessed an increase both in price and product demand.

“One of the factors driving these processes was a decrease in last year’s harvest in Russia by 20 percent over the previous year. The price per tonne of third-class grain reached 75,000 tenge (US$197.76). This is, of course, good for agricultural producers. Due to high prices, many producers were able to pay debts and allocate funds for spring field works,” said Omarov.

The price dynamics are shown in auction results recorded by the grain receipt holders’ electronic state registry. The system enables online monitoring of current grain volumes at the country’s grain collecting facilities and keeps track of all operations with grain receipts to ensure transparency and minimise the risk of forged receipts.

“The current volume is enough to meet the planned export indicators and ensure domestic demand, which is currently 8.3 million [tonnes]. Of those, 690,000 are for food needs, 1.6 million to be used as seeds, 730,000 for feed conveyor and 128,000 for industry processing,” said Omarov.

Kazakhstan expects to export 2.2 million tonnes through the end of the marketing year, with 6.7 million tonnes already shipped. Afghanistan, China and Uzbekistan are among the main importers of Kazakh wheat.

The country is also working to open new markets, such as Bangladesh, Finland and Israel. Last year, Kazakhstan exported grain for the first time to Egypt, Latvia, Norway, Spain, Tunisia and Ukraine.

“As a result, 2.9 million tonnes remain as a carryover. As an example, based on scientific data on bread consumption by one person [62.96 kilograms a year per person], it takes approximately 95,000 tonnes of grain per month for the entire population of Kazakhstan. This carryover balance will be enough to meet the demand for the next two and a half years, while a bit more than five months are left until next harvest,” said Omarov.

He noted the ministry is monitoring prices to prevent hikes for socially significant products, including grain.