By Aidana Yergaliyeva in Business on 20 March 2019

ASTANA – Approximately 20,000-30,000 Kazakh investors are active in the stock exchange. The Astana International Exchange (AIX) plans to expand the retail investor base in the next 12-18 months, said AIX CEO Timothy Bennett at a March 15 press conference. 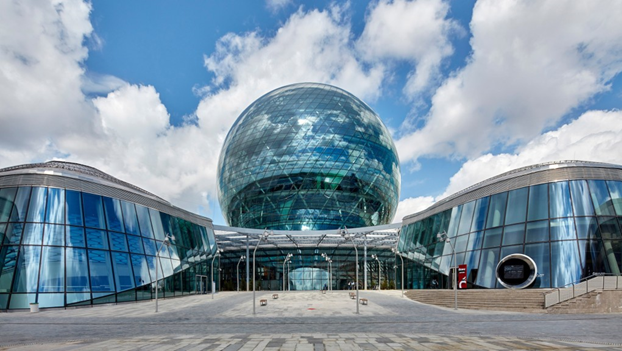 “We are working together with the Samruk Kazyna [Sovereign Wealth] Fund to ensure wide participation of retail investors so that they participate in the IPO [initial public offering]. Of course, investing in stocks is not for everyone in Kazakhstan, but we want to develop a retail investor base and companies such as Kazatomprom, Kazakhtelecom and Air Astana are a good opportunity for such investors to participate in the stock market,” said Bennett.

AIX began trading shares of Kazatomprom and its conditional trading of global depository receipts on Nov. 14.

“What is important for investors is how much liquidity is, what the turnover of the stock is. In most emerging markets, liquidity turnover is 20-30 percent and Kazatomprom already has 40-50 percent. This is even better than we originally expected. Of course, Kazatomprom is at the very beginning, the starting point. There is a lot of work, big tasks… Kazatomprom was a fantastic example,” he said.

In addition, the Ministry of Finance recently scheduled the IPOs of the country’s three largest companies. Kazakhtelecom’s IPO will be in May, Air Astana will do the offering in October or November and KazMunayGas’s IPO will be in the second quarter of 2020.

The dates might be postponed in accordance with company interests.

“Before placing shares on the stock exchange, there is a need to take into account market conditions and interest in investments. Markets and capital have been volatile for the last six months, so we are working to make these IPOs happen this year,” said Bennett.

AIX was formed in 2017 as part of the Astana International Financial Centre (AIFC). The then Kazakh President Nursultan Nazarbayev launched the initial trading session the day Kazatomprom placed its first shares. Although the AIX is new, it has a highly qualified team.

“Last year we had nine people; now, we are 65 and mostly Kazakhs. When I arrived in Kazakhstan, the big surprise for me was the enthusiasm, education level and competence of the personnel. We have a great team. Of course, we also have foreigners. There are three of us who help develop this business; together, we have more than 80 years of experience throughout the world. There are also colleagues from the Shanghai Stock Exchange who help us to build a relationship with China,” he said.

The AIFC rose to 51 of 102 in the March 2019 Global Financial Centres Index (GFCI), 37 places higher than the previous year. The centre also took first place in the Eastern Europe and Central Asia ranking.

GFCI compiles its rating relying on more than 29,000 assessments of financial centres from an online questionnaire and takes into account more than 130 macroeconomic indicators of organisations such as the Organisation for Economic Co-operation and Development (OECD) and the World Bank.