World weightlifting champion is one of Kazakhstan’s 100 New Faces

ASTANA – When Vitaly Didenko came into the sports club as a boy to improve his health, he could not imagine that within a few years he would achieve great success. One of Kazakhstan’s 100 New Faces, Didenko is a nine-time World Weightlifting Champion, World Absolute Champion and North Kazakhstan region weightlifting record holder. 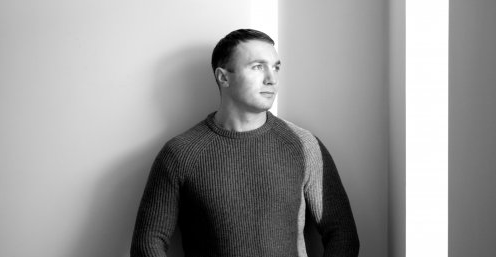 “Weightlifting is not for the faint of heart. In our sport, it is important to overcome and endure yourself,” he said in an interview with The Astana Times.

A native of the region’s Akzhan village in Timiryazev District, Didenko came to the sport at age 13 to improve his health. Today, he is an Honoured Master of Sports of Kazakhstan.

Didenko works as a general physical trainer with Kulager professional hockey club in Petropavlovsk. Coaching, however, is his first love, as it brings him great pleasure. He is also continuing his own sports career.

Didenko won his first serious medal in 2003 in Almaty at the National Youth Championship. He has never slowed down and modestly mentions his more than 50 awards, noting behind each high result is regular work and patience.

“In addition to my own effort, this victory has a great contribution from my coaches – the first coach Vladimir Nikitenko and honoured coaches of Kazakhstan Nikolai Lavrentiev and Andrey Glyvyak. I have already been doing weightlifting for 17 years. Today, I am engaged in my favourite business; it cannot even be called work,” he said.

The weightlifter has two idols – Kazakh President Nursultan Nazarbayev and Arnold Schwarzenegger. Both are outstanding personalities and ordinary people, he says, who began without special privileges and were able to achieve high results in their field.

Didenko plans to organise his own championship, win several national championships and perform for the first time at the Asian Championships in Korea in the hope of adding the title to his list of achievements.

“I would like to wish for all Kazakhs to always pursue their own if that is what they want and dream of, regardless of their field of activity. Our country does not stand still; it is developing at a frantic pace and we need to manage to grow after it and achieve success,” he said.